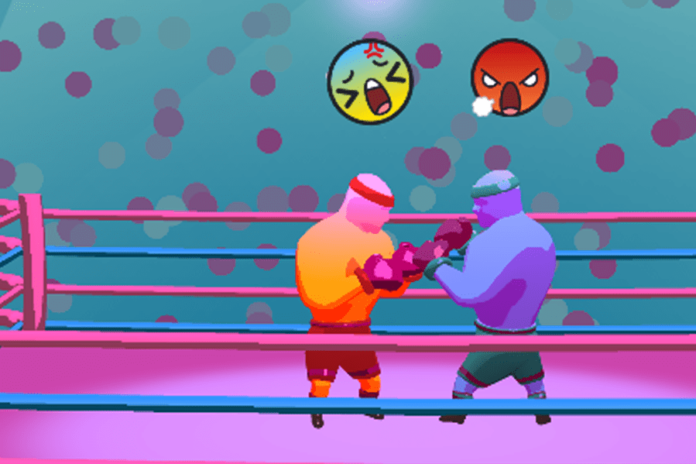 At first glance, Rokkie looks like a great little game with gorgeous low poly graphics and fluid animations, but after playing the game for a little bit, we have one killer question we will get to in just a moment, but first, let’s talk about the graphics.

For the most part, Rokkie is a beautiful looking game. The graphics are smooth, the animations are fluid, and you can tell a lot of care and thought has been put into even the smallest things such as the User Interface and even background elements that really don’t have a lot to do with the core functionality of the game itself.

Moving onto the controls you find a similar story. The game is designed in such a way that all you need are two buttons in order to block and attack which can be triggered by simply tapping on the left and right sides of the screen. Resulting in an incredibly simple and intuitive gameplay experience.

So with all these good qualities, what have we got to complain about this game?

Well, after playing the game for a little while, one thing we still aren’t fully sure of is the story or even the true meaning of the levels in this game. Each time you defeat an opponent, you move onto a higher level with an opponent that looks and feels pretty much just like your last opponent.

This process of fighting similar opponents repeats itself until you (like us) will probably begin to wonder, am I even progressing!? What is going on!?

As far as we are currently aware, the game does not feature any boss battles, nor do your opponents seemingly increase in difficulty leaving us to wonder what the point of this very carefully made low poly boxing game even is?

One guess we have is that the developers may have potentially chosen to release the game early and add essential features via future updates, which would make sense why the game currently feels so empty.

Whatever the plan is, Rokkie is a great looking game, we look forward to checking out again if/when any new features are added and things get a bit more exciting.