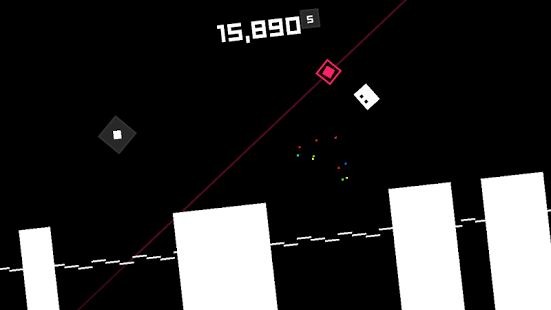 Did you read our review of Pix Hop? If you didn’t we highly recommend you do! Featuring a super simple gameplay system enhanced with awesome graphical effects and music, this game will make any action loving arcade gamer excited!

Check out our original review of Pix Hop here!

Today we would like to share with you our mini-interview with the BNOO Games Team, the creators of Super Flip.

Before we start, we’d like to thank the BNOO Games Team for participating in our interview, and for spending some of their valuable time answering our questions. Thanks guys!

So, how long have you made Apps or Games for?

I’ve been making games as a solo indie developer for 5 years now and I’ve started making mobile games one year ago. Most of my games are Game Jams builds.

Ok, so is this your first game release?

This game, Pix Hop, is my twelfth creation and the second mobile one. Pix Hop is my first game to be featured on GameJolt and Newgrounds (indie games platforms), so I decided to get it into mobile too and it got nominated in IMGA awards and will be showcasing it at Indie Prize Berlin.

So, what do you use to make your apps or games?

I mostly use GameMaker Studio to develop all my games, as it’s fine getting the prototype done in a matter of hours.

Ok, so tell us about Pix Hop!

The main inspiration for Pix Hop was walking the streets and seeing a bunch of small gaps. That made me feel like I was playing a platformer in real life, cars were enemies in that ‘game’. So I started developing Pix Hop in a minimalist theme.

So, the game is an endless platformer game about moving left and right preventing the character from falling into gaps, with several ways to die and coins to collect to increase your score. And, as I love pixel art style games I used a very simple black and white theme and only colors for enemies – similar to arcade pong style.