We here at Defend the Cake LLC are huge fans of tower defense, but we were disappointed to see how most of the tower defense games that come out these days eschew their strategic roots in favor of grindy pay-to-win progression systems. So, we decided to make our own tower defense game that focuses on strategic gameplay and has no in-app purchases, so you never have to worry about having to shell out additional money to progress. 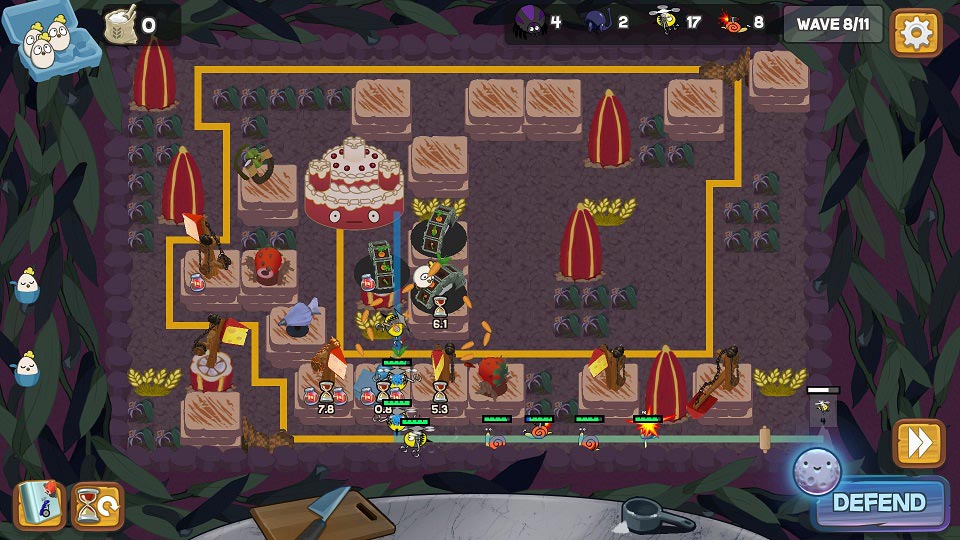 Every level of Defend the Cake starts with deciding where to place your cake. Planning out your defenses can require a lot of strategic thinking, so we broke the game up into a Day/Night cycle.

During the Day, you have as much time as you like to think about how to best use your limited actions (represented by your Eggbird workers) to build the best defense. Feel free to experiment with different options as you can cancel any of your actions for a full refund. Once you’re satisfied with your choices, you can advance to Night time, and the bugs will attack.

During the Night, you can double tap on your towers to send one of your workers to power it up. Each type of tower has its own unique power-up ability, allowing you to dish out some extra damage or slow down the enemies at critical moments. You’ll want to time these power-ups carefully though, as activating a tower will put both the power-up ability and one of your workers on cooldown. Mastering how to juggle those cooldowns is critical to being able to beat some of the harder levels without any bugs touching the cake.

After you complete a level, you have the option of playing Score Attack mode. In Score Attack, you get to test your defenses against endless escalating waves of bugs until your cake is finally gone. The longer you can hold out, the higher you will score! 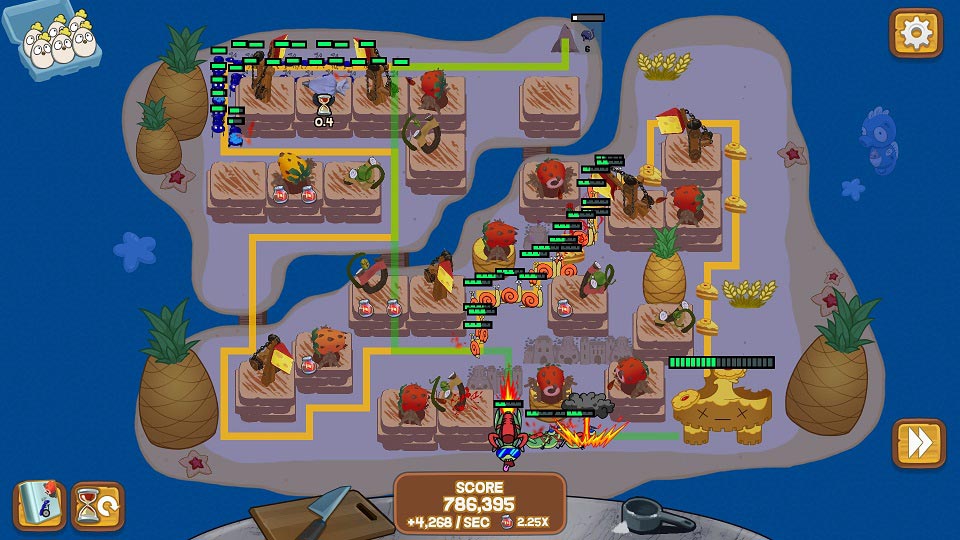 – Tower Defense that requires strategic thinking and tactical timing to defend your Cake from an onslaught of hungry bugs.
– Place your Cake, you decide where the path will lead.
– Strategically shape the path using Toast Walls, and create a maze for the enemy bugs.
– 18 challenging levels, each introduces a new enemy to contend with.
– 3 bonus levels for those who just can’t get enough Cake.
– 6 unique defenses with 2 upgrades each.
– Day/Night cycle: Take as much time as you like to plan your defenses during the Day, then when you’re ready, fend off waves of bugs in real time at Night by Powering Up your defenses.
– Can you top the leaderboard? Test your best defense in Score Attack! 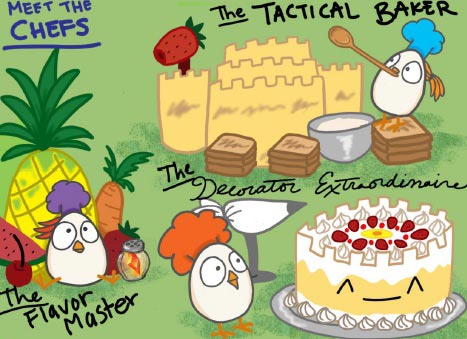 About – Defend the Cake LLC

Defend the Cake LLC consists of one full-time and two part-time members: Justin Klinchuch (The Tactical Baker), Toli Carter (The Decorator Extraordinaire), and Naomi Yee (The Flavor Master). We are alumni of Blizzard and Riot, and have worked on games such as League of Legends, StarCraft II, and Heroes of the Storm. Defend the Cake is our first independent game.

This article was Published by Edamame Reviews, Written by Defend the Cake LLC.
Edamame Reviews cannot be held responsible for the content within this post.