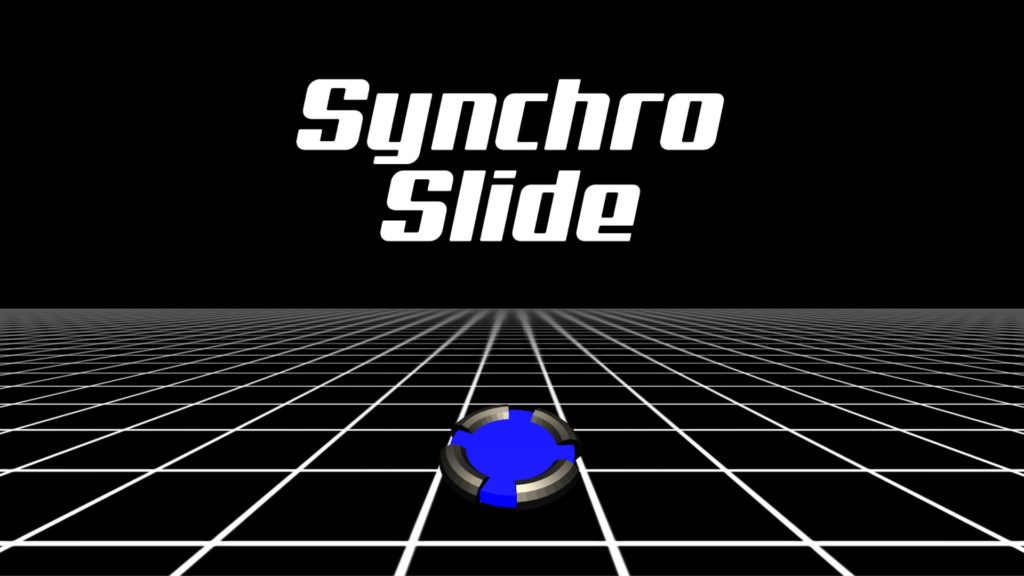 Synchro Slide is a new sliding puzzle game for Android and iOS. In the game, players move two or more “sliders” into designated goal areas at the same time. It is available for free on iOS and Android.

The idea for Synchro Slide was inspired in part by Super Mario 3D World. In it, there is an item called the Double Cherry which creates a clone that mimics the movements of the player. In order to progress in certain levels, you have to step on multiple areas at the same time using the clones. In some cases, the player has to use objects in the environment in order to get the clones into the right position. I decided to create a game based on this idea. 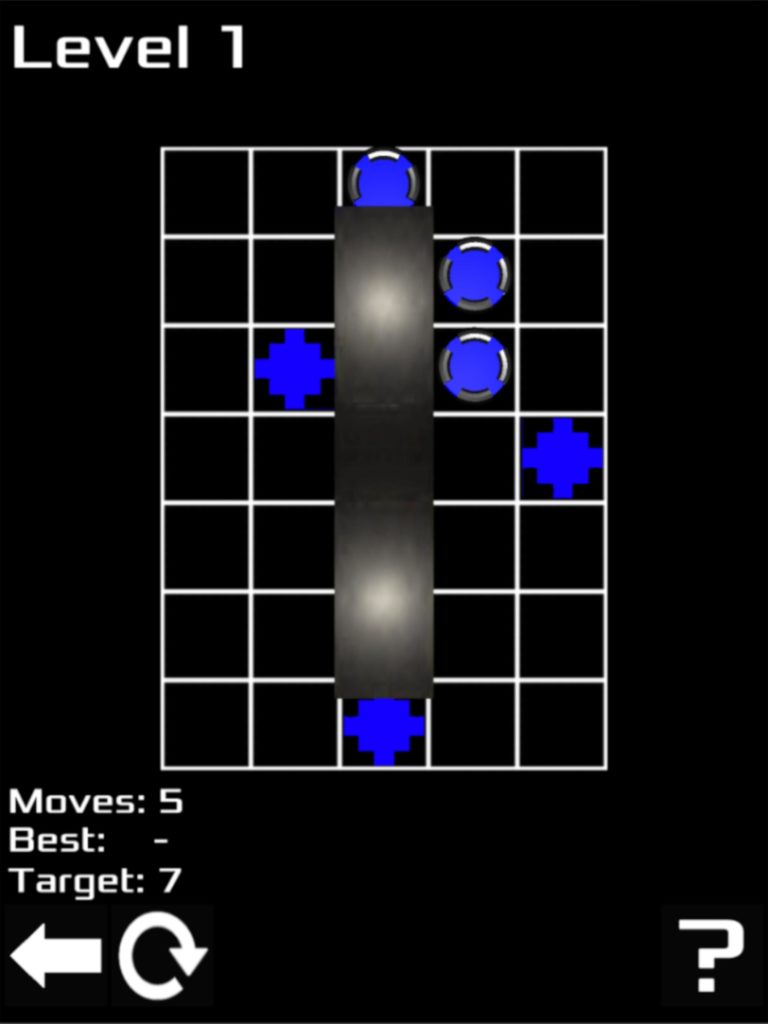 The gameplay of Synchro slide is very simple. The player swipes on the screen in order to move two or more “sliders” in different directions. To complete each level, all the sliders have to be moved into the designated goal areas all at the same time. Try to finish the levels in as few moves as possible.

While the basic gameplay is simple, it can be more complicated than it sounds. Because all of the sliders move at the same time, the levels aren’t as straightforward as they might seem.

Getting every slider into a goal may require a bit of thought from the player. Although the sliders move together, they won’t move if there’s a block in the way or if they’re at the edge of the level. This allows you to manipulate the relative positions of the sliders – for example, if one slider is blocked and another isn’t, the one that isn’t blocked will be moved either further from or closer to the other slider. Use the blocks in each level in order to push and pull the sliders into the correct positions.

In addition to just getting the sliders into goals, in later levels the sliders have to match the colors of the goals. Other levels have tiles that move the sliders by one space. 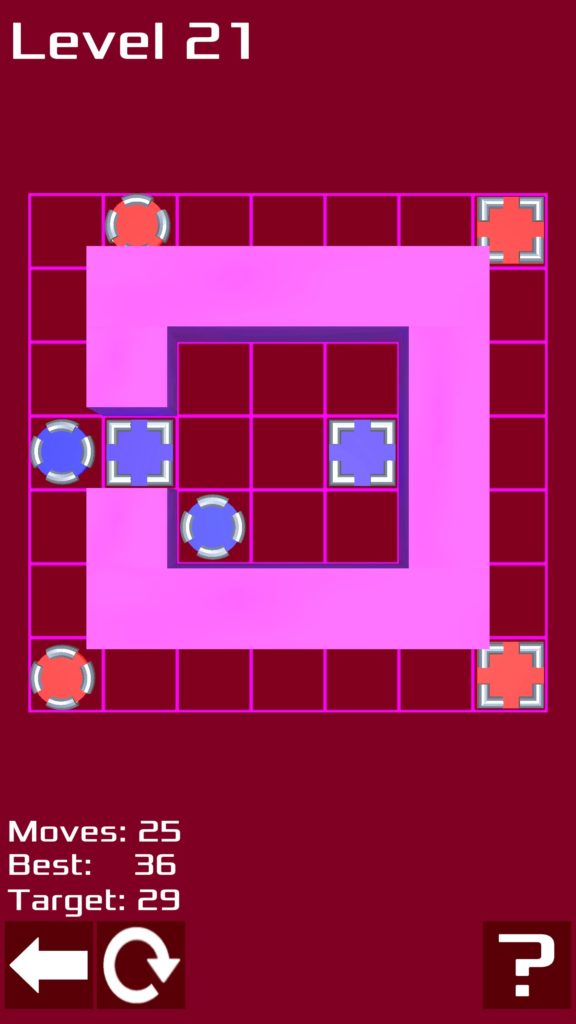 – 60 levels!
With possibly more to come in the future.

– Hints.
If you’re stuck you can use hints to solve a difficult puzzle. A sequence of moves will be shown and you can follow those in order to find the solution to each puzzle.

– Leaderboards & Achievements.
Connect with Google Play Services / Game Center in order to unlock the worldwide leaderboards and see how you stand against other players. Unlock achievements to prove you’re mastering the game. 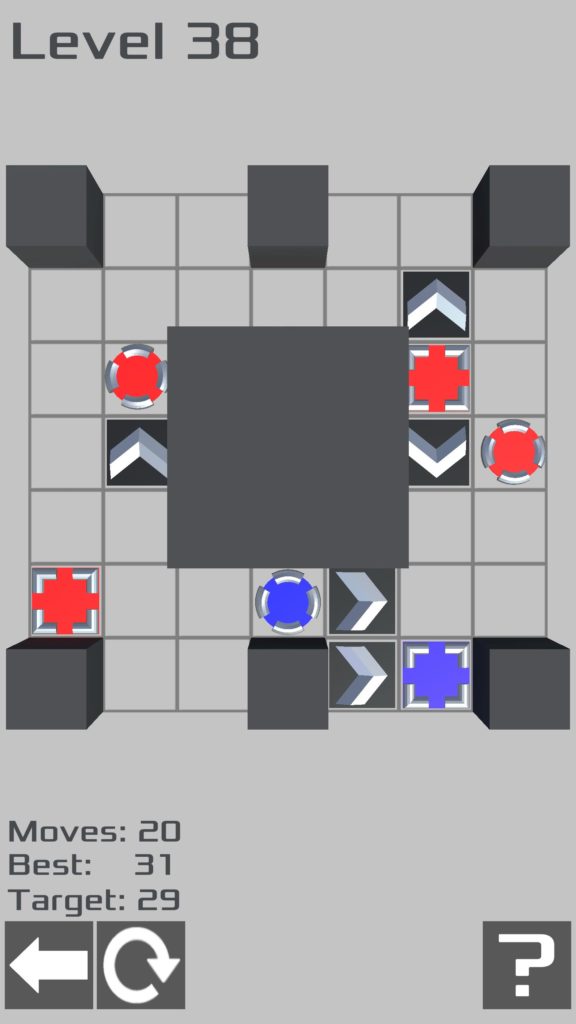 I’m Jack Holm, the creator of Synchro Slide. This is my first puzzle game, and it has turned out much better than I expected. Developing this game, I learned how to design a large number of puzzles.

When I designed the puzzles in Synchro Slide, I had multiple ways of coming up with the layout of the levels. The first was to essentially create the level in reverse. I would place the goal areas first, then work backwards, somewhat arbitrarily placing blocks, until I thought that that the level would be long enough. This worked somewhat well, but often the path that I made by going backwards was much longer than the actual ideal path.

When making later levels, I started out by making the layout of the blocks on the level first, adding the goals/sliders, and then moving pieces around until the level could be completed. This produced more challenging and unique levels.

This article was Published by Edamame Reviews, Written by Jack Holm
Edamame Reviews cannot be held responsible for the content within this post.