What are your associations with the words winter and childhood? Of course, it’s a snowball fight! This activity is very fun, thrilling, and raises the competitive sporting spirit within us all! …But childhood ends, winter passes, and the ordinary grey of everyday life begins…

That’s why we decided to return a pleasant memory of those days, full of carefree fun, and a nice pastime to all fans of those winter times. Our team developed a game for ourselves, putting into it all of our love for games, for fun, and excellent mood.

Snowicks: Snow Battle is a colorful arcade game about funny fairy characters, (called Snowicks), who are very fond of organizing snow battles. They live in the Snowy Valley, a place covered with snow all year round.

Snowicks play snowballs every day, organizing duels and competitions. But all this would not be so interesting if it were not for the main battle in the Ice Castle. Every Snowick dreams of taking part in this tournament, but not everyone has such a chance. Because one has to make his/her way through a lot of competitions and tournaments to prove that (s)he deserves to be a competitor in the main battle. 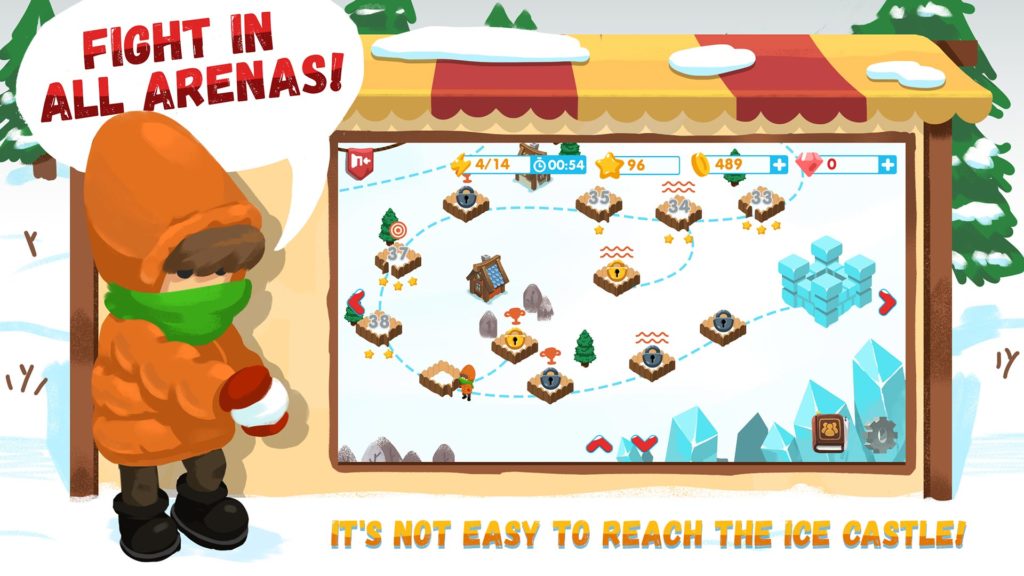 Before the battles start, you have to choose the character for which you will play. Each character has an additional bonus improving one of his/her skills.

– Jack gets the Health bonus.
– Tommy gets the Speed bonus.
– Stan is the strongest and most enduring Snowick in the team.
– Cindy gets the Accuracy Bonus to increase damages from her weapon.

During the battle, you can control your hero using the left joystick to control your player’s movement and the right button in order to shoot. The rest of your team is controlled by a computer. Don’t forget to use the equipment in your backpack.

2. The higher your level, the harder it is to play.

3. The type of projectile plays a role: a large snowball (a snow gun) destroys an ordinary snowball, and an icicle (crossbows) destroys all snowballs. 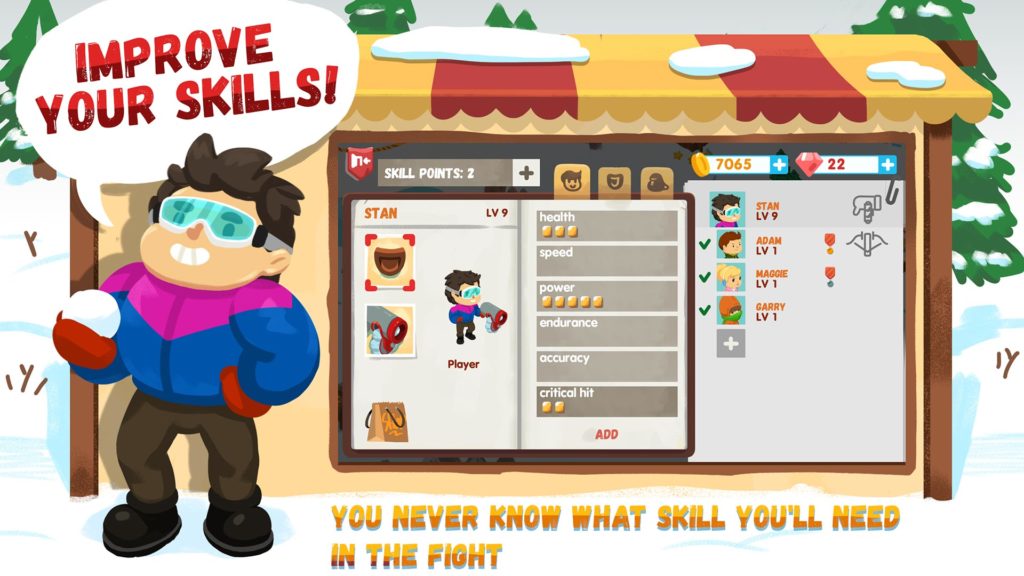 – Select your main-character out of 4 Snowicks, each with their own additional bonus.

– Multiple battle types: shooting at targets, usual battles where one team plays against another one, tournaments with several teams and shooting a lot of Snowicks in waves.

– Different weapons so that you can defeat your rivals quicker. It’s difficult to beat someone with an ordinary snowball. What about a snow gun or an ice crossbow?

– Equip yourself to the full. Before the fight, be sure to stock up with the first-aid kit, energy drink, and mittens – they will definitely help!

– Gain experience, increase your level and improve your Snowick’s skills and you’ll have an advantage at the battles.

– You can play anywhere, the game does not require an Internet connection.

– Lucky to take a breather? So, pass a level since the battle does not take long! 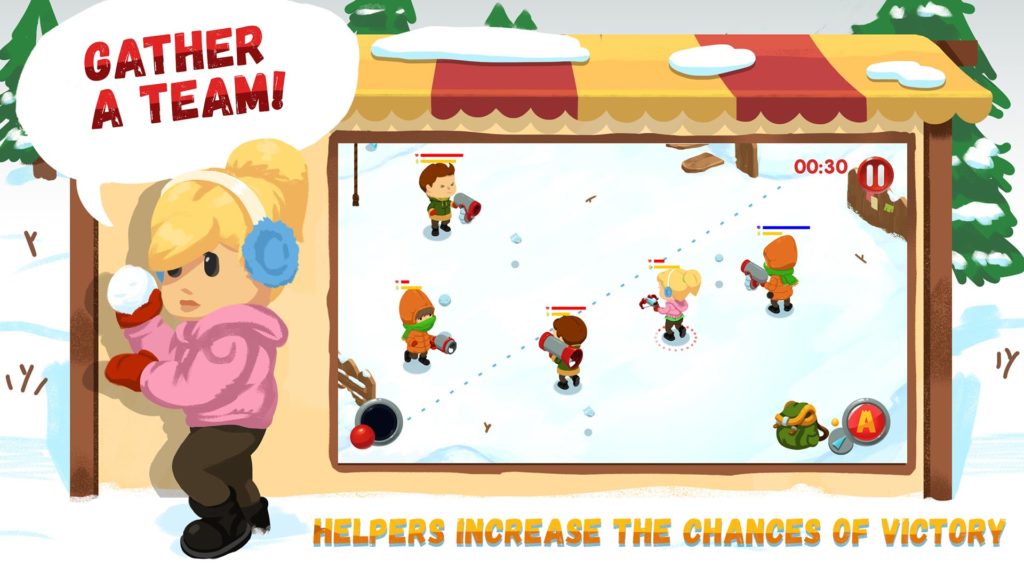 We are a small indie game development company from Russia. We develop games in our free time, at our pleasure. We like what we do! We are constantly working on improving the game by adding new and interesting features.

Revealing a few secrets, from our next updates:
– We’ll add new obstacles;
– Different bonuses and anti-bonuses, that can both help and do much harm, will appear during the battles;
– Every snowick will get a unique super punch.
And much more!

This article was Published by Edamame Reviews, Written by Snowpard
Edamame Reviews cannot be held responsible for the content within this post.