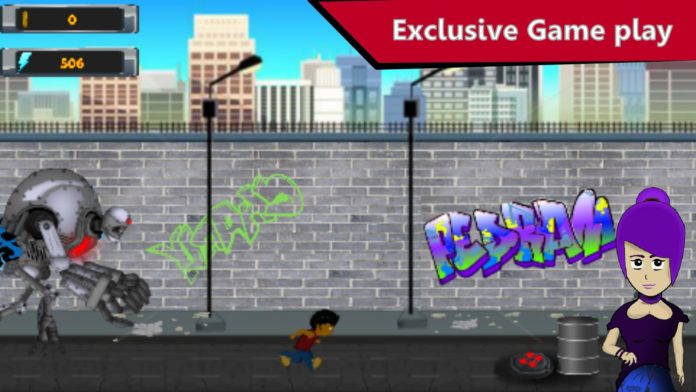 Here we are, back with another developer interview! This time with Merlf Games
the creator of Crazy Runnables. Before we start we’d like to thank the Merlf Games
Team for participating in our interview and for answering all of our geeky questions! Thanks!

/// Thanks for taking the time to talk to us about Crazy Runnables! Could you kick-start this interview by telling us a little about your studio, yourself, and what drew you into the gaming industry?

Well, it all started 2 years ago when I was still in high school. I was 16 then, I’ve always wanted to create games and not just any game, but a cool one, at first I saw it as an impossible dream, but with the help of my little brother and a few friends, we were able to start a foundation, and that was when our studio “Merlf Games” was born.

We created the studio name using our own game-code usernames which are, “Marin, Ethnic, Rex, Leo, and falcon.

What really made us want to join the game industry was not only because we love video games, the main reason was that whenever we play some video games and we write out some reviews to the developers about adding some features, we never got any feedback and the features weren’t considered, so we decided to think “what if we could create our game and add those features?” and that was how we ended up in the game industry.

Edamame: Hear that developers? You need to listen more! 😂

/// Ok, let’s start talking about Crazy Runnables. What are the highlights of your latest release?

The highlights for our latest release on Crazy Runnables are:

/// What was the core idea or inspiration behind Crazy Runnables? And perhaps more importantly, where do you find inspiration for your games in general?

The inspiration for creating Crazy Runnables was actually taken from the famous game “Zombie tsunami by mobigames”, the main thing we love about the game is the fact that no matter how long you try to go, Zombies are meant to die anyway.

We usually get our inspiration and ideas by praying to God, playing other cool games and also observing the things happening in our environment.

/// How long was Crazy Runnables in development for? And are there any interesting and/or exciting moments or experiences you would like to share with us from that time?

Our game “Crazy Runnables” has been in development for 2 years, and it definitely wasn’t easy. At first, my brother and I thought it was going to be so much easier until the rainy days showed up…

Our parents were never in support of what we had in mind – they never wanted us to play video games nor to create one. We didn’t have a PC then, so whenever we wanted to create our game, we had to go to our friend’s place, but this didn’t last. As time passed, our friend grew uncomfortable with us using his PC all the time, until eventually, he wouldn’t let us use his PC anymore. (He loves watching Anime 24/7) So for 2 months, we were stuck doing nothing because we didn’t have a PC to continue our development.

Eventually, the day came by when our Dad bought a laptop. At first we were excited because we thought we could continue the development of our game, but that hope soon died.

We ultimately ended up sneaking into his room at night to take his laptop and work on the game 5 hours at a time during the night. We did this for 3 weeks non-stop until the day came when he found out and deleted all our game files and projects.

It was really painful for both me and my brother because we were only 16 and still living under our parents – and thus had to live by their rules.

We forgot about our dream for 2 years until I turned 18 and my brother 17. We were no longer living with our parents as we had left for college. After some time we managed to raise enough funds to purchase a new PC and we worked really hard to bring our game back to life, and to our greatest surprise, after the game was completed, our parents were now in support of us! They even provided the cash to license our game on Google Play!

To this day, we still don’t exactly don’t know if it was because we are grown-ups now or they just changed their mind about games.

Anyway, that was how we got to this point.

/// What software, developer-tools, or black-magic(?) did you use when making Crazy Runnables? Is there anything you would like to share with the developers who read Edamame Reviews?

We used Buildbox for the development of Crazy Runnables and our advice to other developers out there is… “Don’t Give up! Challenges & obstacles may come but still, never give up! Great things take time.”

To all the lucky players out there, don’t play a game because everyone is playing it, play a game that’s fun for you, a game that is more comfortable and easy to play for you and try to support the developers because it’s not easy to get a game alive and working.

/// What can we expect to see in Crazy Runnables or from Merlf Games
in the not so distant future? What do we have to look forward to next?

Merlf Games is packed with a lot of ideas, so expect more games from us.

To everyone at the Edamame Team, we say keep up the great work, you guys are awesome, more grace and greatness awaits! We want to say a big “Thank you” for giving us this opportunity.