Do you remember the days when the internet and personal computer where a shiny new beacon of hope and unending possibility? When teleportation and flying cars were just a few years away? It’s this feeling and this era that have inspired Morse ChromoZONE.

These wildly differing technologies suggest that something peculiar is going on in Morse ChromoZONE. As a homage to early video games, very little direction is given but the simplicity of the game mechanics quickly leads to that ever so fulfilling, “Ah-ha!” moment.

The charm of Morse ChromoZONE is hilarious mutant combinations that failure creates. The dynamic DNA strings will keep things difficult even for experienced players, making a perfect transport equally as rewarding as creating the craziest mutant possible.

So if you’re looking for a fun, free, casual game give Morse ChromoZONE a try! 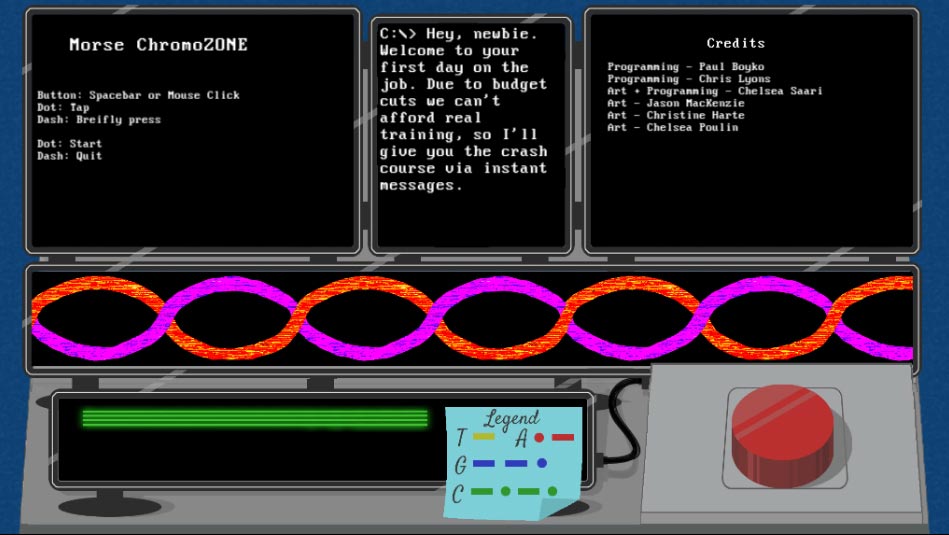 It’s your first day on the job as a Teleporter Technician. Your boss left a message on your work console and a handy post-it with the color legend for each DNA letter to Morse code conversion that you will need to successfully teleport clients from one point to another.

Since it’s not the 1900s and Morse code is not a commonly used means of communication, it might be necessary to point out that Morse code uses only dots (short taps) and dashes (longer taps) to represent the letters of the alphabet. With this basic knowledge and tools, you will have a limited time to input the proper Morse code sequence for the flashing piece of DNA before the system moves on to the next piece.

If you make a mistake there is no turning back. Since this is DNA we are dealing with, even a single mistake can be catastrophic.

Try your hand at sequencing the perfect stand of DNA or amuse yourself by seeing the crazy and hilarious mutants that you create when you make a mistake. Play as many times as you like as your skill with Morse code improves and see a wide range of the unique abominations that you create along the way. 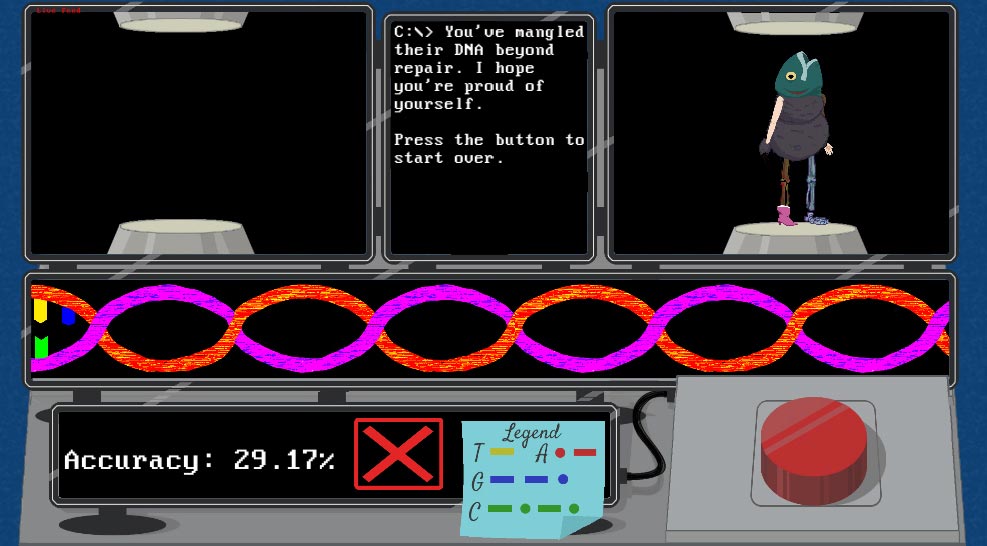 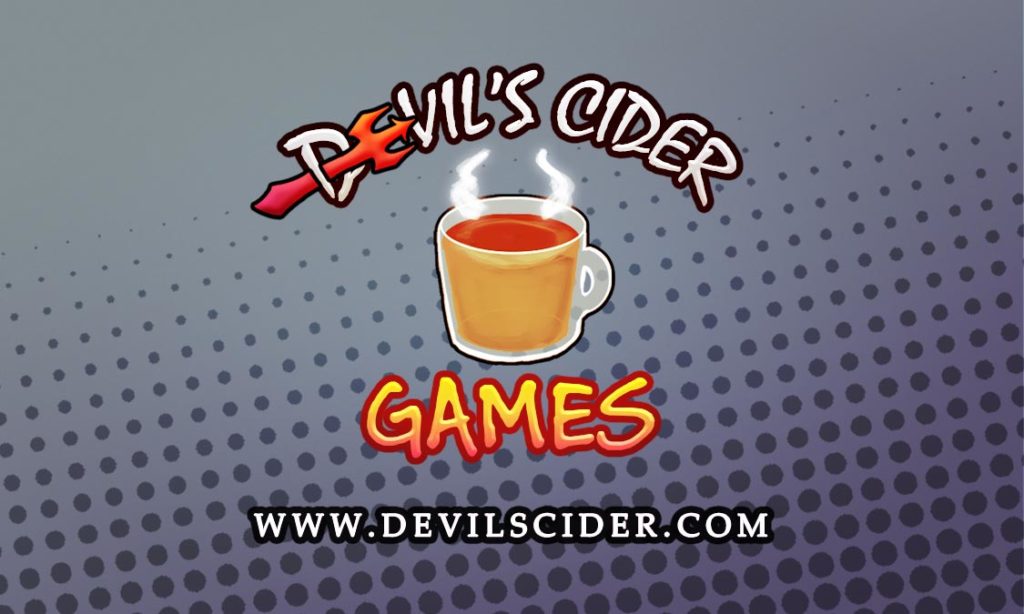 Devil’s Cider Games is an ambitious new indie studio based out of Southern Ontario, Canada. The team consists of the 5 co-founders and is focused on creating unique and compelling game experiences on mobile, console, and PC.

Morse ChromoZONE, our first release, is available on Android and has been downloaded in over 20 countries worldwide.

The team is currently in production of a 2nd mobile title, Folded Fighters, a PvP gesture-based melee fighting game. Planned release date on iOS and Android – end of 2018.

We are also in the production of a console and PC game, Ultimate Zombie Death Ball, a unique take on zombie soccer as a form of justice. Players control a convict who must avoid an electrified ball, using themselves and meat to coerce a hungry zombie horde to score goals on their opponent. When a convict is eaten, a new convict “gladly” takes their place and play continues. The convict with the highest score at the end of the match is the winner and is set free. The loser will be forced back into future matches. Planned release date – early 2020.

This article was Published by Edamame Reviews, Written by Devil’s Cider Games
Edamame Reviews cannot be held responsible for the content within this post.