For the past 2 months, we have been using the MAZE Alpha X as our primary Android testing device, for the many different Android game reviews we feature on our site – and so far our experience has been fairly positive.

With a premium feeling glass and metal design, an “almost” full-screen display, and a whopping 6GB of RAM, this smartphone should fly through the casual Android games we feature on our site like nobody’s business! …but did it…?

You’re about to find out.😉

Also, in case you were wondering, this article isn’t sponsored so you’re going to get the truth, whether it be good or bad… 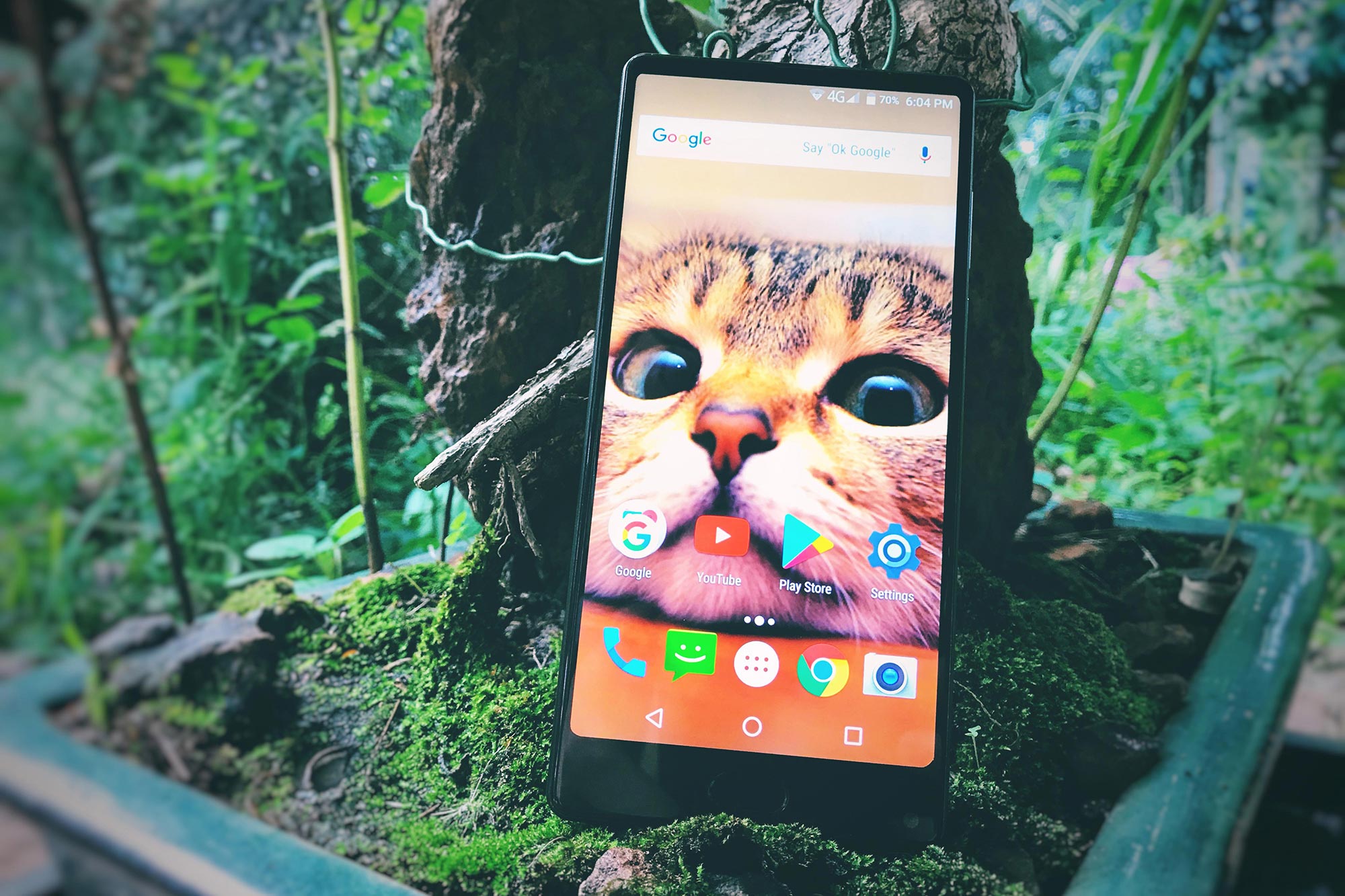 Our first impressions of the MAZE Alpha X weren’t exactly great. The phone has a huge chin in comparison to the top and side bezels, that houses a fingerprint reader similar in design to a 2016 Galaxy s7 and not much else…

Unlike a 2016 Galaxy s7 however, the MAZE Alpha X doesn’t feature off-screen Back and Overview buttons meaning you are pretty much forced to use on-screen buttons instead. This means that approximately 15% of your shiny new “full-screen” device is constantly dominated by an oversized fingerprint reader and navigation buttons…

There is a workaround provided by MAZE that turns the fingerprint reader into a Home Button as well as a Back Button depending on how long you touch and hold on the scanner. Unfortunately, this didn’t work reliably enough for us, and so we opted for the more functional on-screen option. 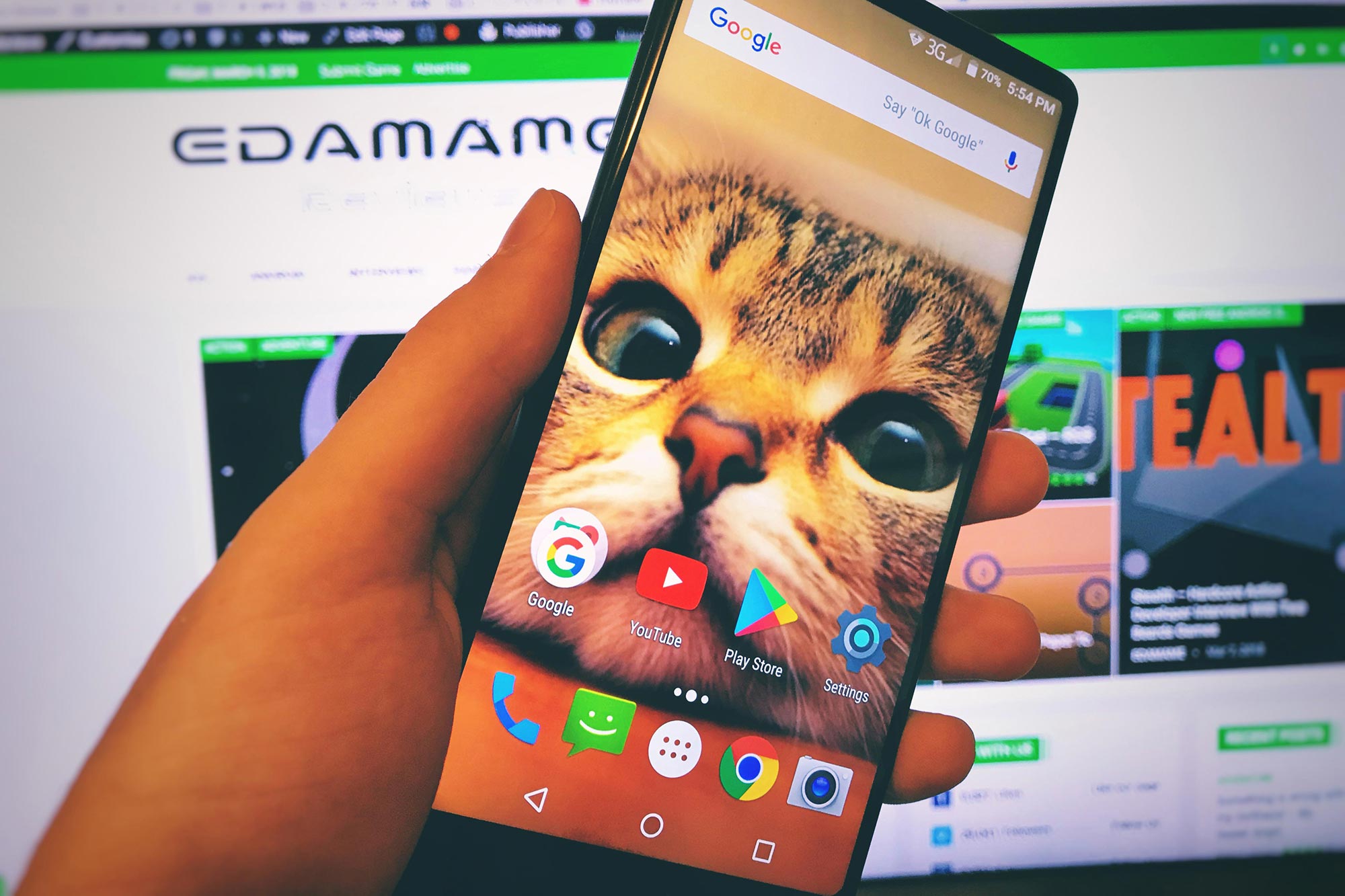 The audio quality of the MAZE Alpha X isn’t magnificent. Featuring a single down firing speaker that can easily get covered over when gaming or watching videos in landscape mode; this phone isn’t going to be winning any awards for Audio “Quality” or “Clarity” for that matter.

That being said, the volume does get fairly loud, and for gamers with a nice set of headphones, (most of us), the MAZE Alpha X actually has a headphone jack(!) so you shouldn’t have too much to worry about when it comes to audio.😆

Moving on to the display, you are met with a vibrant 6.0-inch display with an 18:9 aspect ratio, rounded corners, and a surprisingly high level of brightness. Great for use outdoors or in direct sunlight. 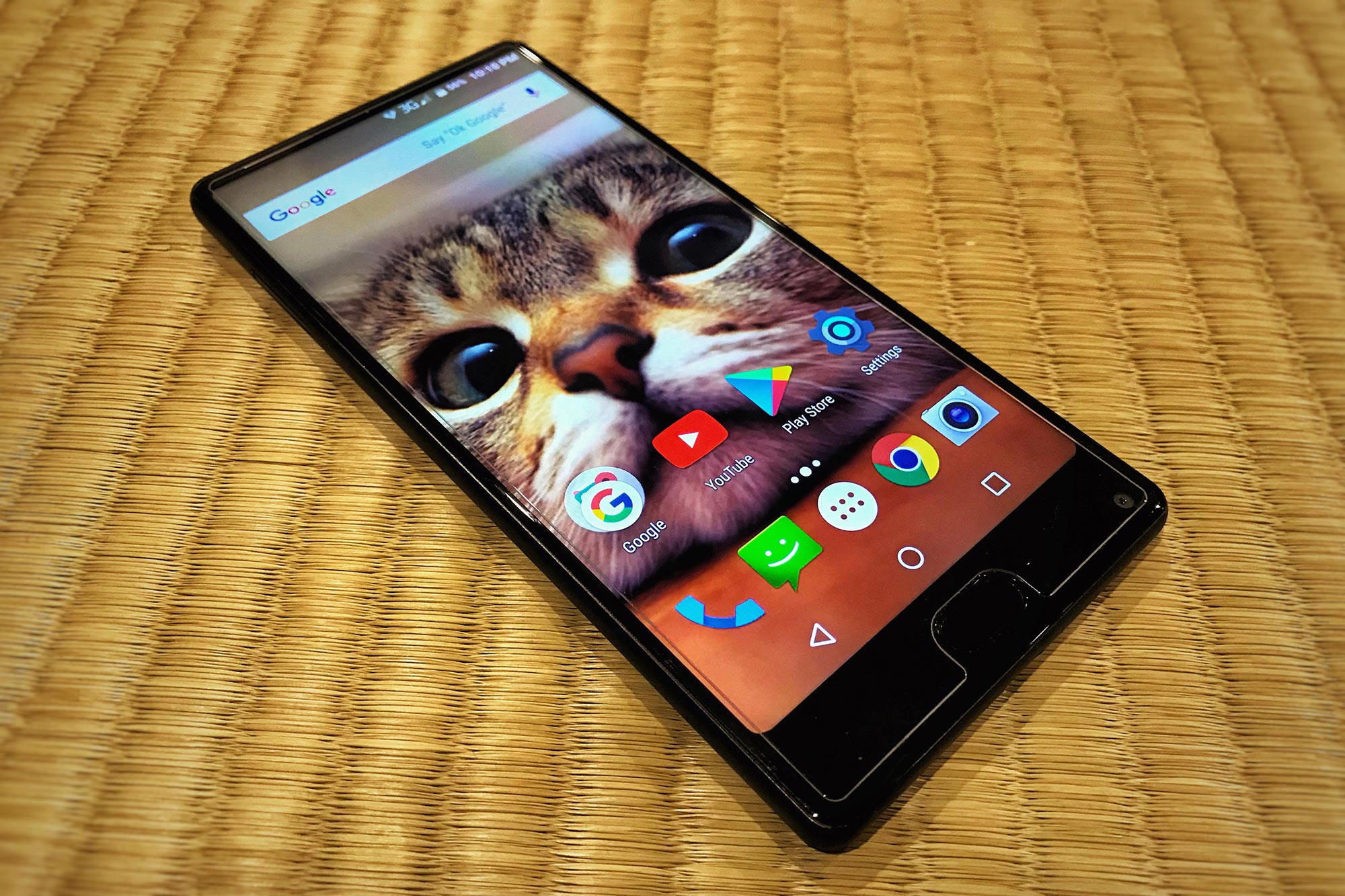 Featuring a mostly glass and metal build and weighing in at a rather hefty 209 grams (or 0.46 lb) the MAZE Alpha X feels like a premium smartphone. With an all-glass design that looks great even after the first 5 minutes of holding it – thanks to a clever anti-fingerprint coating on the rear glass of the device – you definitely won’t want to drop this device.😱 Especially considering it is virtually impossible to buy a case for it outside of China.

Although this device is mostly made of glass, you won’t be finding any Wireless Charging on the MAZE Alpha X…

Instead, the MAZE Alpha X features a whopping 3900mAh battery and fast charging via USB-C which may actually be better than Wireless Charging for mobile gamers who are constantly on the go.

For a list of the full phone specifications please visit: http://www.mazemobile.com/ 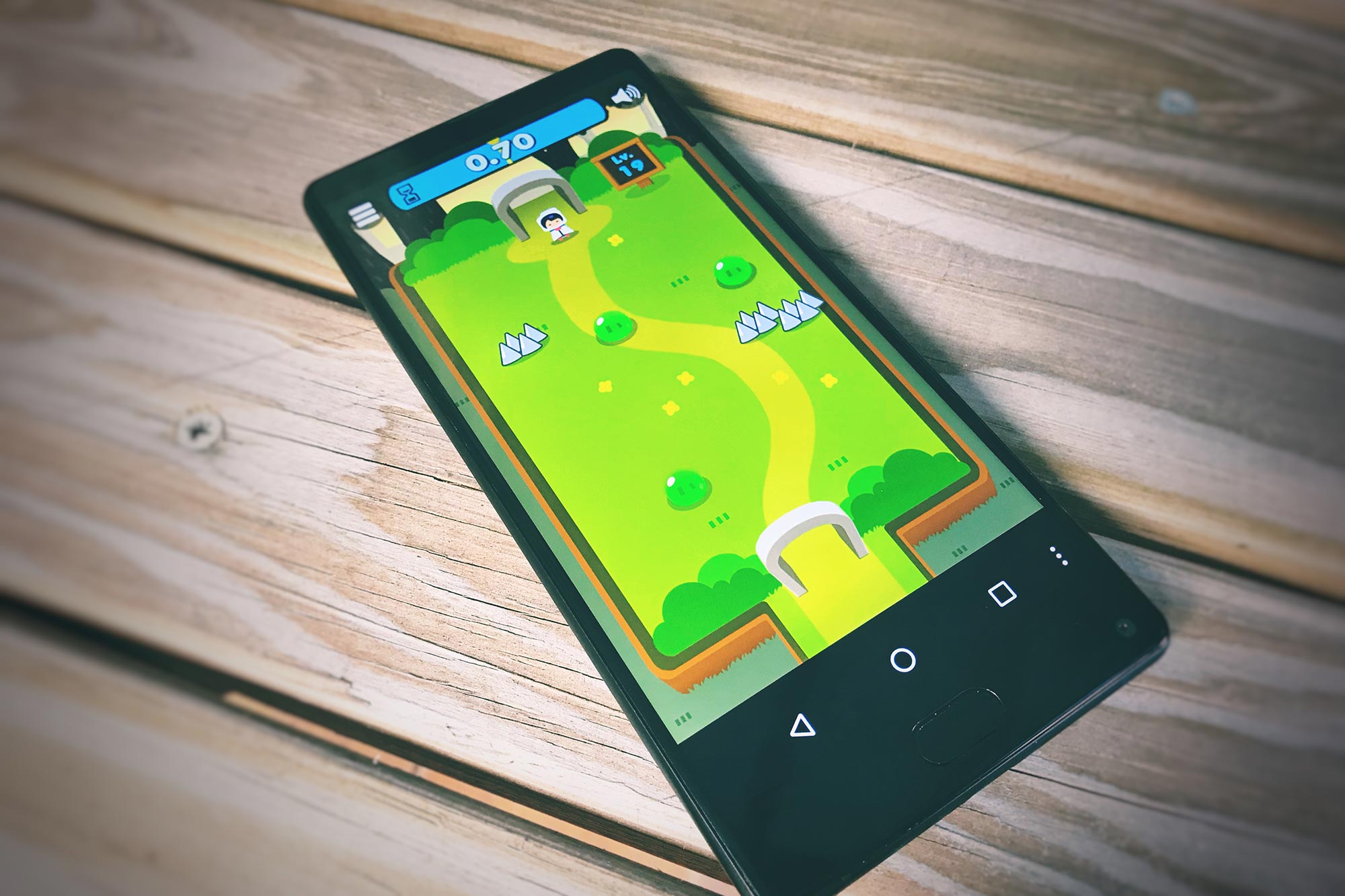 Although visually we still prefer the UMIDIGI S2 with its sleek metal build and more symmetrical design, when it comes to gaming the MAZE Alpha X is a hard device to beat.

Thanks to the bottom-heavy design, you’ll soon get used to ignoring the bottom 15% of your device in most situations. At first, this may seem like a waste of valuable screen real estate, and it probably is… until you suddenly stop and realize what normally populates the bottom 15% your screen when playing casual mobile games. Exactly! The Ads!

Even if you’re using the device in landscape mode, the extra large chin not only acts as an easy resting place for your thumb to rest without accidentally pressing any buttons, but also stays relatively cool even when playing more demanding games. The processor and 6GB of RAM (which do heat up) are located at the top end of your device, just far enough away to be out of reach. Making a practical use for a design feature we didn’t exactly like at first!

Moving on to the performance when gaming, we have all come to the same conclusion. There is a 99% chance you will never use the 6GB of RAM this device is “technically” capable of. Although the MAZE Alpha X definitely isn’t a slow phone, it also doesn’t exactly have the best CPU on the market.

Before you ever reach a point where more RAM could potentially boost the performance of your device, you will be quite literally killing your CPU. On top of this, Android already does a fairly decent job of managing your devices RAM so, you really don’t have a lot to worry about.

For reference, we managed to have 20-30 games open on the device without any significant drop in performance when playing casual games. That being said, more demanding titles will likely benefit from having fewer games open in the background. 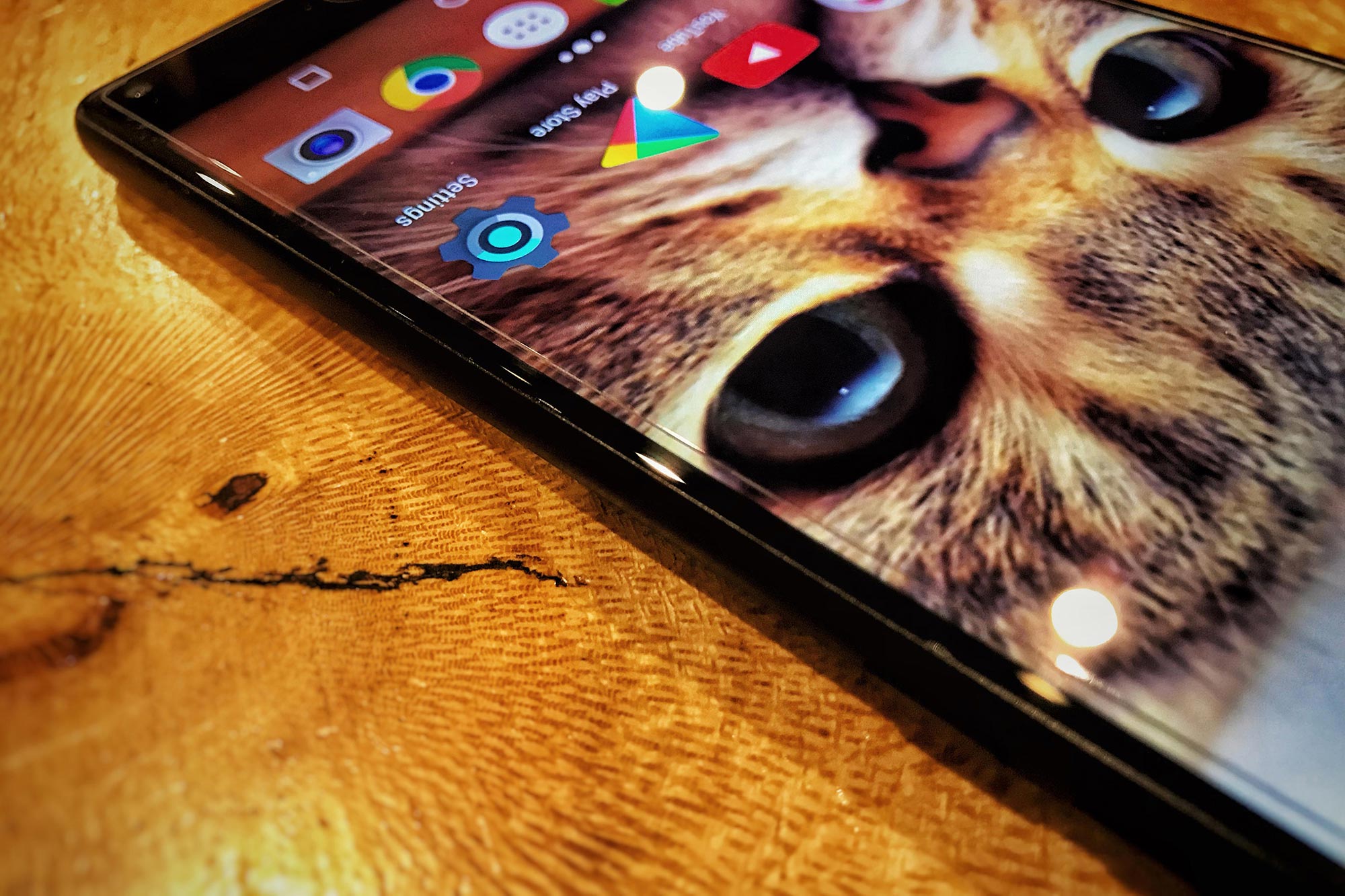 One strange experience we had when testing the MAZE Alpha X was an abnormal number of accidental touches that (when playing games) can result in disaster for your digital hero. Surprisingly, the reason behind the accidental touches happened to be the included glass screen protector.

Being just 2 mm too small to cover both sides of the display, gently resting your finger up against (or even near) the side of the glass screen protector can sometimes register as a touch, causing some very annoying problems when playing fast paced action games…

We would highly recommend not installing (or removing) the glass screen protector if you intend to use this device for playing mobile games. 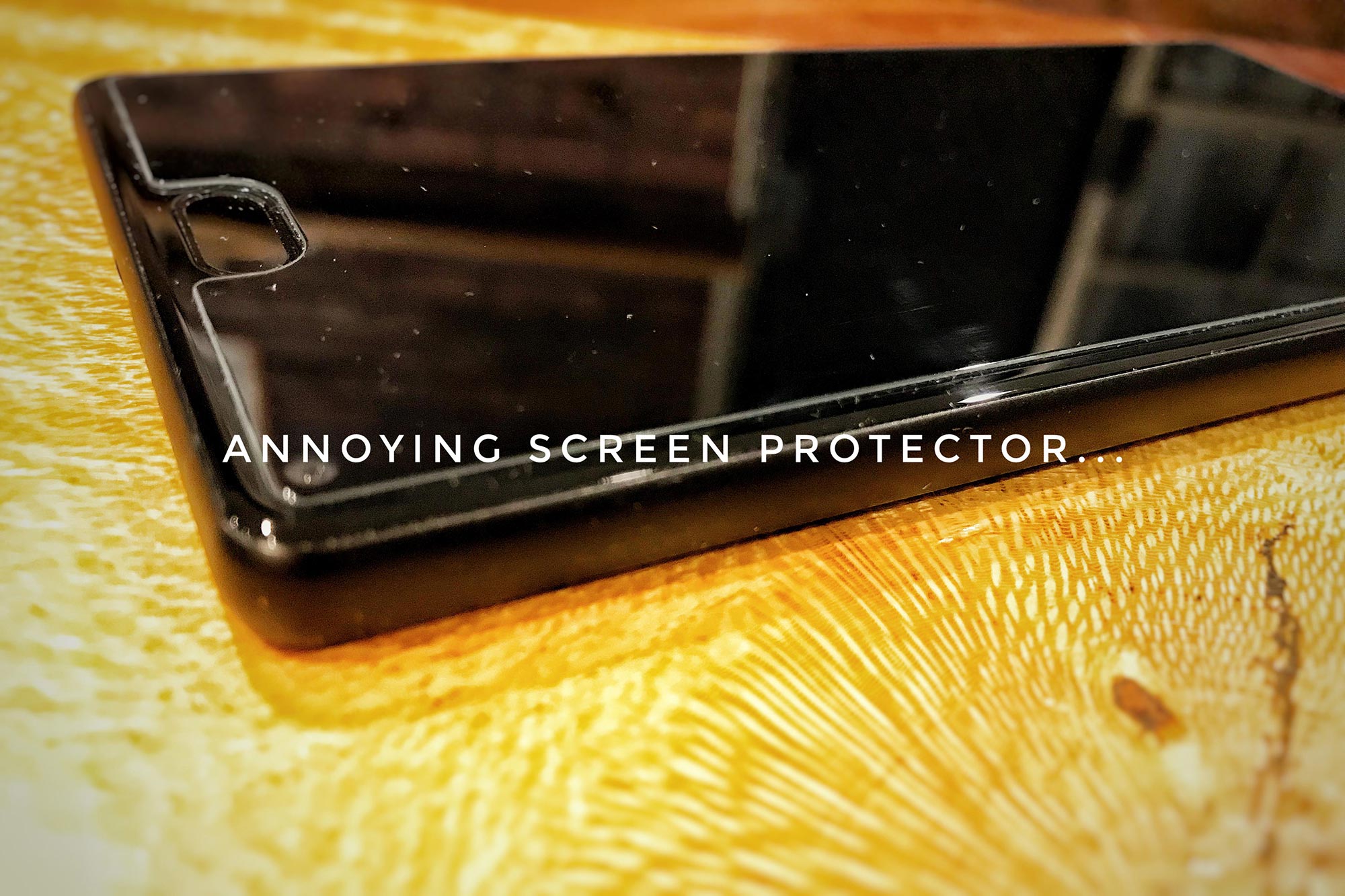 Other than the slight hiccup we had with the glass screen protector, the MAZE Alpha X is everything we expected it to be. A big screen Android device with plenty of Storage, RAM, and Processioning Power for us to test practically any mobile game we are faced with, the only real weakness we are aware of at this stage hardware-wise are the cameras.

As is the case with all of the cheap Chinese devices we have tested so far, camera quality is often sacrificed in exchange for more Processioning Power which in our case is exactly what we need. If you’re after a phone with a camera capable of making AR games actually look nice, the MAZE Alpha X probably isn’t going to be the device for you.

Overall we really enjoyed playing around with the MAZE Alpha X and can’t wait to see what new Android device we get our hands on next!