How often do you look up at the stars and think about how insignificant you are? Space travel is a dream held by millions. As children, many of us wished that we could grow up to become Buzz Lightyear and protect the galaxy from the Evil Emperor Zurg! Today, kids are growing up and witnessing the incredible accomplishments of SpaceX and wishing they could be part of it.

Space exploration is inspiring and we should all be excited about the possibility of becoming an interplanetary species. We need people to get inspired about embarking on an adventure into space, so what better way than to play a space exploration game! Developed by HalfSquare apps, currently a one-man band, Gyra combines a passion for physics and space with app development. 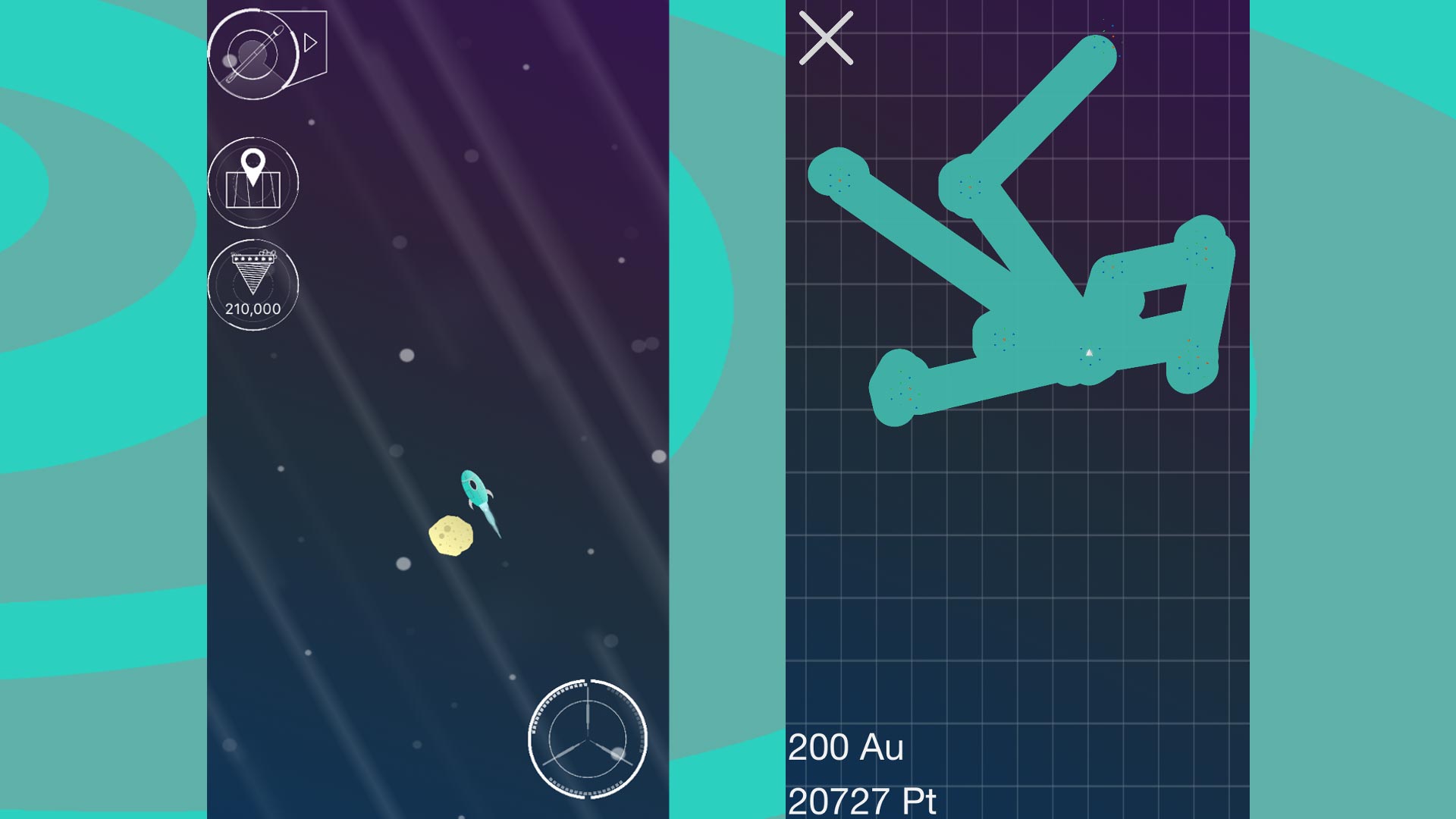 By tapping the screen, the rocket ship will ignite its engines and fly off at a tangent out and away from the gravitational field. When the ship lines up with the closest gravitational field the rocket will be pulled into orbit. However, flying directly at a planet will cause the ship to travel too fast and crash land, ending the game.

When an enemy ship is encountered, tap to lock on to it and then tap again to fire all weapons to destroy it. Once a solar system is fully explored, visit the map to see what area hasn’t yet been discovered, aim the rocket and tap once again. The rocket will jump to warp speed and asteroids must be avoided by swiping left and right. Eventually, a new solar system will be reached to explore and mine. 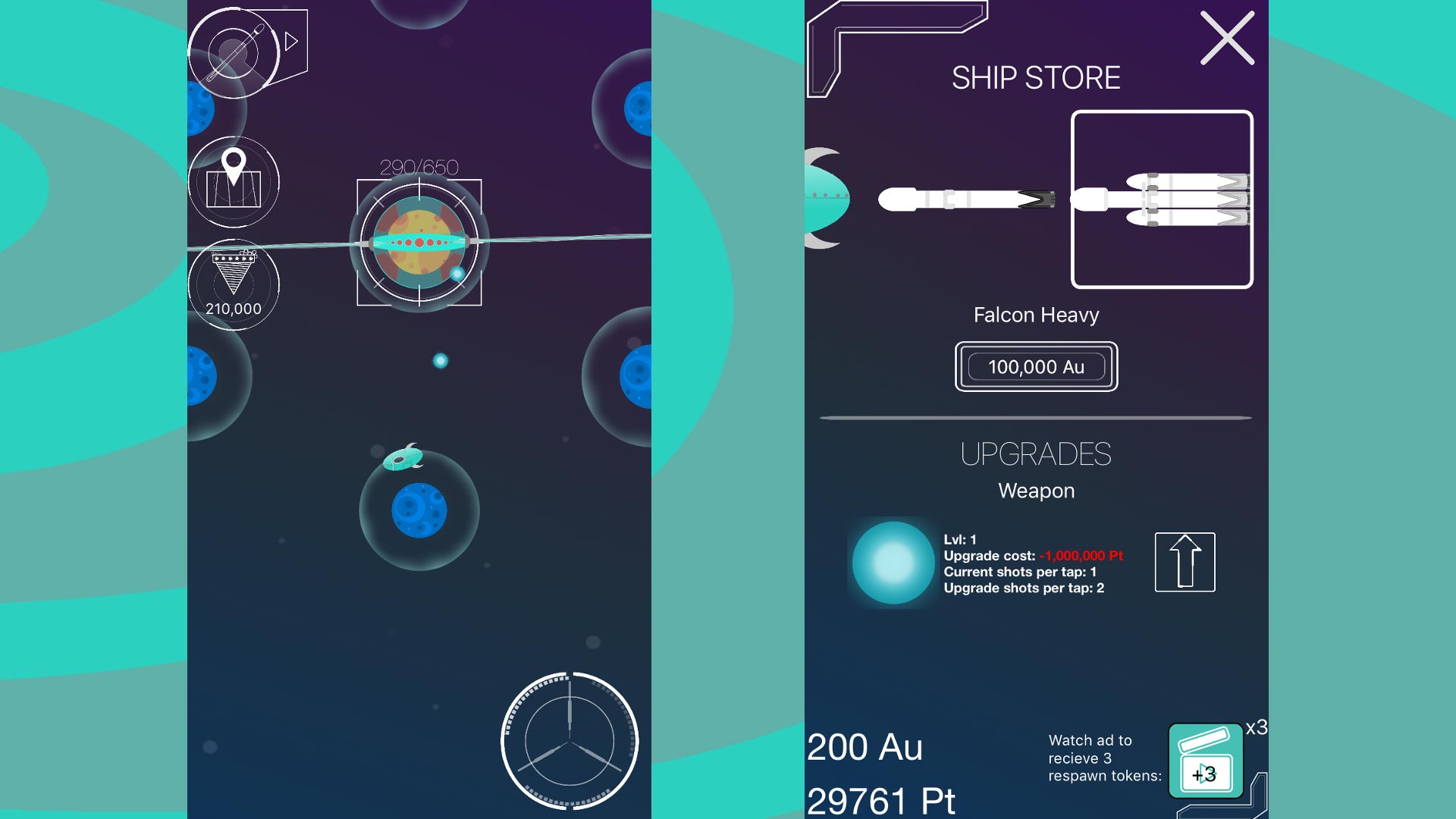 The main focus in Gyra is adventure and exploration. As a player travels away from the planet they are orbiting, they can explore the solar system. During exploration, enemies within a new solar system can be found and it’s the player’s job to defeat them. The player will then be able to take advantage of the natural resources available in the newly found solar system.

Mining the newly discovered planets is a big aspect of the game. When visiting a new planet, a player can place a drill that will mine resources such as gold and platinum. Gold can be used to purchase a new rocket ship, such as SpaceX’s Falcon Heavy. Platinum can be used to upgrade the drill or upgrade the rocket’s weaponry. It’s important to upgrade weapons as the more solar systems that are discovered, the tougher the enemies become. 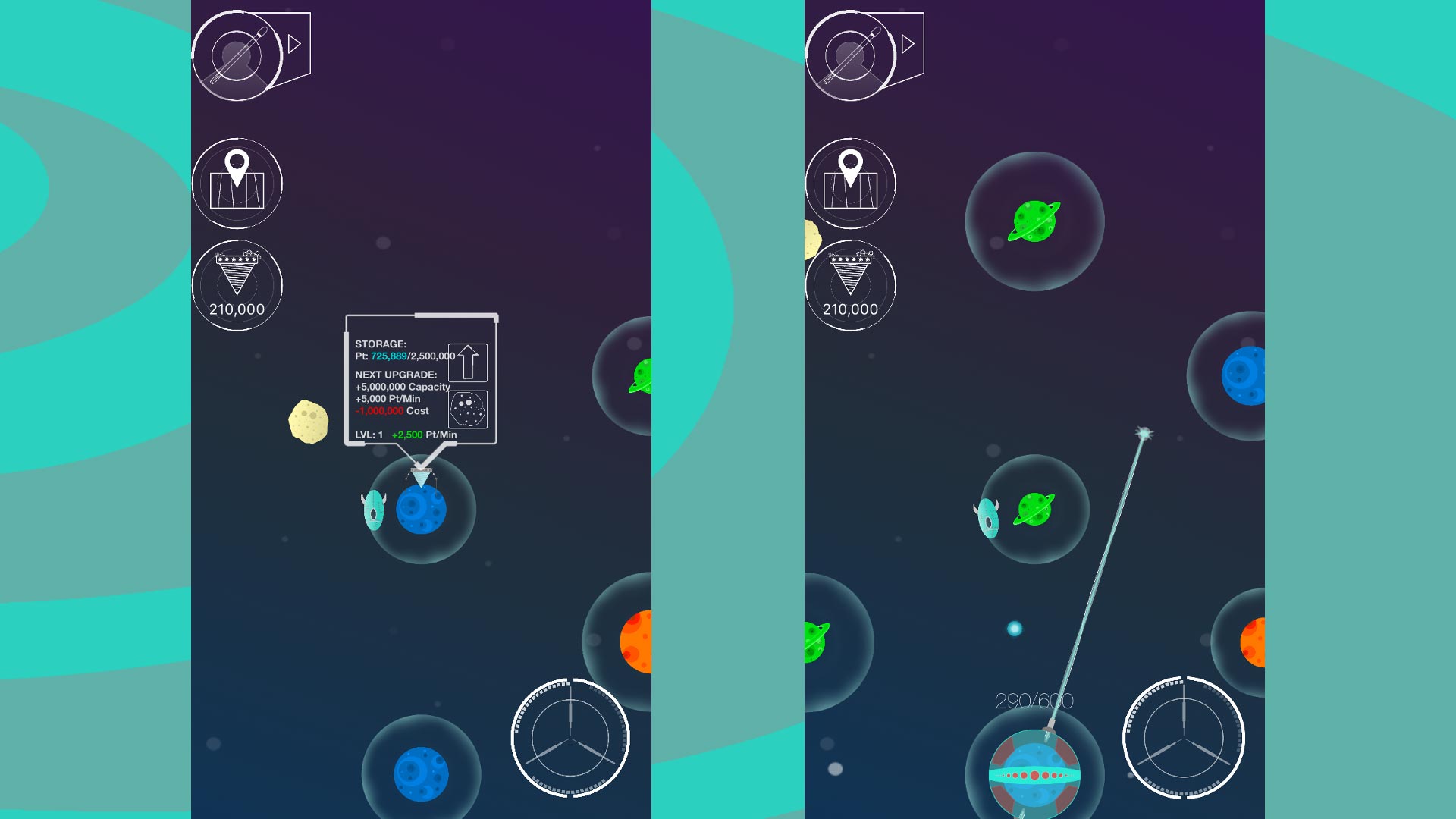 HalfSquare Apps started because the founder (Michael Behan) was sick and tired of seeing stolen ideas filling up and dominating the App Store. HalfSquare wants to be one of the few incredible companies that are still making apps that are original and not an iteration of the same game just with different colours.

The companies on Edamame Reviews are all innovating and trying to stop these terrible apps from creating a stigma around mobile gaming and HalfSquare Apps is joining them.

This article was Published by Edamame Reviews, Written by HalfSquare Apps
Edamame Reviews cannot be held responsible for the content within this post.