…and today is the day where we finally get to share it with you…! 😆 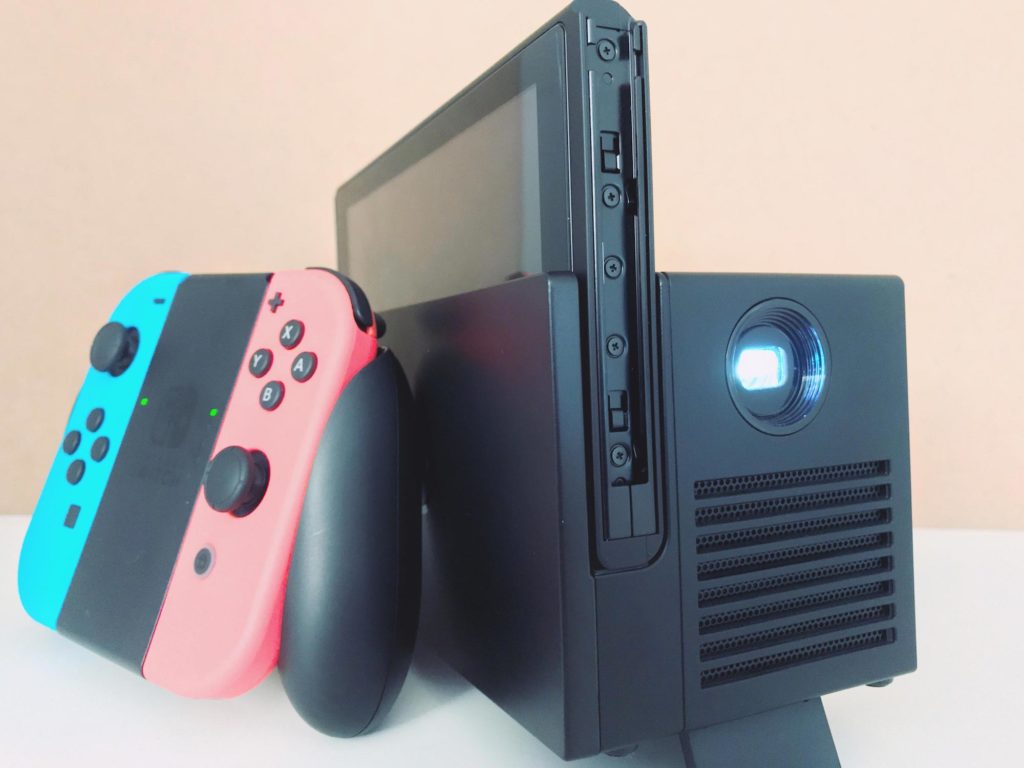 Sharing the small 6.2-inch screen of your Nintendo Switch with 4 players has always been a bit of a nightmare… Although some games such as Mario Kart 8 Deluxe technically allow players to do so, it has never really been a great way to share a fun gaming experience with your friends while on the go – or anywhere for that matter.

Unfortunately, neither of these options are fun (or realistic) which is where YesOJO’s OJO Projector for the Nintendo Switch comes into play! 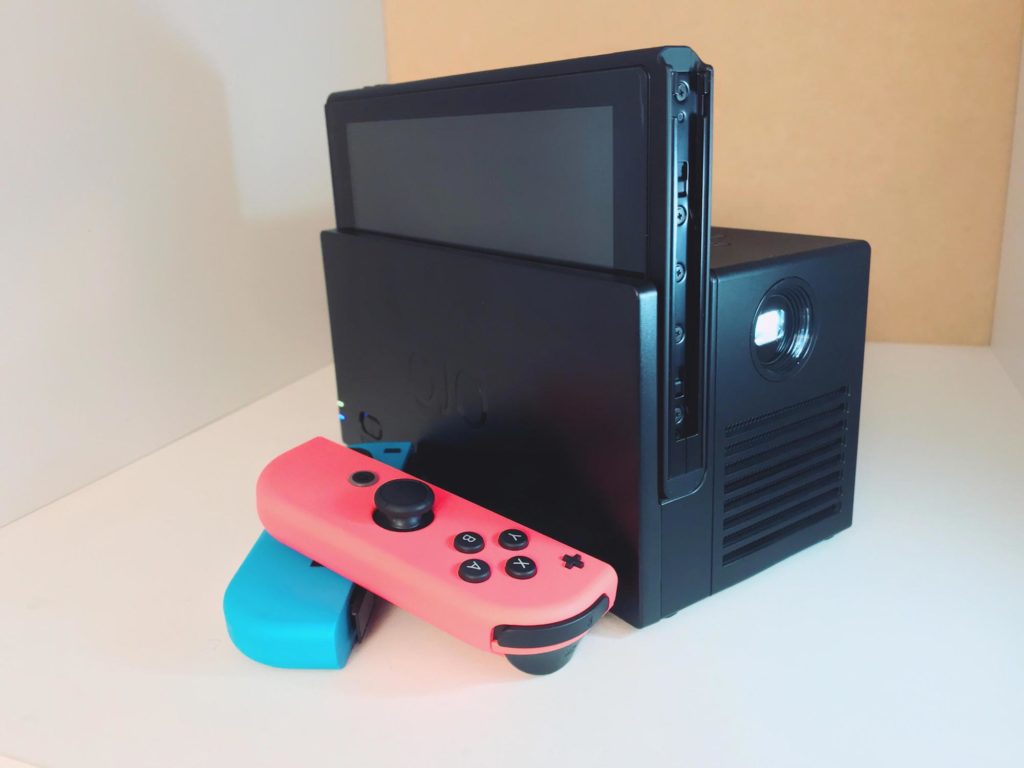 Built to both look and feel just like the official Nintendo Switch Docking Station, the YesOJO Projector allows you to project the screen of your Nintendo Switch to a size of up to 120 inches, for a maximum of 4 hours “without a power supply!” – thanks to the included 20,400mAh battery!

By simply dropping your Switch into the dock, you can share your Switch’s screen with virtually as many people as you can fit into one room! …provided you can find a wall or large-ish flat surface to project onto…😅

Just like the official Nintendo Switch docking station, minus the need for a TV.

Considering this is a projector, the device does get pretty warm after extended periods of use – although nothing crazy – and in case you were wondering, the fans are probably just a little too loud for use in a college library.

That having been said, where the YesOJO Projector shines its brightest is at parties and at most parties we’ve been to lately, drowning out fan noise with the projectors single large backfiring speaker isn’t going to be a problem. Turn up the music!! 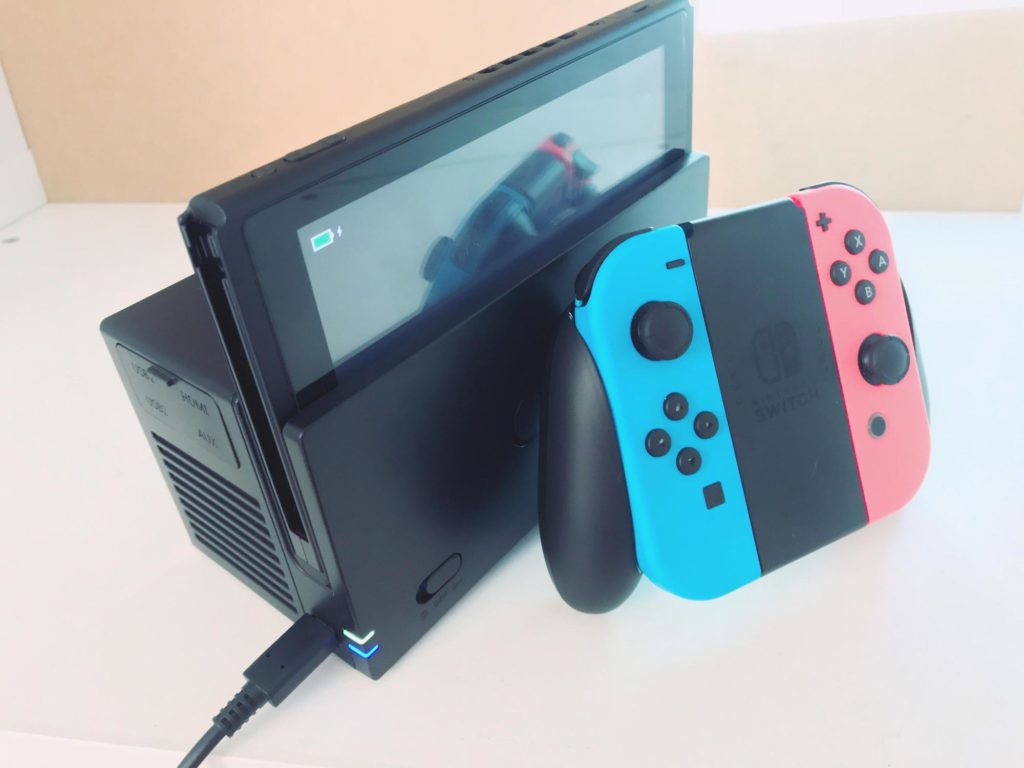 When it comes to output resolution, the YesOJO Projector projects at a resolution of 850 x 480 pixels which may not seem great, but is plenty good enough for a mobile projector you can use literally anywhere – without the need for a constant power supply… ⚡️

You will likely be surprised by just how clear the picture quality really is for such a tiny device.

One cool thing we noticed while playing around with the device was that by seriously darkening our environment, we could project a much larger image than what is quoted in YesOJO’s official device manual. Although doing so will certainly sacrifice the clarity of the projected image, screen clarity often isn’t that big of a deal at a Friday night “outdoor” Mario Kart Party. 🌙

Wirelessly playing on a theater-sized screen wins over image clarity any day! 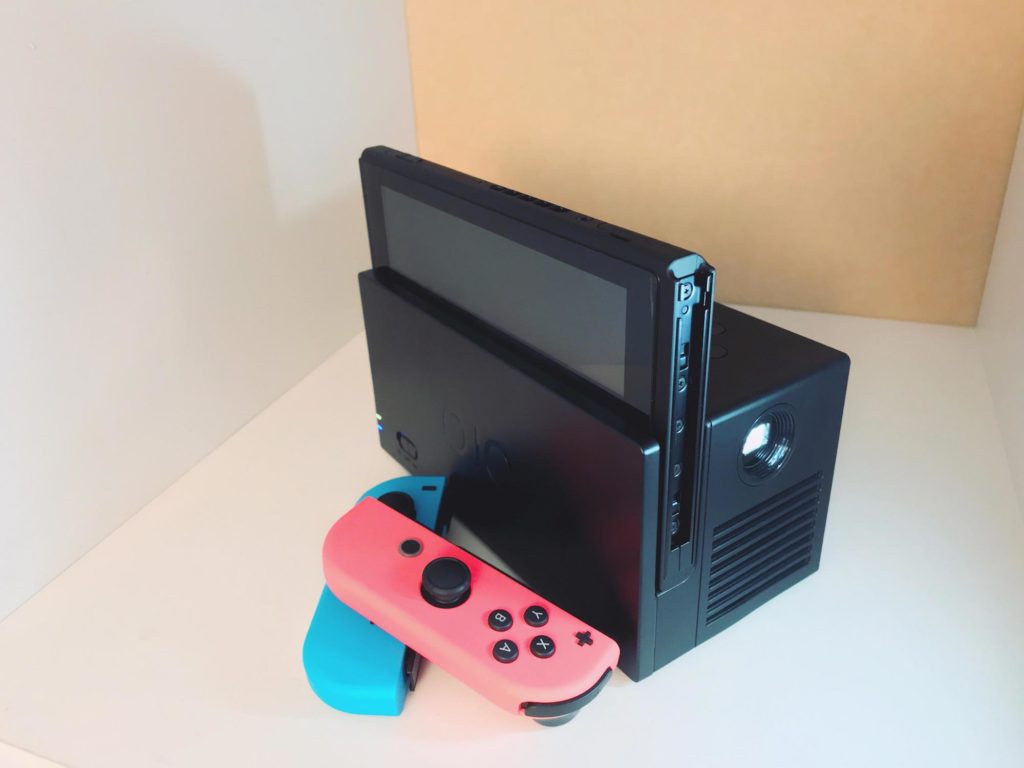 Last but not least, let’s take a quick look at the port selection which is found on the back of the device. The OJO Projector features two USB 3.0 ports (with power out), an HDMI In, a 3.5mm Audio Out, and a single USB-C port for charging the device.

Theoretically, the OJO Projector can be used as a massive power bank via the two USB 3.0 ports on the back, but the chances of someone actually using this device to charge their devices while on the go is highly unlikely, to say the least.

A more interesting and realistic scenario is simple using the device as a portable projector via the HDMI In on the back of the device. 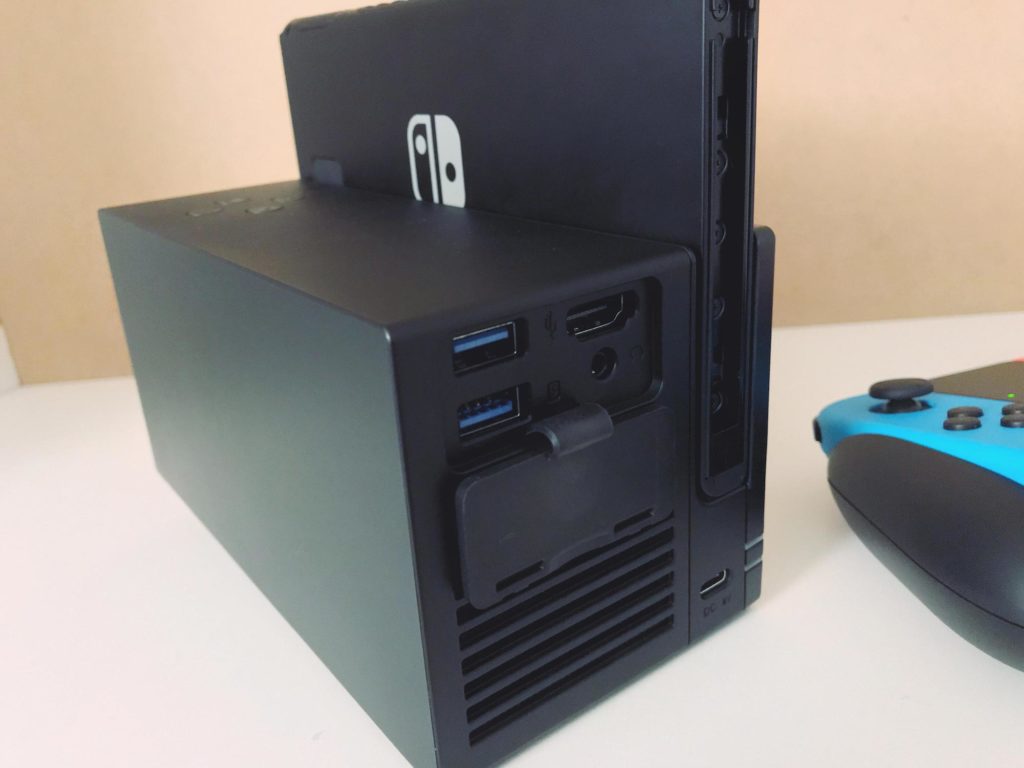 For anyone who is constantly using their Nintendo Switch to play games with their friends and family while on the go, the OJO Projector may just be the single greatest accessory for the Nintendo Switch we have ever seen! …and with the holiday season just around the corner… you probably see what we are getting at here…😉

One thing we would love to test out is how well the device holds up after long-term real-world use, but I guess we will have to leave that up to a future article.

For the time being this is our conclusion, “If you are after an amazingly portable device which makes sharing your gaming experience easier, this is a device you really need to check out. We love it, and we hope you will too.”

You can check the device out on Amazon here!