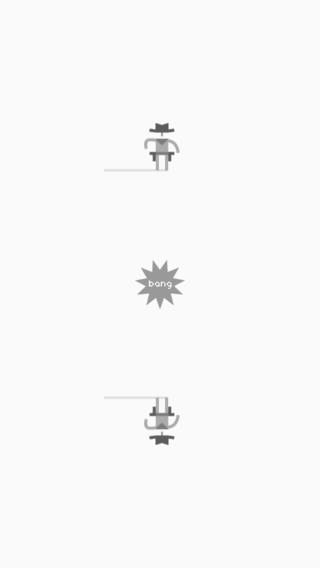 For those of you who are serious about becoming a game developer, here’s an interview you need to read…

Our interview with the Animade team is no doubt the most deep and inspiration packed interview we’ve ever published on Edamame Reviews.

Before we start, I’d like to thank the Animade team for participating in our interview, and for answering our questions in such detail. Thank you very much.

OK first up, why did you decide to make Ready Steady Bang?

Ready Steady Bang was the result of some downtime Tom [Judd, co-director of Animade] and I had following a client project. At the time Tom was starting out Chambers Judd [now Animade], with childhood friend James Chambers. I was a freelance animation director and Tom and I had been picking away at a few projects from Chambers Judd HQ.

It’s safe to say things were a little more relaxed back in 2011 and after we submitted the client project we’d been working on, Tom and I took early leave from the studio and headed to the pub to discuss ideas for a potential film we wanted to make. However, this quickly turned into ideas for a mobile game, given Tom’s digital experience.

We had an idea for a totally overblown Wild West game with character creation and extensive RPG elements, but the joke would be that when you got to gameplay it was simply a quick-fire duelling game, over in a matter of seconds.

Three pints down, we skipped back to the studio to start realising our amazing vision! As we began to design, we found what started as a joke began to be very serious. The early prototype was nothing more than a countdown timer that stopped when you touched the screen, but we found that even that was addictive; each of us competing to stop the timer at the lowest time possible. We were thinking ‘this could actually be a hit’.

Before we knew it, we’d stripped away the deadweight of the initial idea and were ploughing ahead with production with the same determined commitment as a paid client project.

Wow! What an awesome back story… So what programming language and or software did you use when making Ready Steady Bang?

The original version was made in C++. A little later we took on a brilliant developer named Guy Kogus, who reworked it to use cocos2Dx. This allowed us to port the game to Android and Windows.

Ok, here is a mean question. What was the hardest problem you needed to overcome when developing Ready Steady Bang?

There were a few technical hitches along the way, but mostly production went well due to the simplicity of the game.

We had concerns that numerous sprite sheets of animation would take up too much space, especially considering that we had to create both large and small versions of each sheet to accommodate the iPad as well as the iPhone (there was no Retina back then). However, research led us to different pieces of software that sorted and compressed files small enough so this wouldn’t be a problem.

Probably the largest issue was due to the speed at which the iPhone and iPad could register increments of touch inputs. We found through testing that the same reaction times would keep coming up. Try as we might, we couldn’t find a solution and had to launch the game with the issue still present. It was a tiny thing that few people noticed, but it bugged us. We fixed the issue later through an update—as is the done thing!

To be honest, anywhere and at any time; in bed, in meetings, while driving, on the loo. It sounds corny but inspiration is everywhere, you’ve just got to clear your mind a little to let the ideas blossom.

The company that started out as Chambers Judd and Cowboy Games is now Animade, and we’re still developing animation and digital content for both clients and personal projects. Most of our experiments and ‘gamified’ ideas are browser-based for anyone to check out; things like frankenSim, a grisly virtual desktop where you can poke and prod various body parts.

We’re incredibly proud of Ready Steady Bang and Ready Steady Play and the followers and fans the games have brought us, but despite numerous ambitions we have, we find it hard to dedicate the vast amount of time and resource needed for full game development on top of our main studio work. Our hope is that one day these games will be ‘found’ in such a way that we see enough monetary returns to fund a new mobile game.

It’s great that you’ve reached out to us and it’s been a pleasure answering your questions. It’s also great to see a website that cleanly presents reviews as you do and we’re honored to have a place on your site. Many thanks!