With the job market like it is, sometimes you have to settle for an internship… and sometimes that internship is at a cemetery run by ghosts! Graveyard Smash is a pinball-like game where you’re tasked with banishing the evil spirits that haunt the premises.

Gameplay is one-handed – Tap and hold anywhere on the screen to pull back the “plunger,” and release to send it flying. Swipe on the screen to push spirits around and nail those hard-to-make shots. In Graveyard Smash, it’s constant multi-ball as new spirits appear regularly. Sink them into portals to rack up points and survive, because if you ever have more than 3 ghosts on the screen at once, it’s game over!

My name is Sam Strick, and I’ve been a game designer for nearly 10 years. I have worked on web and mobile games for all sorts of clients from Disney and Viacom to Lego and Colgate. With all that said, I’ve always wanted to learn to code and develop a game on my own and I set about doing that with Graveyard Smash. 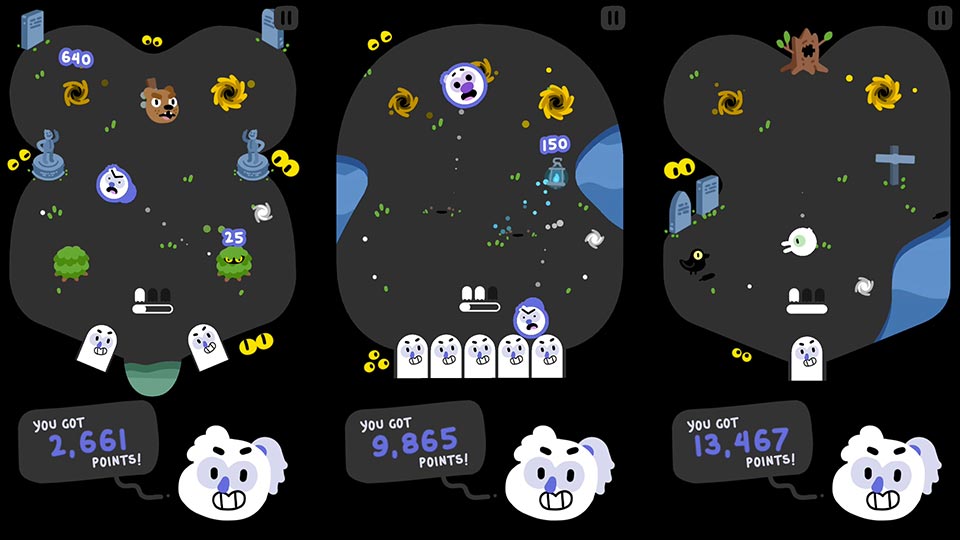 Between my last contracts, I hopped on Udemy and knuckled down learning C# and Unity. Once I was confident I could develop a game from start to finish I set about making sure I was using my strengths and covering for my weaknesses. What would be the easiest game to make in Unity? Probably a physics game, considering Unity hands you a fairly robust physics engine. How could I make sure it would run well on a variety of hardware? I’ll make it 2D. This sort of question and answer approach is how I tackled the whole game, and I’ve ended up with something I’m really proud of.

The first time you launch Graveyard Smash each day, you’re greeted by Mabel, your boss. Sometimes the conversation is strictly water-cooler, but as you get to know her she’ll open up about her life and what it’s like being a ghost. If you like the narrative aspects of games like Animal Crossing or Stardew Valley, this is going to be your jam. The one day you probably won’t be seeing Mabel is Thursdays, which I’m not about to spoil for you. 😉

It’s not just the dialogue that’s different each day – the levels change too! Every day you’ll be given a different level to tackle, each with its own unique global leaderboard. Some levels are high scoring, others are technical – they’re essentially different pinball tables. With 15 levels out now, and plenty more in development that will be released in regular updates, you’ll have your ghostly hands full for a looong time. 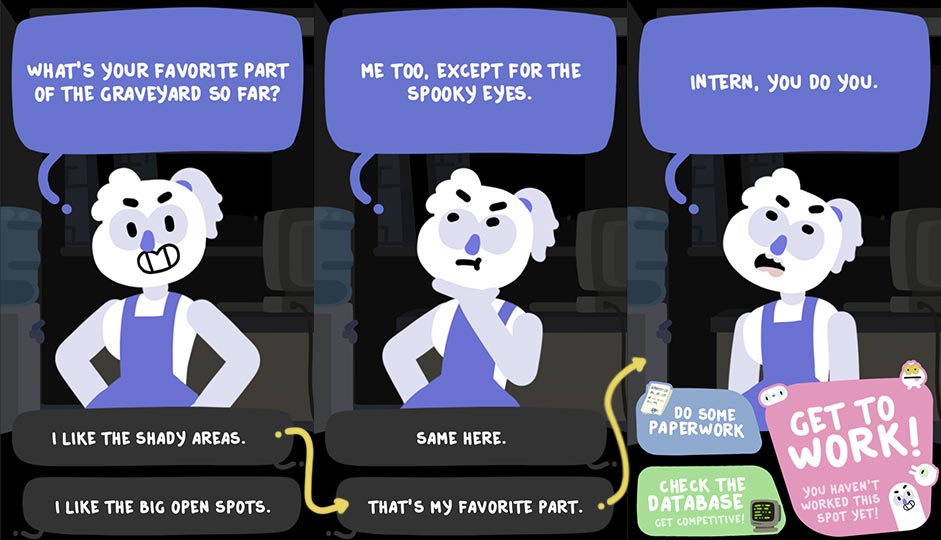 So the narrative is juicy, and the levels change daily, but how do you nail that high score and become intern of the day? Here are some tips: Ghosts start out worth 1000 points, but are worth less the longer they’re on the board. Sink a ghost in a big portal and you’ll get 1000 bonus points. Obstacles like troll bushes and zombie hands are worth points when you hit them; and some obstacles, like the crow, are worth more points each time you hit them.

• Pinball / Minigolf styled gameplay.
• A boss & A regional manager!
• 15 Levels.
• A global leaderboard for each level.
• A surprisingly large amount of lore!
• About one minute of playtime per game. 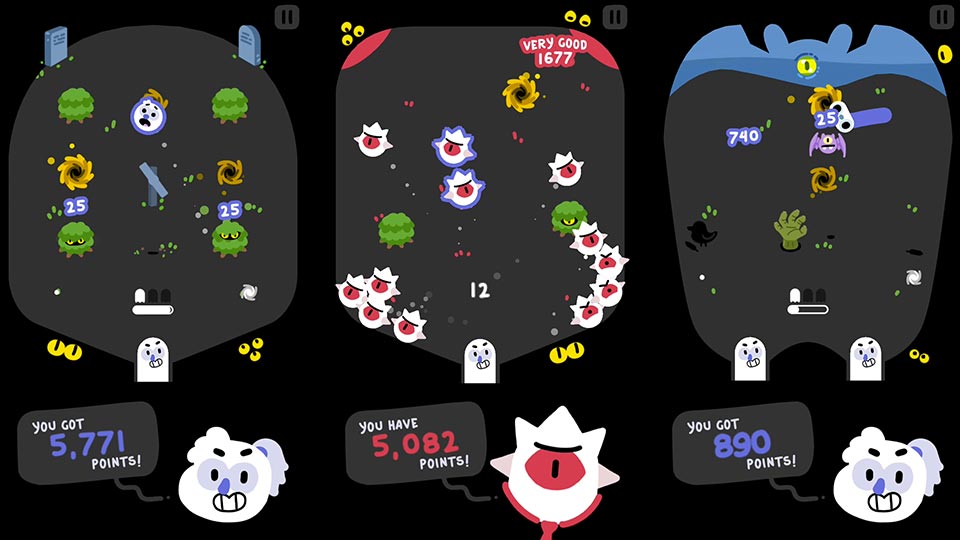 While I can draw and code, I’m not much of a sound designer or writer. I got to work with professional sound designer Daniel Caldwell to create the soundtrack (which rules)! I also hired on my brother, Jacob Strick, a professional writer who has worked on a variety of cartoons and live action shows.

Follow me at Three Day Weekend to see more about my game development!

This article was Published by Edamame Reviews, Written by Three Day Weekend.
Edamame Reviews cannot be held responsible for the content within this post.