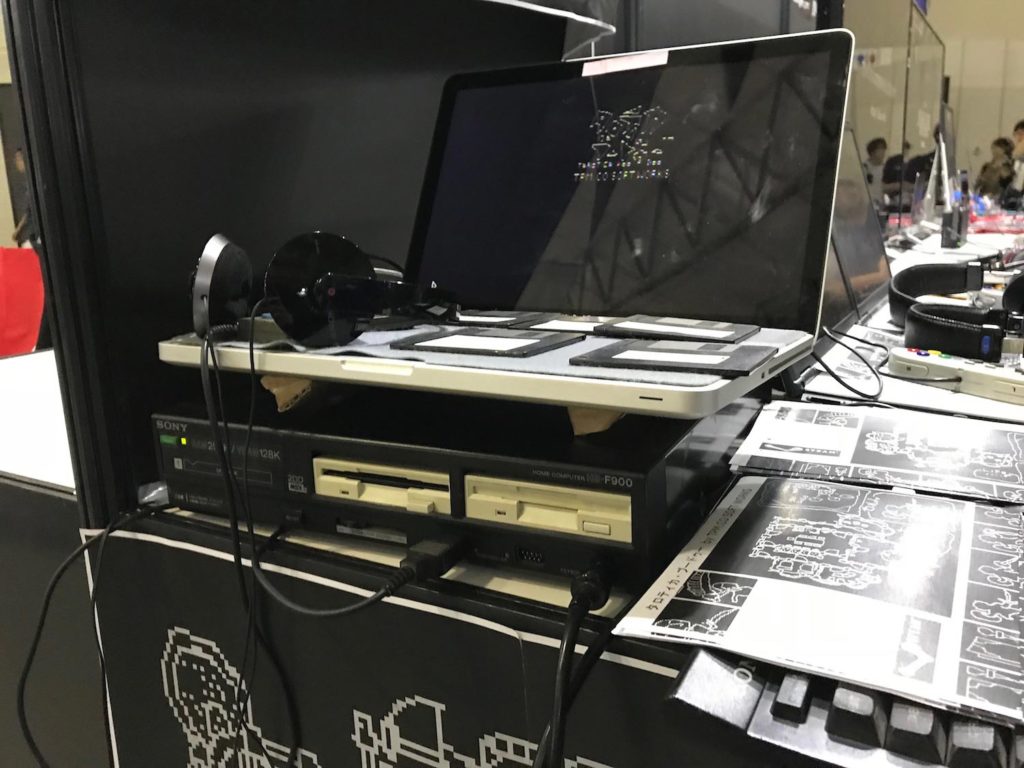 One of our greatest finds at Tokyo Game Show was bumping into an Indie Developer who develops his games in actual 8 bit. For anyone wondering, his game will be available on Steam! Eventually… it has been in development for the last 5 years…

For anyone who has ever attempted to create a game in basic, we salute you. It looks almost impossible!

Digging through his 5 years worth of handwritten notes, we were slowly guided through the steps and beauties of developing in basic. Since we are not developers we could be getting this all wrong, but the main gist seemed to go along the lines of:

“Edit the very pixel makeup of different letters that appear in your command line (for instance the letter A) in order to create black and green pixel art characters, stages, and enemies which can be moved around the screen using way toooooo muuuuch cooooode for us to handle…”

When asked why he chooses to make games in basic, the simple answer we received was: “You don’t need to build or compile.”

Sure, that’s cool… But I think we’d rather use Unity or Unreal Engine… 😅

For people like us who don’t fully understand the beauty of 8-bit game development, perhaps you would like to try 8-bit gaming…?

8-bit gaming can be described in just one phrase. “Everything you take for granted in the games you play today does not exist in a true 8-bit game. Figuring out how to play the game is a puzzle in itself…”