Who in the game development community hasn’t heard of Unity 3D?

Used by millions of developers around the world, in Q1 of 2016 Unity was used to create a whopping 34% of the world’s top 1,000 free mobile games! And, later the same year, accumulated an insane 5 billion “Made with Unity” game downloads in just Q3 of 2016!

To some, Unity may seem unstoppable! …and it probably is…😅

Unity 3D is “for a fact” the most “Innovative” developer tool on the market! …Ahh, No…😕 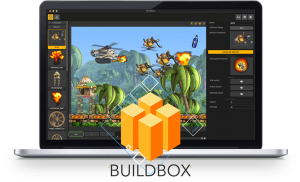 A lot of developers have rather mixed feelings about Buildbox. Being one of the most overpriced developer tools on the market, Buildbox costs a crazy $99 Per Month(!), which means using Buildbox is pretty much out of the question for a lot of new indie studios with relatively small budgets…

On top of that, what you get for the high price is well… not all that innovative…

In exchange for the ease of “Codeless Game Development”, users are given set tools to work with which are definitely faster than coding but have their limitations. Anyone who has experienced the freedom of building their own game from scratch – and loved it❤️ – will probably find a lot of these limitations extremely frustrating…!

Buildbox (vs) Unity – Apple (vs) Microsoft? 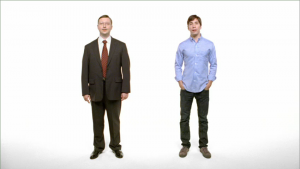 Buildbox and Unity are a little like Apple and Microsoft in the sense that they are both similar products with very different uses.

(Please note that this is our opinion on these two products and may not be exactly what the creators intended.)

When compared side by side Unity is 100% better than Buildbox. Said bluntly, there isn’t a single thing Buildbox can do that Unity can’t when in the hands of an Experienced Developer. This is a fact.

The only thing is, you don’t need to be an Experienced Developer to create great games using Buildbox.

For instance, Color Switch by Fortafy Games (a game which has now had over 100 million downloads worldwide) was created by an army veteran using Buildbox in just under a week! Imagine, your first ever game downloaded over 100 million times!

(At the time of writing, 26% of the top 15 Games in the US App Store were created using Buildbox!)

With this, we finally get to our conclusion.

Why Buildbox is the most “INNOVATIVE” developer tool currently on the market.

For someone who has never created a game in their life, Buildbox opens a door into a whole new world of potential. People of all different ages, fields, and backgrounds, can now easily create amazing high-quality games within a matter of days!

…and when people think differently, “innovation” is born…