The development of Tjuhej has been quite a peculiar journey. it starts with some children of war veterans trying out a totally different VR prototype that was originally intended to help calm stress-induced symptoms. However, because of the success among kids, we decided it would be cool to make a VR app for kids but instead of focusing on a problem we wanted it to be an app that was fun and felt good at the same time as being mindful, low-arousal and provide simple tools for dealing with everyday problems.

Even though we as a team are all very different, we all have playful personalities where we would rather be immersed in our toys than do the dishes. Most of our creativity and more philosophical discussions emerge from having fun. So, when we started to plan Tjuhej we wanted to capture that feeling and experiment with deconstructing “mindfulness” to a playful experience where you do not necessarily think or know that is what you are doing. 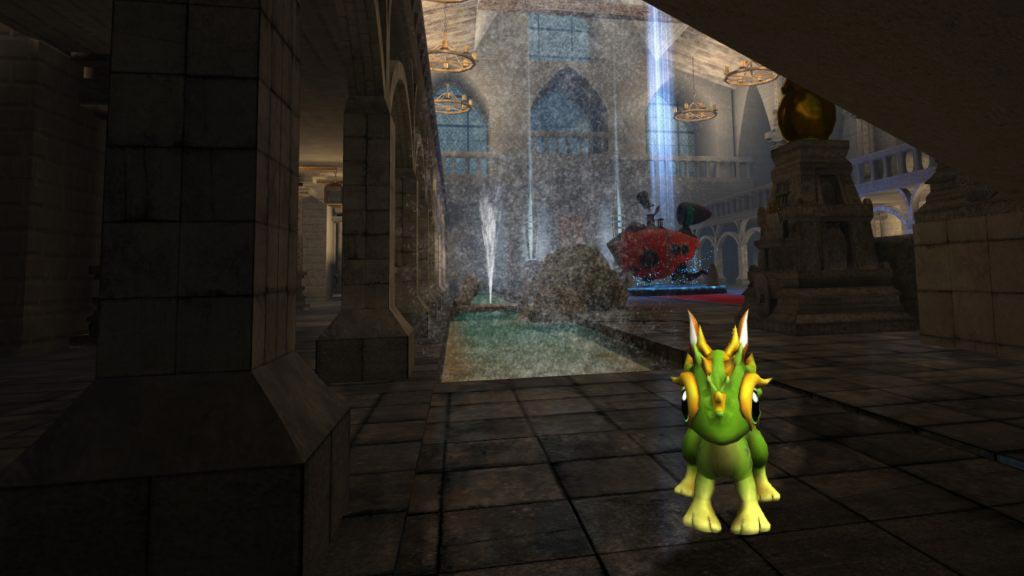 We wanted to make something completely different – we did not really care about having to fit a specific genre because we wanted it to be more of an experience where you have to figure things out for yourself and see what comes next – a little like if you actually happened to end up in Wonderland, except there are no evil surprises!

So basically, we made a “don’t think – just be there” playground that is really difficult to describe. Besides the occasional bug fixing the app text itself might evolve over time! 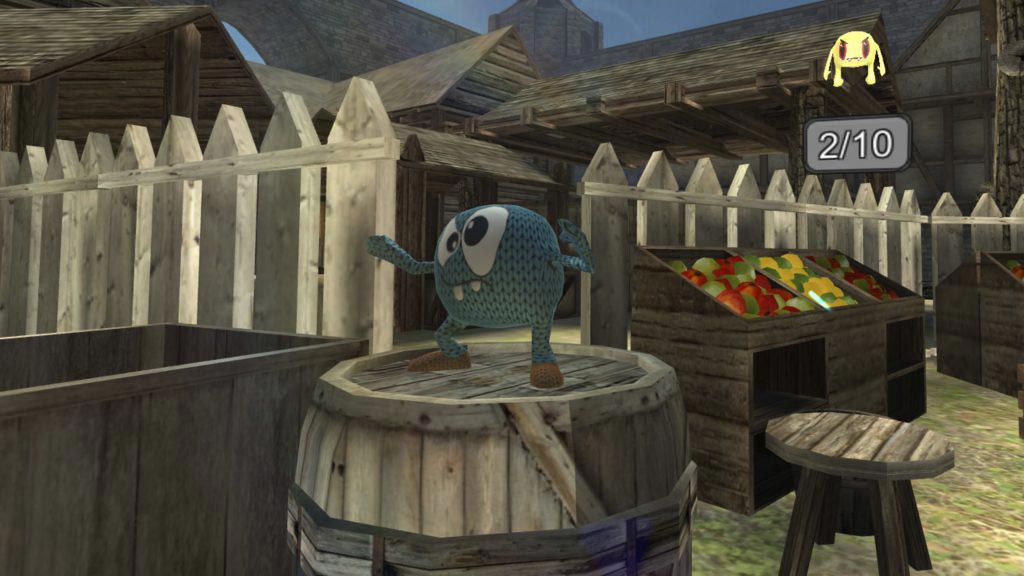 As a symbol of this storytelling universe we build the menu as a crazy story machine where story names are listed instead of levels. We used mini-games to slow the player down with tools from the mystery genre where you must focus and be observant.

Because you can move around every part of Tjuhej you have to position yourself when activating objects (for example: when waking up the dragon or entering the spaceship.) The spaceship ride itself is a mental shift to the story universe where you are still and listening.

As an extra feature “binaural alpha beats” are underlying the music to help further relaxation. After a story, you receive a star and when you have 3 stars you get access to the Playhouse. As a small detail, you can see a new star in the door through the first three levels. The Playhouse is a virtual interpretation of a traditional playhouse with 2D and 3D painting, collectible 3D rewards – that are both animated and paintable – and listen to a cool tune on the radio. 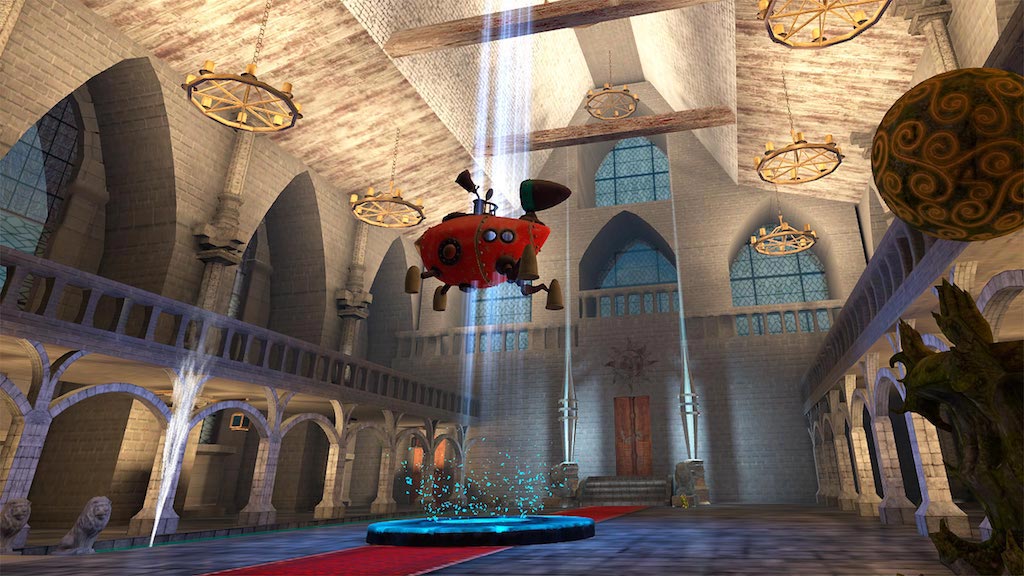 Tjuhej is available for Oculus Rift, GearVR, and Google Daydream. It requires a good deal of power and to be honest not all phones love this app so you can try it out for free.

We were able to make Tjuhej as a partly free experience thanks to Danish Innovation Fund InnoBooster.

Basically, you handle Tjuhej like a mystery game where the only information you get together with the tutorial is in Level 1 – the “Wormhole”.  All of the levels are in three stages; mini-game, space ride, and story universe – always ending with a star. You cannot lose anything, but you need a star to progress whether it is to access the Playhouse for the first time or to get new rewards.

Once you have completed a level, you can always go back or choose any of the previous stories. 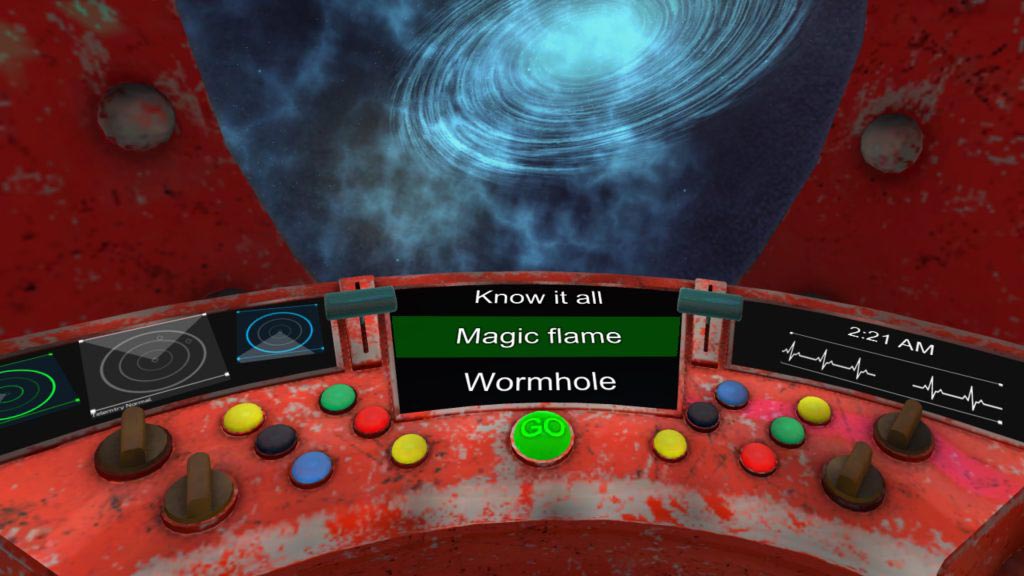 Levels start out easy, gently guiding players into this new world before becoming more and more challenging, requiring you to use previously collected items. Suddenly getting an inventory from level 4, “Astropirate”, where the only help you have is a highlight of a tool, you will have to figure out how to use it (or several of them) by remembering how it (or they) were used in a different level.

As you progress you will be granted access to the outside area where new characters are waiting.

We choose to deal with challenges encountered in the game by showing gameplay videos on Tjuhej´s page – so there is a way to rescue yourself from difficult situations in the game!

Minditorium is a Danish start-up founded by visual designer Jette Kimer and content developer Christina Teichert. As a global indie gettogether, we make projects with Russian programmer Dinar Khasanov, Spanish musician Dmitry Djabanov, and Texas rapper Keybeaux. Tjuhej is following Minditoriums mindZense Sleep and De-Stress apps. Whereas the mindZense apps were helping to unwind and get better sleep, Tjuhej is taking it a step further while being entertaining but also having a higher purpose.

Tjuhej is currently a 9-level game with more levels in the making. Tjuhej Playhouse will be released shortly as a single app with a lot more experiences. We are also working on making Tjuhej as a non-VR experience for multiple smartphones and tablets.

We would love to hear from you

This article was Published by Edamame Reviews, Written by Minditorium.
Edamame Reviews cannot be held responsible for the content within this post.