Edamame Reviews
Home Interview The Birth of an Indie Game – The Story of Burglars, Inc. 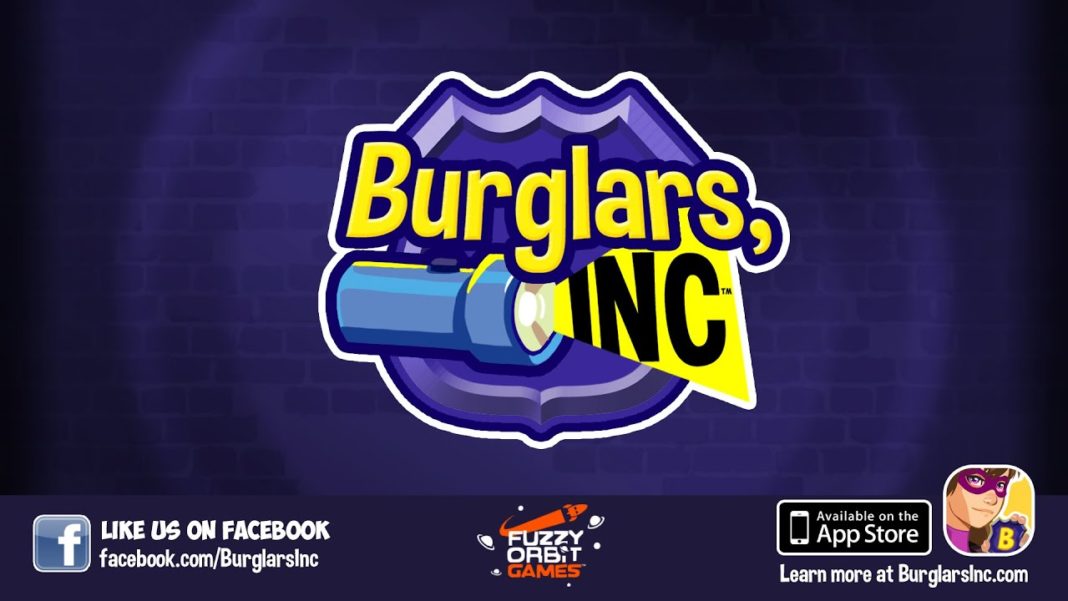 Most games are created as either a commercial product dictated by market forces or are driven by a singular vision of an impassioned developer. To start with, we had neither.

In the summer of 2013, my friend Andy and I had just finished production on a giant, several hundred developer, multi-tier 5-year long title. It was fun, it was exhausting, and it was over. A few weeks after launch, I was chatting in Andy’s office. We were headed our separate ways to work on different projects at different companies and were discussing the future. That’s when he mentioned we should make something together on the side – something personal, something that we could lovingly handcraft. An indie game. I jumped at the opportunity.

But where to begin? Andy codes and I draw and design things, so we already had the skills that we needed to make a game from scratch but we were staring at an empty canvas. What would we fill it with? We had no idea. 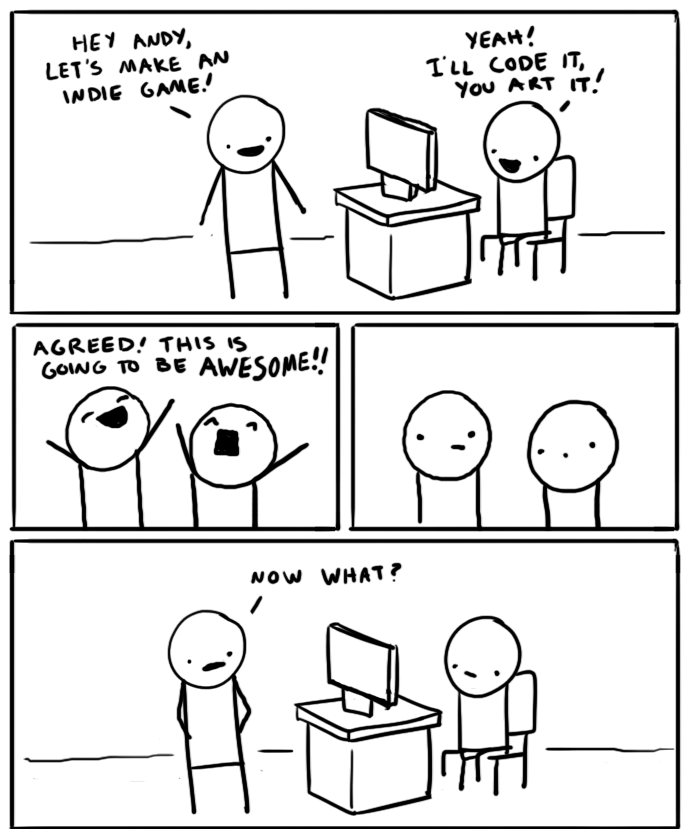 To start, we thought it would be a good exercise to come up with as many game concepts as we could. There were a few criteria. One – it had to be something that a two-man team could complete while working part-time, on nights and weekends. Two – it had to be original; we weren’t interested in making a derivation of an existing game or genre. Three – it had to be fun, of course.

We put together a list of loose game ideas – from a detective drawing game to a god-like strategy game, to a crazy idea about the “first” video game powered by Charles Babbage’s Difference Engine. We ended up settling on a game idea that used a new and unique type of puzzle mechanic, called “Tesla’s Coils.”

The basic gameplay of Tesla’s Coils was to push, turn, and connect little puzzle pieces to form chains and then send a bolt of electricity through them to a battery. Once the battery was charged, the player won. We had no clue if this would be fun or not, and the only way we knew how to find out was to try it. Andy built a quick prototype in the next several days to test the gameplay, and it showed a lot of promise. We were off to a good start!

Andy then suggested that we keep the puzzle mechanic but re-theme the game. We love Tesla, but a game about charging batteries didn’t exactly excite our imaginations. Fortunately, a few months earlier, I had created a prototype for a card game about burglars. Ultimately, the card game was mediocre at best and I had chucked the idea. However, the burglar theme was still rolling around my brain. I asked Andy if instead of charging batteries, what if the player assumed the role of a burglar breaking into safes and picking locks? It definitely seemed more exciting. After some consideration, we decided to run with it. 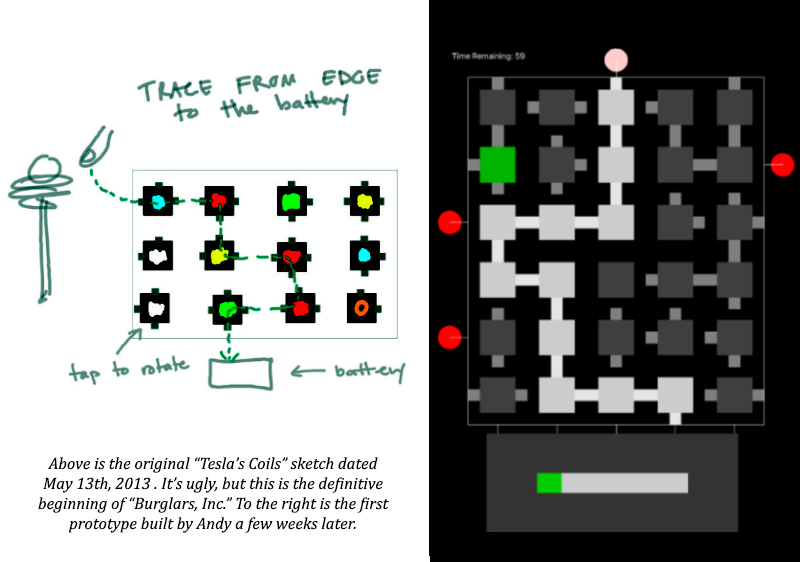 By that time, we had everything we needed. We had an original mechanic that we liked, we had a theme we liked, and we had decided that the gameplay suited a smartphone touch screen the best. Andy had a lot of experience making apps on the iPhone, so that’s the platform we decided to try first. Great, so now all we have to do is build the game, right?

This is the boring part of the story. Building a game is about trial, error, and iteration. We did all of those things, many, many times over the course of 3 years at night after our day jobs and when the kids were asleep, in the wee hours of the morning, or during the rare weekend lull. Thus, Burglars, Inc. was born, not in an exciting flurry of development, but a long focused grind towards completion. And we loved it.

A few unexpected features popped up while making Burglars, Inc. For starters, we decided to try a different take on burglars and cast them as modern-day Robin Hoods rather than shadowy, underworld thieves. We introduced a concept of an organization of do-gooders operating in a crooked city, out to steal back what had been taken from exploited citizens, one job at a time. Their organization, and the title of the game (thanks, Andy!), is called Burglars, Inc.

Another feature that came about organically, but unexpectedly, is that our simple puzzle game became heavily story driven. This is rare, but not unique in puzzle games. The Professor Layton series, the Phoenix Wright series, the original Puzzle Quest, and one of my favorite game gems Might and Magic: Clash of Heroes all took this angle as well. In our game, the player follows the adventures of Chase, a new recruit in the ranks of Burglars, Inc., as she and her friends perform light-hearted, albeit dangerous, capers across the city. The story is quite meaty, but we were careful to keep the dialog exchanges brief so the game can be experienced in short chunks on the go. 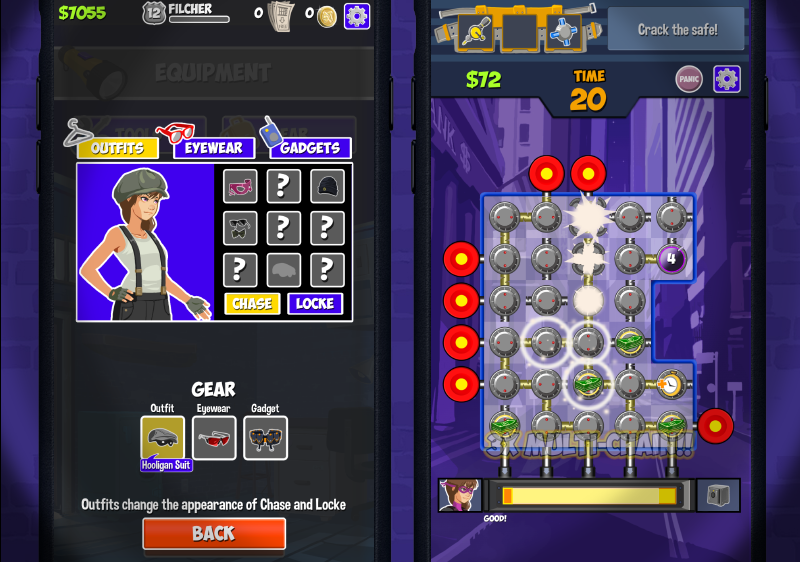 The game also ended up much larger than we originally envisioned. In the end, we created nearly 200 unique puzzles, 18 tools the burglars can use, 27 pieces of gear that can be equipped, 50 ranks to gain, 30 achievements that can be unlocked, 60 collectible trophies, and a bunch of different puzzle types and twists to make every level feel distinct. The game has an RPG-like feel to it, which was not part of the original plan, but seems to fit nicely.

Finally, we also decided to make the game 100% free to try, with no ads or microtransactions. Andy and I both have day jobs to support our families, so Burglars, Inc. was primarily created out of an irresistible passion for making games. We considered ads and microtransactions early on, but we scrapped them and the game is better for it. Players can try the first 4 episodes of Burglars, Inc. gratis (about an hour or two of content), and if they like it, there’s a single $2.99 in-app purchase to unlock the full game.

And that’s it! It was a long journey and one that’s not over. We’re still trying to get the word out about the game so players who might be interested can find it. If you’re curious, give Burglars, Inc. a try and let us know what you think. Thanks for reading, and happy burgling! 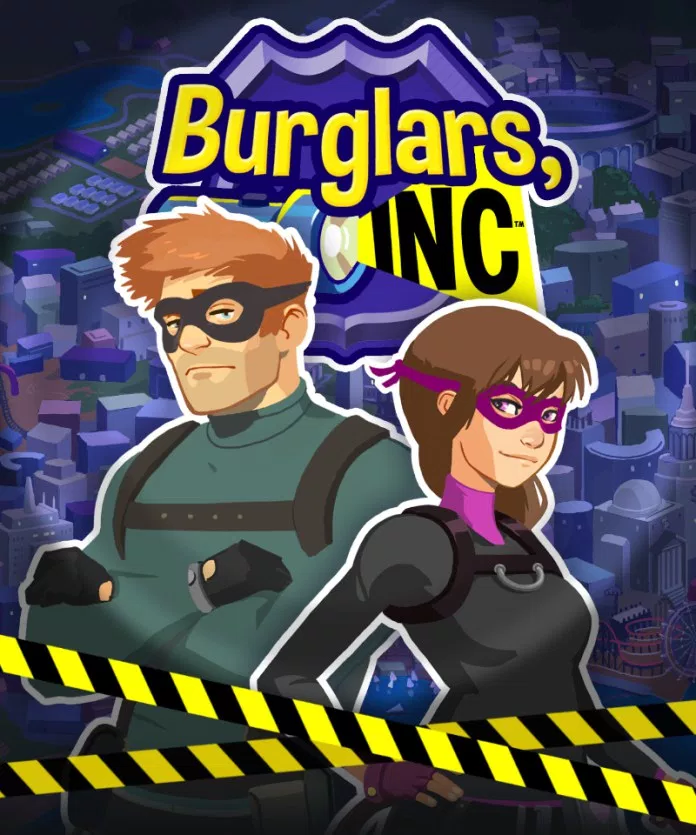 We had some help making Burglars, Inc. and would like to thank those that were able to lend a hand! Our awesome spy-jazz music was composed by Bryan Teoh, our friend Cat Neri generously lent us her time creating the sound effects, and the folks at The Behemoth and The Research Centaur provided great UX and QA support. And a very special thanks to our families who stood by us through our long and winding development adventure! Finally, thank you, the players. We hope you like our game!

Love this article by Patrick Dailey?

This article was Published by Edamame Reviews, Written by Patrick Dailey from the Fuzzy Orbit Team.
Edamame Reviews cannot be held responsible for the content within this post.