Sky Duels is the arcade style flying game you’ve been longing for – redesigned for mobile. With more than 20 aircraft to play, sharp controls, an enjoyable gameplay loop, and bright and attractive visuals, flying on your mobile device has never been more fun.

As kids, we basically played everything that came to our hands. Even though we may have some personal genre preferences today, we always missed the feel of those old-school flying arcade games on mobile. There was simply not a single flying game out there, that felt fun. They were always too realistic, or too simple and unresponsive, with an unsatisfying feeling of controlling your aircraft.

We’ve tried to change this by making the first one – by simply creating a game which we would like to play ourselves.

We didn’t follow the patterns of most free content now: we created a game that is going to last, and will not become repetitive after a few minutes of gameplay, also it isn’t overloaded with mood breaking advertisements.

It is always challenging to come up with controls for a mobile game. We absolutely wanted to bring a feeling of total control over the player’s plane, while not pushing the player into focusing on touchscreen controls at all – virtual joysticks are a big no for us in general.

For a good feeling of flight, one of most discussed and continuously changed and tested feature was also the camera positioning. All design choices came obviously but also with some sacrifices. In the end, we believe that this is the best we can do to achieve the ideal – that feeling of gaming on an old arcade machine on your smartphone. 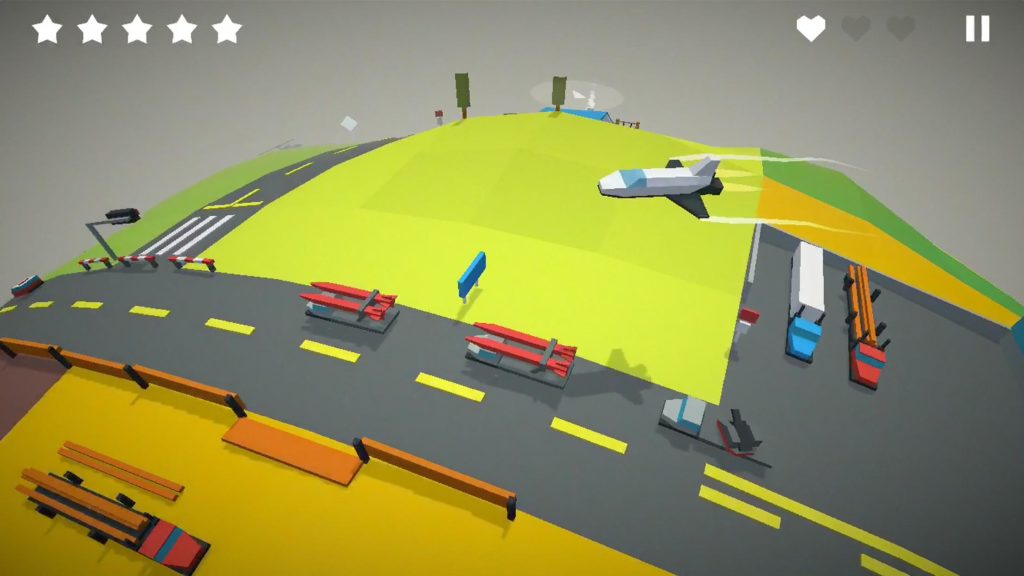 Unique world – at least to us 🙂

As we are almost maniacally obsessed with unnecessary details, the game world may look pretty simplistic (and generally really is), but it is also handcrafted with totally unimportant extra trifles. We like them and we mostly want to believe, that there are people like us enjoying discovering them in a game.

Would you, for example, expect smoke only to rise from the chimneys of houses when the owners are home – i.e. there is a car parked in the driveway?

Many such mechanics including more significant changes such as structure orientations are randomly triggered with defined behaviors, in order to make the world feel more alive. Other parts change with your progress, like making the world more hostile by placing natural obstacles in flight level and enemy units to challenge you.

In such a scale, it may also be surprising that many buildings are not just static. They evolve with game progress but are also ready to physically react to events such as crashes or accidental hits.

We hope you enjoy your aerial dogfights with the plane of your choice – you can expect perceptible differences in speed, agility, and firepower, following their real models. 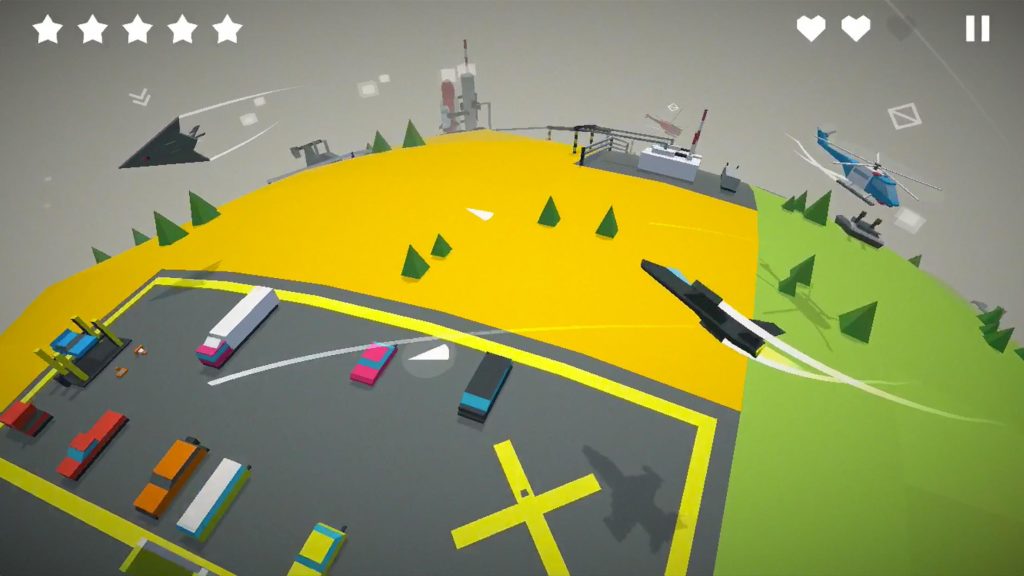 We are a tiny indie studio of two. We grew up on games, and continue playing them today – and have always wanted to take part as creators. We are proof that nowadays really anyone is able to use available tools to create a game and deliver it to players.

The creation process is the goal itself: all assets used in Sky Duels covering not just code but graphics, models and ending with music, is original for the game and was made by us. We happily use open-source such as Blender, Inkscape, and Gimp, many thanks to all the people participating in the development of these tools, making Sky Duels possible.

This article was Published by Edamame Reviews, Written by Panopera.
Edamame Reviews cannot be held responsible for the content within this post.