Lately we’ve had quite a lot of surprising puzzle games. In fact, we have had so many puzzles with interesting new concepts that we were pretty sure no matter what came next, we’d be ready for it. We had learned to expect the unexpected with puzzles and were sure that there was no way another one would shock us…

Well, it seems you can never underestimate what some developers come up with, because Rust Bucket seems like an impossible combination.

At first glance, Rust Bucket looks, sounds, and feels like an RPG. The graphics are nicely made and just give off that RPG feel you find nowhere else. So the fact that after 10 minutes of playing, anyone would say that ‘this is in fact a puzzle game’ is amazing. The secret is hidden in the controls.

By swiping up, down, left, or right, your player, a rusty bucket with a sword and horns, will move around the screen. The player’s movements are like on a gridded map, and resemble older RPG’s. Each time you move, an enemy or moving obstacle will also move. This means that your movements, and your enemy’s movements are linked and can be carefully planned out before they actually take place. So for people who find that action games now move too fast, this is a much slower game that only moves when you move. Looking at it the other way round, for players who rely on their reaction time and high level characters, this simple RPG is an extremely difficult and challenging game. 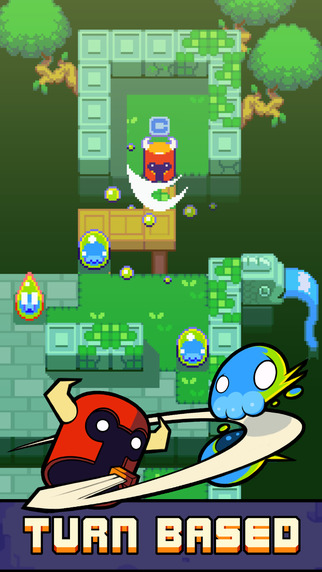 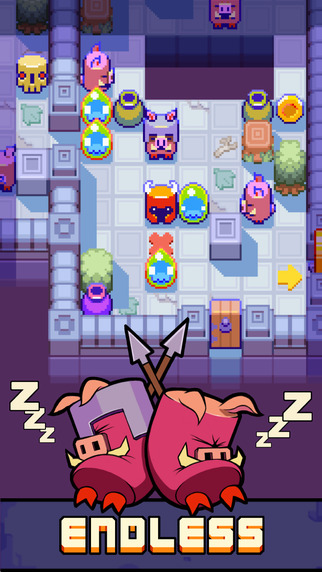 In Rust Bucket the order you do things is everything. If you stop and think out your moves, the game itself is actually pretty easy, if you don’t, you’re pretty much dead right from the start.