14 months ago work started on what was to be a simple “bi-plane” type game where you could fly about and shoot other planes. The development time was going to be a quick turnaround of a few months – how wrong we were!!

The feature list for Rockstar Alien Killers just grew and grew. First, we went from having one enemy plane to fight against to a whole host of aliens/UFOs to defeat. Then we started adding Missions, different weapons, different planes, characters to select, different game modes . . . . . and the list went on and on and on!

So the basic idea behind the game is that you take control of a washed-up group of Rockstars who just happen to be able to fly planes. Earth is under attack and it’s up to you to select a plane, weapons, and a character before taking to the skies to defeat the enemy.

Rockstar Alien Killers is broken down into different missions which are unlocked as you increase your “Rockstar Rating” (or XP). Coins that are collected throughout the game can be used to buy new planes, upgrade weapons and buy some much-needed add-ons. 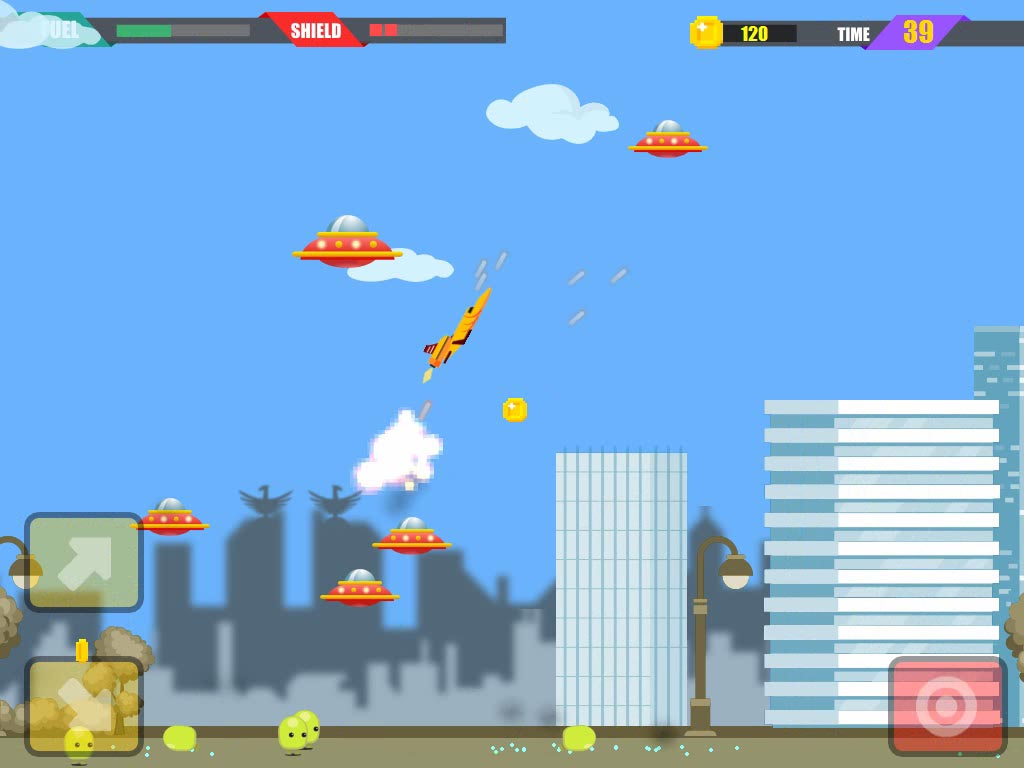 The controls are really easy and you’ll soon be doing loop-the-loops around the enemies while shooting anything that moves. Two buttons control the plane’s direction and one to fire.

TOP TIP: Hold down the Fire button to constantly fire. It makes life up in the clouds so much easier!

At the start of the game, you’ll start with a basic plane which doesn’t have a lot of shields and has limited fuel. As you collect coins you’ll be able to upgrade your plane. There are bi-planes, super-fast jets, and even blimps! Coins can also be used to upgrade your weapons.

Missions start easy enough and some will even have a “Mission Bonus” to achieve. Completing these will give you bonus coins.

TOP TIP: Sometimes it is best to replay a mission with a different plane or weapons combination to make it easier. All missions can be replayed. 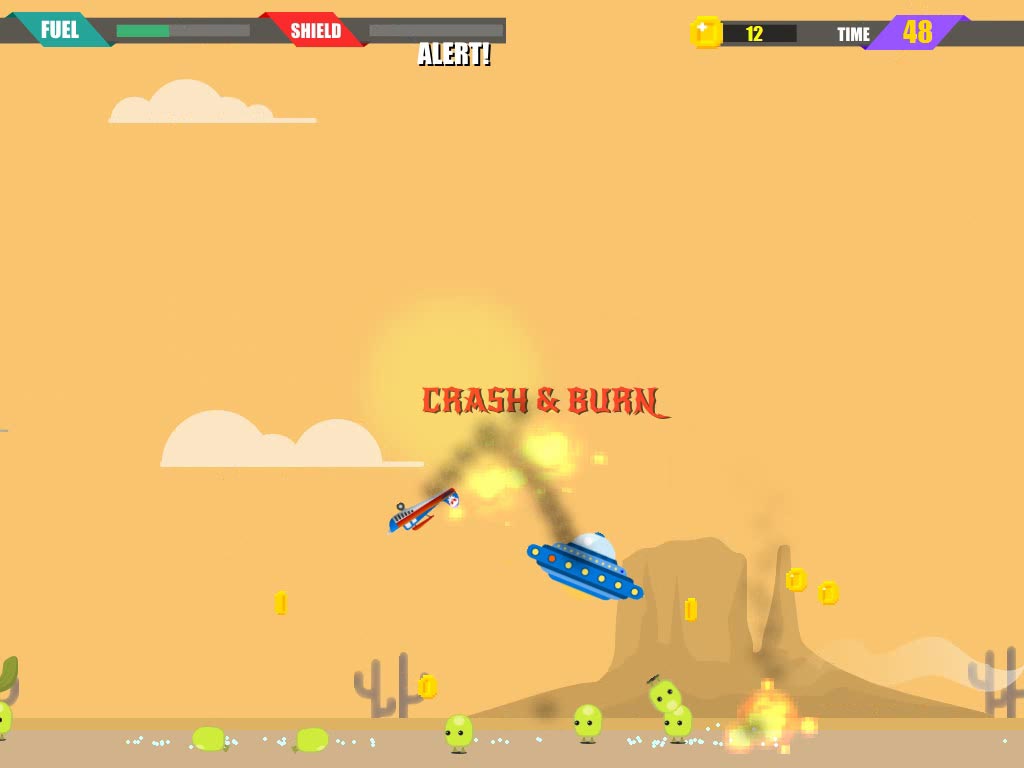 * 16 main missions to try and complete featuring heat seekers, clone UFOs, War Ships, towers, lasers and much, much more.
* Random Selection missions where 3 main enemies are randomly generated for you to do battle against.
* Rocknite game mode (not Fortnite!!) – Take on 50 UFOs and see how long it takes before you Crash n Burn.
* 7 different plane types each with varying speeds, shields, and fuel.
* Upgrade your plane with primary and secondary weapons. Get the Heat Seekers and become a Rock God!
* Match the rockstar characters with their favorite planes to get a coin bonus. 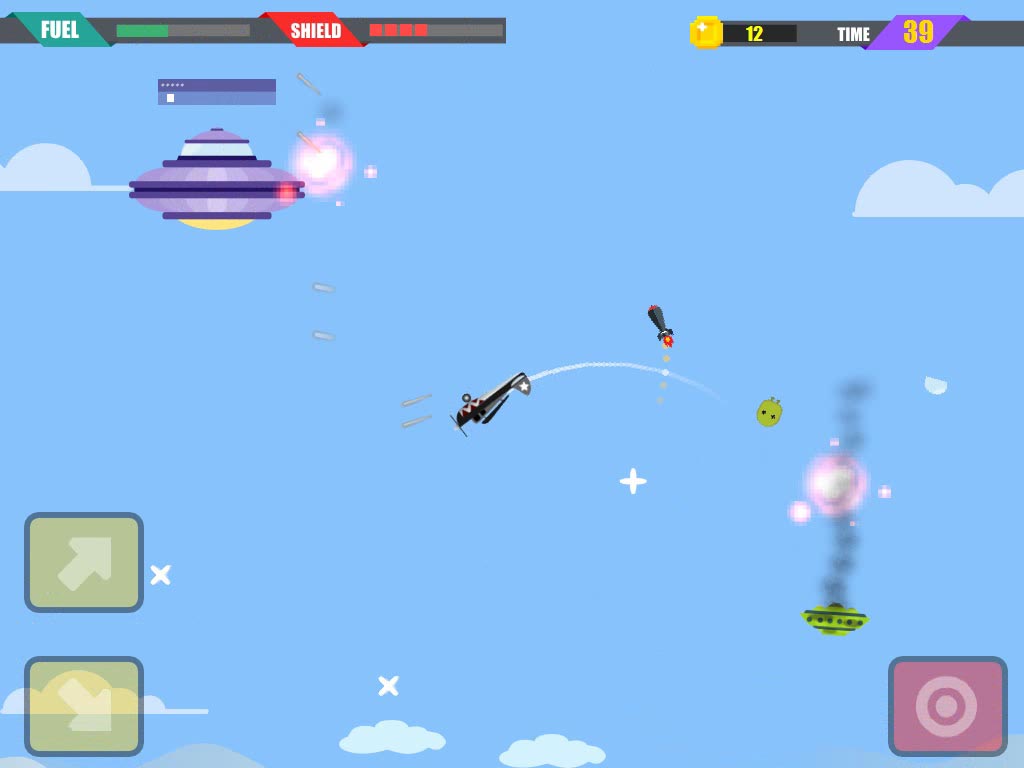 We are an Indie developer that’s been around since computers were wooden and modems were the future.

“We” write games for Android and sometimes PC (although it’s mostly been for Android lately).

The big plan is to write a hit Android game and make bags of cash so we can retire to an island and live with a group of Pugs who have mastered how to make the perfect cup of tea.

This article was Published by Edamame Reviews, Written by Addictive 247 Games
Edamame Reviews cannot be held responsible for the content within this post.

Ink Inc. – A game about expectations and reality…

Paper.io – The best “.io” game for mobile ever!