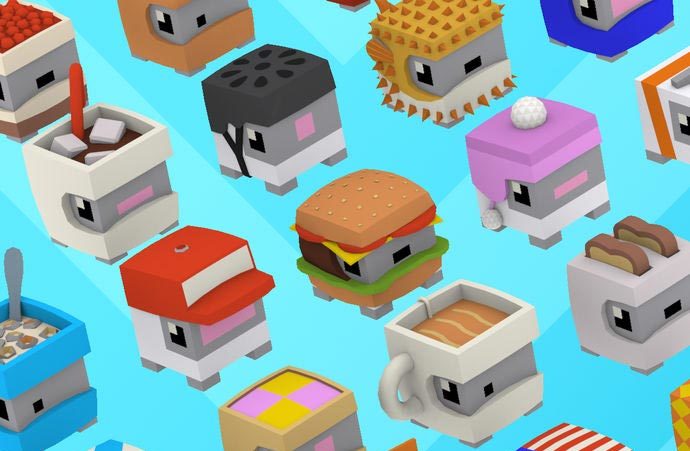 /// Thanks for taking the time to talk to us about The Dreadmill! Could you kick-start this interview by telling us a little about your studio, yourself, and what drew you into the gaming industry?

I’ve always been a gamer, and I’ve always had an interest in how games are made – I spent hours as a kid making maps in the Unreal and Duke Nukem level editors… For a long time since I had a burning itch to ‘properly’ learn to code and build a game. I knew the basics, I just hadn’t really done anything substantial with it. So around 8 years ago, after I upgraded my laptop I decided to download Unreal Engine 3 and have a play.

Just build a ‘thing’. From then on, I moved to UE4 and Unity, just playing with ideas. These tools made it so easy to knock up a gameplay mechanic over the space of a few evenings, and refine it until I had something fun. I’d then move on to the next idea. I slowly built up a long list of prototypes made up of snippets of code and box art. With a growing family, time was never on my side – but by keeping everything small, I could do a lot with the odd hour or so every other evening.

One of my prototypes was a simple block jumping mechanic. It was nothing ‘new’, I just found it addictive – easy to play, but hard to actually get very far. It was at this point that I figured I’d challenge myself to take the next step and actually make it into a product. Slap on a main menu, colour it in a bit….how hard could it be?

Unsurprisingly, it turned out to be kinda tricky. I didn’t help myself by being overly stubborn and insisting that I did almost everything myself. I could have made life easier by purchasing things from the Unity asset store, getting hold of music tracks, etc. But I didn’t want to – how could I make a game from scratch if I was using other people’s assets? So I did everything – code, art, music – the lot. It took a long time, but I’m glad I did. I’ve learned an incredible amount over the course of the project, and learnt – and am still learning – a lot of lessons.

Edamame: Everything on your own definitely isn’t easy!

/// Ok, let’s start talking about The Dreadmill. What are the highlights of your latest release?

The Dreadmill has an incredibly simple, pick-up-and-play mechanic – that gets very hard very quickly.

The idea is simple – tap the screen to jump Bit to the next blue block, whilst avoiding the red ones. Keep going for as long as you can, collecting the bonuses as you go. Your score at the end, as well as any bonuses collected, are all converted into coins, which you can use to open the ‘Mystery Box’ (ooooooh) and unlock a new costume for Bit to wear.

There are around 20 costumes so far, ranging from jumpsuits, hats, and collars – with the plan to regularly add more through updates (in fact, there are some ‘fruity’ ones coming in the next update I’m working on). There are also premium packs available, with each pack coming with 3 themed costumes and a coin boost every time you wear one of them.

/// What was the core idea or inspiration behind The Dreadmill? And perhaps more importantly, where do you find inspiration for your games in general?

My inspiration for games seems to just randomly appear from nowhere. I’ll be in the car or the shower and randomly come up with a game mechanic or art style. I’ll make a note of it (obviously when I’m not driving or lathered up), and then I’ll refine, rethink or sometimes combine ideas to see if they work.

The Dreadmill was originally a simple mechanic which went through a lot of visual styles over its production. At first, it had a pixel art dungeon theme, with lava, spikes, traps, etc. Unfortunately, I found myself spending all of the time creating artwork – and not actually progressing with the game itself. I have a habit of overthinking and spending too much time making it ‘perfect’, so I had to force myself to keep it simple. The game show theme helped a lot with this as I could stick to a simple color scheme and art style without getting carried away.

/// How long was The Dreadmill in development for? And are there any interesting and/or exciting moments or experiences you would like to share with us from that time?

Too long, considering the simple nature of it. But I wanted to experience all aspects of making it, so I made sure I took my time learning what I could. The App Store submission process hit me like a truck at first. I was all happy in developer land, making things fun and pretty …then suddenly I found myself looking at tax forms, legal requirements, marketing, and website development. That’s the point I truly felt out of my depth. But I’d come so far, it would have been a shame dropping it at that point, just because of scary forms. So I pushed on, and by doing so you slowly get more comfortable dealing with these things.

/// What software, developer-tools, or black-magic(?) did you use when making The Dreadmill? Is there anything you would like to share with the developers who read Edamame Reviews?

I used predominantly Unity 3D for development, as it’s such a powerful tool. You can build and tweak all sorts of ideas and prototypes in a short amount of time – and the more of these you build, the faster and better you get at making them. You never really create a ‘bad’ prototype – there’s always a piece of code, an asset or an idea that will somehow create a foundation for another idea. Just keep building them, no matter how rubbish they might be.

It’s tricky but aim to get to the yellow blocks at the top. Hitting one of these essentially ‘resets’ the floor, moving yourself and the falling blocks back to the bottom allowing you to get further.

/// What can we expect to see in The Dreadmill or from your studio in the not so distant future? What do we have to look forward to next?

Well, I’m currently polishing a huge update for The Dreadmill, addressing a number of issues with the main menu systems. I think I got so carried away with stylizing the menus that I lost track of how they work, and since release, I’ve had a lot of feedback on how confusing it is at first to navigate. So I’m overhauling everything to make it smoother, more flowing and more obvious. I’ve also included Gamecenter support, cuter animations and a selection of new costumes to unlock.

From then on, I’ll be finalizing some new additions to the core gameplay, as well as a whole host of new costumes!

Who knows, I may even promote another of my random prototypes into full development.

You guys have been fantastic in supporting otherwise invisible indie devs who need a leg up onto the App Store. There are so many big publishers with deep pockets that can effortlessly promote a game to the top of the store, so having you guys around gives the little guys hope.

And that’s what this world needs. Hope.

Edamame: Couldn’t agree more on the 🍕😂