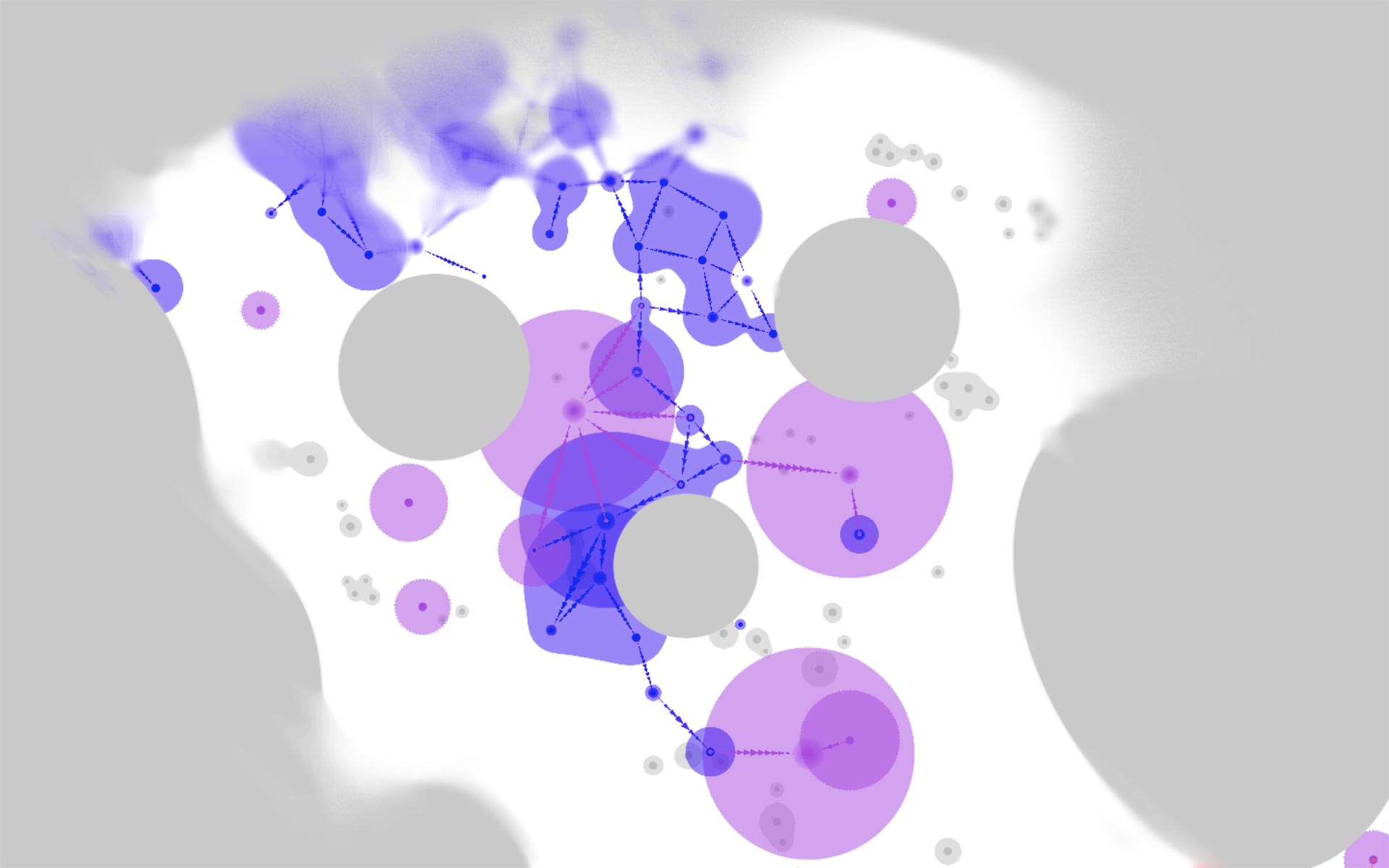 Here we are, back with another developer interview! This time with Nonline the developers of Fungi! Before we start we’d like to thank the Nonline Team for participating in our interview and for answering all of our geeky questions! Thanks!

/// Thanks for taking the time to talk to us about Fungi! Could you kick-start this interview by telling us a little about your studio, yourself, and what drew you into the gaming industry?

Our backgrounds don’t really lie in gaming but our personalities have maybe a common factor with gamers, which is solving problems and overcoming challenges. Whether that lies in programming, design, communication or running a business. What started off as a programming and visual experiment, turned out to be the right formula to start the development of what turned out to be a game!

/// Ok, let’s start talking about Fungi. What are the highlights of your latest release?

The proof of concept is already a great recognition and it’s really humbling to see our player base grow. We know it takes some getting familiar with the strategies a little, but there are hardly any wrong strategies to play Fungi. Some people choose the play offensively to become the biggest while others like roaming around and just collecting food. We start seeing the same people and names pop up more often and are no longer able to beat some players in our own game. Which is great!

/// What was the core idea or inspiration behind Fungi? And perhaps more importantly, where do you find inspiration for your games in general?

Like mentioned above, we didn’t start off with the idea to make a game. I guess some inspiration came from a general interest in biology and physics. The way a lot of small elements in nature work together in a network was a starting point for the experiment. This eventually led to the concept of cells interacting with each other and transporting energy, which turned out to be a nice concept for a strategy game. We believe in original concepts packaged in a clear visual style, so we kept fungi very minimalistic on purpose.

/// How long was Fungi in development for? And are there any interesting and/or exciting moments or experiences you would like to share with us from that time?

It would be about 1 year in the making. Because this was a first for us, it was extra exciting. But it also involved a lot of trial and error because of this. The game is still evolving and we have plenty of new features we still want to incorporate soon. Since we’re a small studio of 3 people, of which only one is doing the actual coding, the workload can become intense sometimes, but we will power through!

/// What software, developer-tools, or black-magic(?) did you use when making Fungi? Is there anything you would like to share with the developers who read Edamame Reviews?

The core game was made with Unity. The reason being it is so easy to develop for multiple platforms at once. We’ve got the WebGL version, Android and iOS, and then there’s a headless Linux server running in the cloud. On top of that, there is some server management javascript that runs in the cloud automating the routing of players to game sessions.

It was quite a challenge to make the game run smoothly on all platforms. For instance, when a map is large there can easily be over 20K units at once and 50 units spawning per second. When I first tried this with Unity’s game objects, creating a new game object with all it’s components sometimes took over 10ms! That’s way too slow. So I ended up writing custom classes for almost everything that happens in the game.

Another interesting thing to mention is that there are no pre-made sprites in fungi at all. Everything is generated mathematically in shaders. From the blobs to the map and even the arrows. I (Bart) love writing code that generates visuals and optimizing it so it does it smoothly. That was probably the most fun part to create.

We thought we knew the best ways to play this game. But other players have thus far surpassed us in skill level. So the best way is just to figure it out yourself or see how others are playing. There are some clever ways you can ‘cheat’ the system though, something to do with a cell being full and those triangle blobs. There might even be a way to pick your own color with some secret code!

/// What can we expect to see in Fungi or from Nonline
in the not so distant future? What do we have to look forward to next?

Fungi is going to grow more and we have some exciting updates coming up! We have another game we’re finishing called Flux which we will focus on once the work around Fungi starts to settle down. We are aiming to get this released before the end of the year. And after that, we also might venture out into some other disciplines but always with experiment and visual research in mind.

Edamame really shows a good picture of what is going on in the indie scene! We like staying on top of the latest indie news here so we keep on checking the blog and hope to get more involved with the community cause we’re still kind of the new kids on the block.

Twisty Board – A speedy hoverboard racer packed with explosions…

Blue Edge – Can you make a game more beautiful?