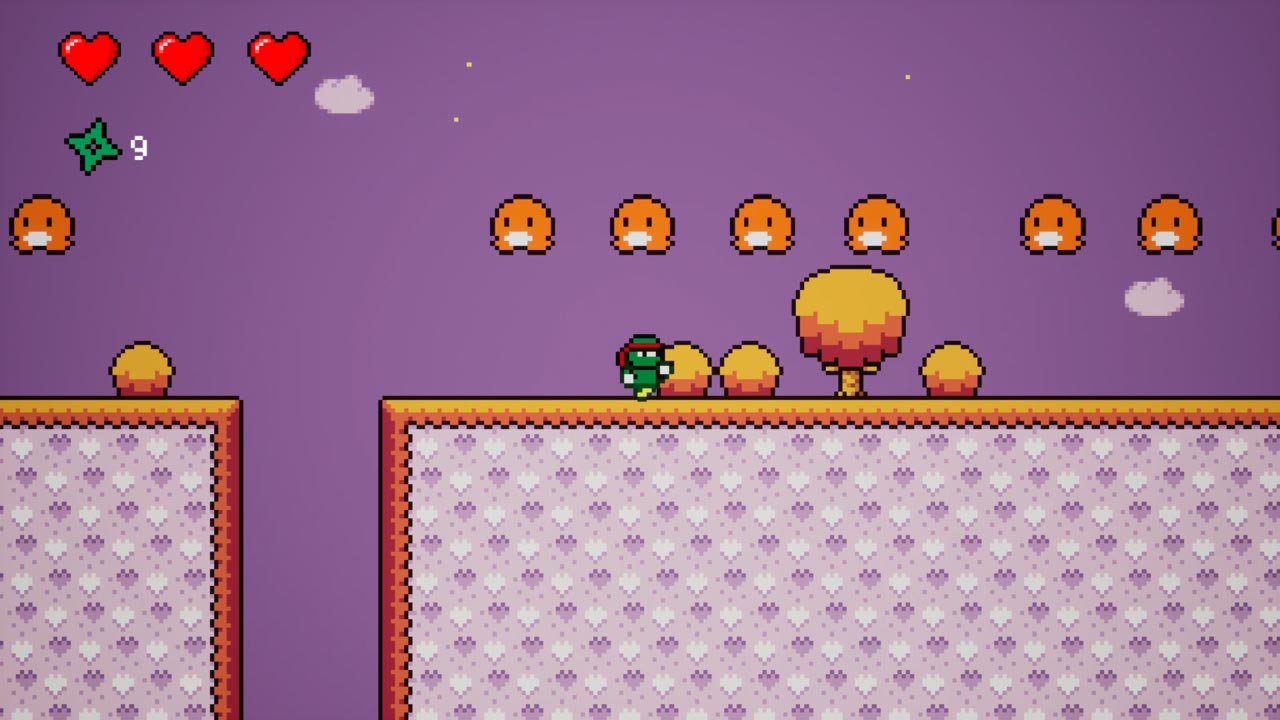 Here we are, back with another developer interview! This time with Bajo Games the creator of Ninja Midori. Before we start we’d like to thank the Bajo Games Team for participating in our interview and for answering all of our geeky questions! Thanks!

/// Thanks for taking the time to talk to us about Ninja Midori! Could you kick-start this interview by telling us a little about your studio, yourself, and what drew you into the gaming industry?

Bajo Games is a studio based in the United Kingdom, I have always been interested in video games, last year I found out about Unreal Engine, it was a very fun and powerful tool, and there was a lot of support for it. I thought about how I had always had so much fun playing games. Out of curiosity and the desire to create something fun, I decided to make my first game Ninja Midori.

/// Ok, let’s start talking about Ninja Midori. What are the highlights of your latest release?

Ninja Midori is a pixel 2D platformer. Jump, dodge and throw your shuriken through 15 different levels.

I enjoyed how players would have to time and decide when they should throw their shuriken’s at enemies as you only have so many. In a recent update, I added two new bosses to the game and I think players will enjoy defeating them.

/// What was the core idea or inspiration behind Ninja Midori? And perhaps more importantly, where do you find inspiration for your games in general?

Super Mario Bros was a big inspiration for me, it is one of my favorite games I have played. I was trying to create something similar to that. I find that I get inspiration for game ideas by exploring different concepts that interest, these can be from anywhere – from films, music, and games.

/// How long was Ninja Midori in development for? And are there any interesting and/or exciting moments or experiences you would like to share with us from that time?

Ninja Midori was in development for 3 months during my free time. At first, I was just experimenting around in Unreal Engine 4 and watching YouTube tutorials to help improve my skills, and as time went on I decided that it would be a good experience to see if I could make a full game. The most fun part about it was learning a new skill of how to build a game.

/// What software, developer-tools, or black-magic(?) did you use when making Ninja Midori? Is there anything you would like to share with the developers who read Edamame Reviews?

I used Unreal Engine 4 using the blueprint system to develop Ninja Midori. There are many YouTube videos explaining how to make many different features using the engine. I found it very helpful as there were so many videos about how to make things in Unreal Engine 4. It made it easier to learn how to use it. If you are interested in making games I would recommend Unreal Engine 4.

Make sure you accurately time when you throw your shurikens.

/// What can we expect to see in Ninja Midori or from Bajo Games in the not so distant future? What do we have to look forward to next?

Currently, I am working on a new project for PC and will be exploring different gaming platforms like consoles.

Thank you for what you are doing it means a lot and I hope you continue the good work.

Drive Fast – Does this game need an explanation…?

Our mini-interview with the BNOO Games team, the creators of Pix...