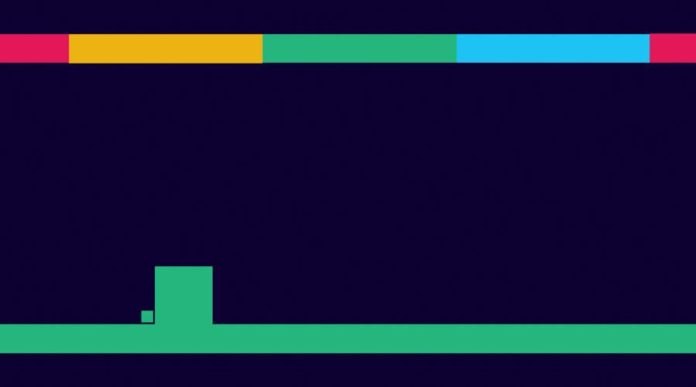 Here we are, back with another developer interview! This time with AntiSocialGames the creator of Scolors. Before we start we’d like to thank the AntiSocialGames Team for participating in our interview and for answering all of our geeky questions! Thanks!

/// Thanks for taking the time to talk to us about Scolors! Could you kick-start this interview by telling us a little about your studio, yourself, and what drew you into the gaming industry?

I run AntiSocialGames together with my partner Camilla. She does all the graphics and I do the programming. We come up with ideas together, and when we find something she likes, it’s probably a good game.

I’m a 31 years old programmer from Norway and I work full time as a system developer for a medium-sized company. My partner is a freelance designer (If you need some work done, let her know 😉).

I have always loved playing games and the interest in creating games has just always been there. Creating games is challenging on so many levels, but the feeling when your prototype is starting to work is just so awesome. I love creating rapid prototypes using Corona SDK to test.

/// Ok, let’s start talking about Scolors. What are the highlights of your latest release?

The day after the game was released, Apple featured it in the “New games we love” in over 20 countries and after a couple of weeks, it got a feature in Google Play’s Indie Corner.
It felt really good to get recognized by both Apple and Google.

We have reached 100,000 downloads and we’re currently working on an update for the game. We’re expanding with more modes.

/// What was the core idea or inspiration behind Scolors? And perhaps more importantly, where do you find inspiration for your games in general?

I really like simplicity when it comes to games. It’s a good thing when almost everything you need to create a game with multiple modes is a couple of blocks in different colors.
Different colors and the way things are set up together adds more depth to the game.

I play a lot of mobile games, so a lot of the inspirations comes from that. But most of the time when we’re starting a new game, we’re just sitting talking and drawing on a piece of paper.

/// How long was Scolors in development for? And are there any interesting and/or exciting moments or experiences you would like to share with us from that time?

Scolors was one of the games for our 12 games in 12 months challenge. I think we spend around a month + one week on the initial version. But we continued to work on it by adding more modes, optimizing and so on.

/// What software, developer-tools, or black-magic(?) did you use when making Scolors? Is there anything you would like to share with the developers who read Edamame Reviews?

When we created Scolors we used a game engine called Cocos2d-x. So the game is built using C++ (Which is kind of black magic 😜).

I didn’t know any C++ before we started the project, so there was a steep learning curve.

Start small and launch early. If we had done all the optimizations, added all the modes and so on before we launched Scolors, we probably would have spent way to much time on the project. And hey, the game got featured anyway. Don’t spend too much time building a game without having other people testing it. Just because you think it’s awesome doesn’t mean everyone else does too.

/// What can we expect to see in Scolors or from AntiSocialGames in the not so distant future? What do we have to look forward to next?

We’re working on more modes for Scolors and some other minor changes. We’re also soon ready to launch our next game. Just a little bit more testing and it’s done.
The next game is really awesome. I’ve been playing it more than I’ve been developing I think.

Keep up the work posting all of the great articles. I love opening up Edamame Reviews and dive in for some good reading material.