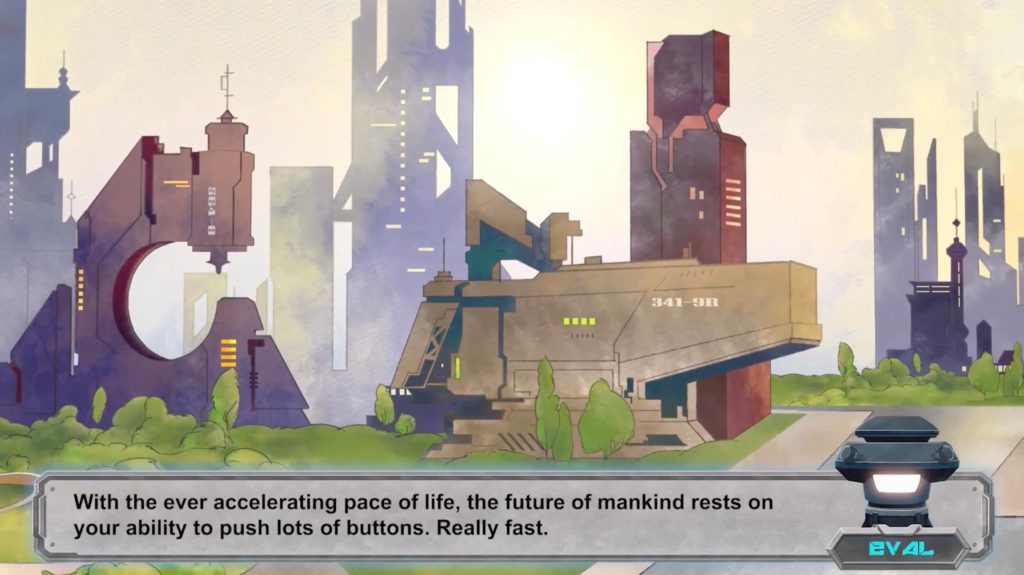 “With the ever-accelerating pace of life, the future of mankind depends on pushing lots of buttons really fast. My name is E.V.A.L. I am the Existence vs. Annihilation Logic, and I was created to monitor and evaluate your performance.”

E.V.A.L is a speed-centric auto-runner. You know that feeling of serenity you get when playing a peaceful auto-runner like Alto’s Odyssey? Imagine not feeling that. Instead, you’re going to be scribbling on your screen as fast as you can!

Your goal is to ensure the safety of the adorable little creatures you see on the screen. You need to draw the correct shape in the correct color (by drawing in different areas of the screen) to get your creature through the obstacles it encounters.

The game was specifically designed keeping these drawing controls and their responsiveness in mind. We didn’t want them feeling awkward or hard to use and we tackled this by primarily doing two things – limiting the number of shapes and choosing the right ones. Triangles, circles, and squares. Quick to draw and distinct enough that the user input detection would get the right shape, even when the shapes aren’t drawn well! Try it out!

You can use two types of controls to play E.V.A.L:

1. The Drawing Controls:
What makes E.V.A.L truly unique? It’s the world’s first auto-runner that can be played using drawing controls.

While using drawing controls, your screen is vertically divided into three parts, each part representing a color (red, blue, yellow). You must draw your shape (triangle, circle, square), in the respective part and your creature will transform into the shape drawn, in the appropriate color.

You will encounter power-ups and hazards along the way, but the primary goal is to match the creature to the shape in front of you, in the right color. The only exception to this rule is when you see gray shapes, in which case you need only match the shape and need not worry about the color.

1. Draw small shapes! Don’t worry about getting the shape exactly right. The game should be able to “read your mind” in most cases. Speed is the key!

2. When you see any gray shapes, just stay on the same part of the screen and draw the next shape, since color doesn’t matter. Get extra time to react!

3. When the blink hazard is active, memorize the shape you see on screen so when they’re “invisible” you still remember their placement. Get ahead of the game!

E.V.A.L is the world’s first auto-runner to be played by drawing!

1. Story Mode – A campaign designed to walk the player through the different power-ups and hazards in the game, while telling the story of E.V.A.L

2. Evaluation Mode – A set of 20 challenge levels, where each level is designed to provide players with different challenges.

3. Endless Mode – An infinite runner mode where players can compete with players from all over the world to see who can get the highest score!

E.V.A.L also has 27 achievements that can be unlocked! + 7 Power-ups and Hazards!

e.g. Powers ups like the color, shape and full shields to protect you from mistakes (!) as well as hazards that make the canvases change place, obstacles blink, speed you up, or slow you down! 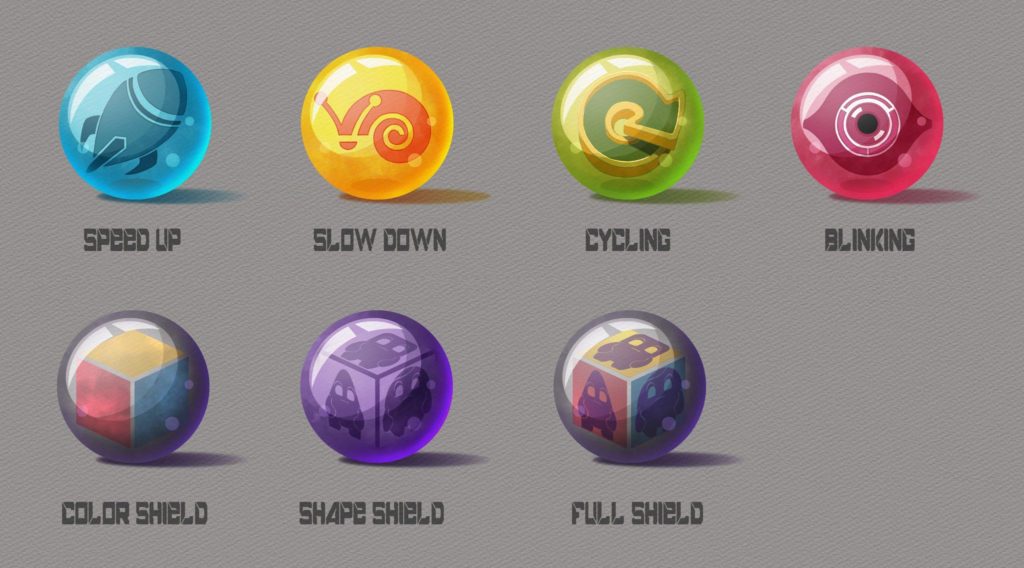 stoptoplay is a team of two indie developers based out of Austin, TX.

Founded in 2016, we’ve been working on our first game The Existence vs. Annihilation Logic released on December 20th, 2018 for iOS.

Learn more about stoptoplay and what we’re up to by checking out: https://www.stoptoplay.com

This article was Published by Edamame Reviews, Written by stoptoplay.
Edamame Reviews cannot be held responsible for the content within this post.