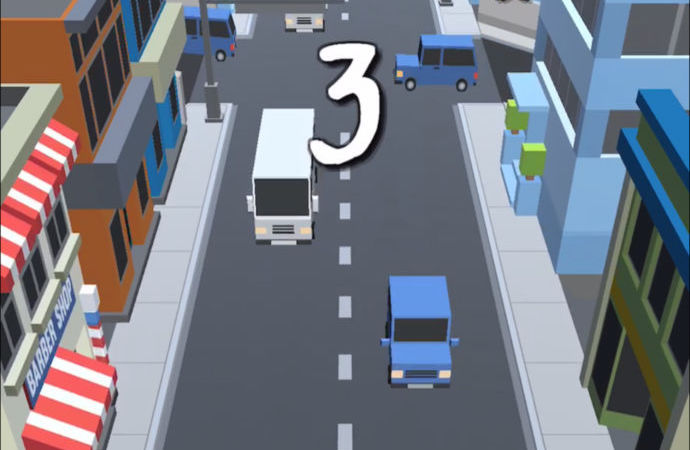 ||| Who are you? What’s your story? And why are you making games?

Two Joes Gaming is owned and operated by Chris and Dave, two long-time friends who met serving and still serve in the U.S. Army. We are both avid game players and have been making our own games since 2015. Through hours and hours of YouTube, Google searches, and reading Unity documentation Poopy Birds is our 5th title release. For us, the best part of making a game is taking something from our imagination and bringing it to life.

||| Let’s take a look at Poopy Birds. What’s this game all about?

Poopy Birds is a game designed with one thing in mind, making your inner childish sense of humor giggle. Take to the air as you drop unsuspecting “presents” onto passing cars and pedestrians. Squirt your way past dangerous road signs and snack on tasty bugs as you pile up your score. Cause havoc in the streets as you splatter your droppings across the windshields of unsuspecting cars and people. 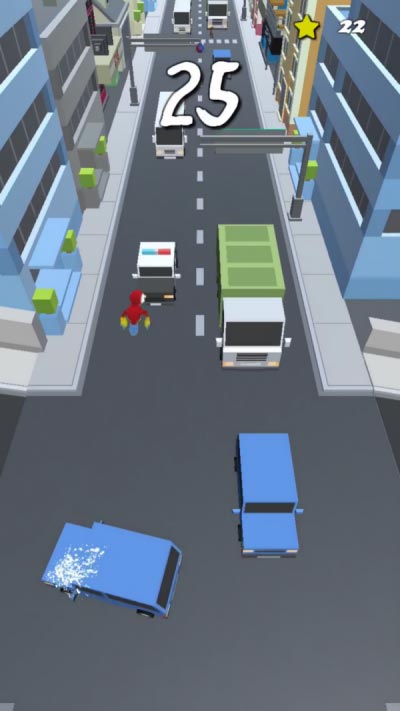 ||| Swiping over to the controls, how is Poopy Birds played?

Poopy Birds is played using simple slide controls for movement. Tap to leave your mark on the world and remember to eat bugs in order to collect stars and unlock new characters.

||| What is it that makes Poopy Birds special or unique? What is it about this game that will get players really excited!

Poopy Birds was designed to be a fun and most of all an entertaining way to pass the time. We want to give the user the satisfaction that sometimes only a “childish” joke can give.

Select from 7 unlockable characters and two entertaining ways to play: Wipeout, where your goal is to create as much chaos as possible and at the end of each run you pan back across the street to witness the mayhem you’ve caused, and Endless, where you can test your skills and fly to your heart’s desire. 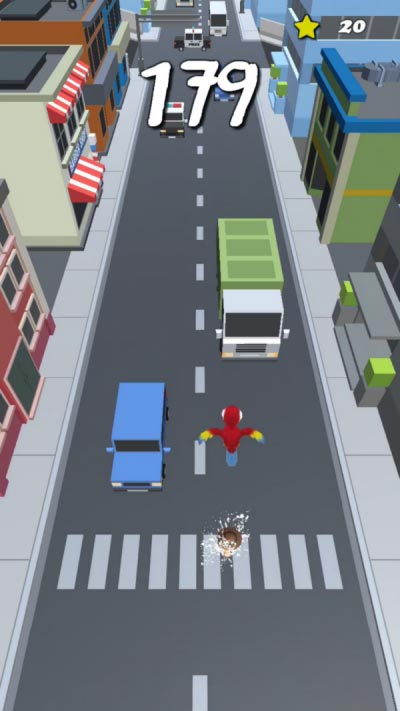 ||| What can we hopefully expect to see in future updates to Poopy Birds?

Currently, we’re working on a new “night” setting for a new challenge to players, as well as introducing more characters and new roads to wreak havoc on. Soon we will be including achievements and the ability to share your scores with your friends on social media.

||| Lastly, what can we expect to see from Two Joes Gaming in the future!

We have multiple games in different stages of development ranging from simple tap style, and maze puzzle games to larger multiplayer base defense games. We continuously share our story and projects on our social media pages and love getting feedback from players and other developers as well as answering questions about how we did something. Follow our story on Facebook, Instagram, and Twitter.

This article was Published by Edamame Reviews, Written by Two Joes Gaming.
Edamame Reviews cannot be held responsible for the content within this post.