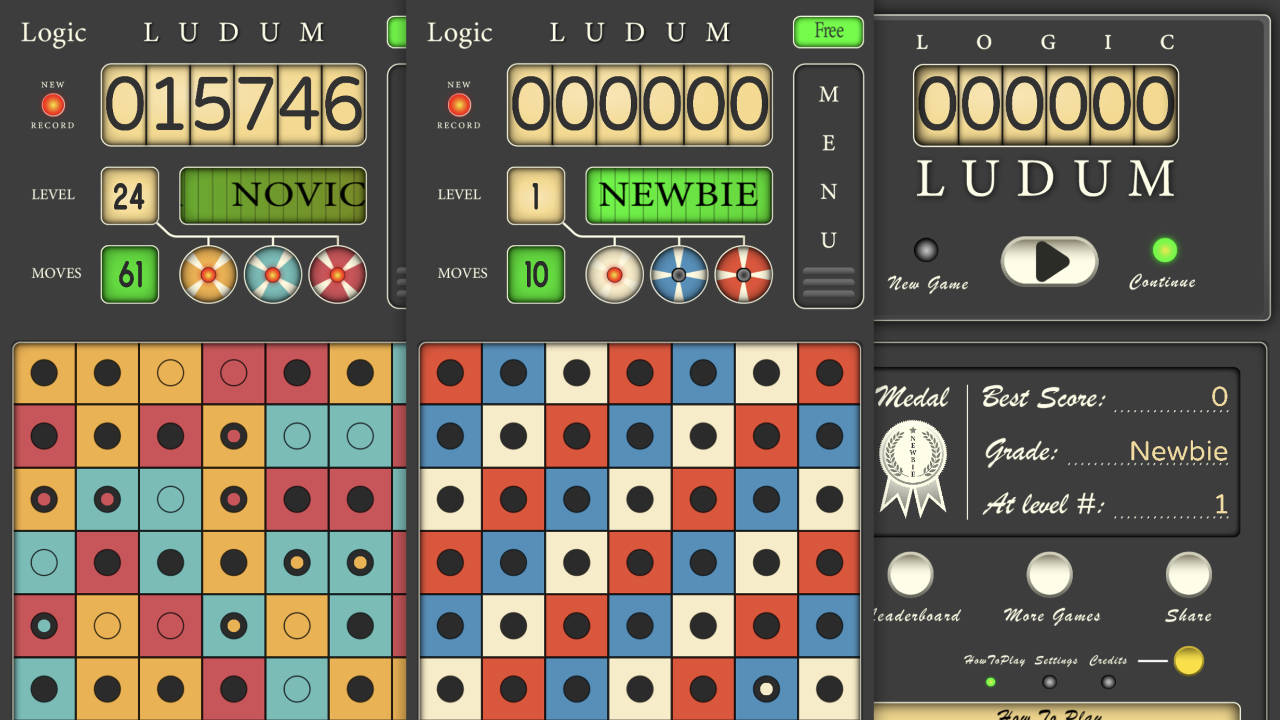 When Badbones Productions reached out to us to take a look at their latest game Logic Ludum, I must admit we were a little wary of what we were getting ourselves into…

With a description like, “This game simulates a Rubik’s cube inspired mechanical logic machine!” we really weren’t sure what to expect from this latest release from Badbones.

Set on a distinctively mechanical looking 2D board, your mission in this game is to match up colored squares with holes cut out of the middle of them with matching colored dots that are fixed in place on the board, map – whatever you would like to call the area on which the game is played. 😂

Although this likely won’t make much sense to anyone who doesn’t know how to solve a Rubik’s cube, the gameplay does actually feel remarkably similar to solving a Rubik’s cube only in 2D and with much less twisting.

Which brings us to what is likely both the best and worst aspect of this game, the fact that the remaining number of moves you have are added together each time you clear a new level.

Logic Ludum is a hard game, so for some players, clearing each level within the number of moves you are given may seem impossible.

But for others, this task is easy. Especially during the lower levels! This means your remaining number of moves will slowly build up over time, going from 10 to 20 to 50 to over 100 – which starts to make you wonder, when will this game ever end!?

Although this is great for players who just want to puzzle it out for hours, it definitely is a rather peculiar feeling to play a mobile game that doesn’t feel as though it was designed to make you GAME OVER.

Which, if you think about it is probably a good thing after all. 😆