I think this is the second time we’ve said this…

If you’re a developer who is only ever going to visit Edamame Reviews once. Read This Interview. It will no doubt change the way you see game development forever… 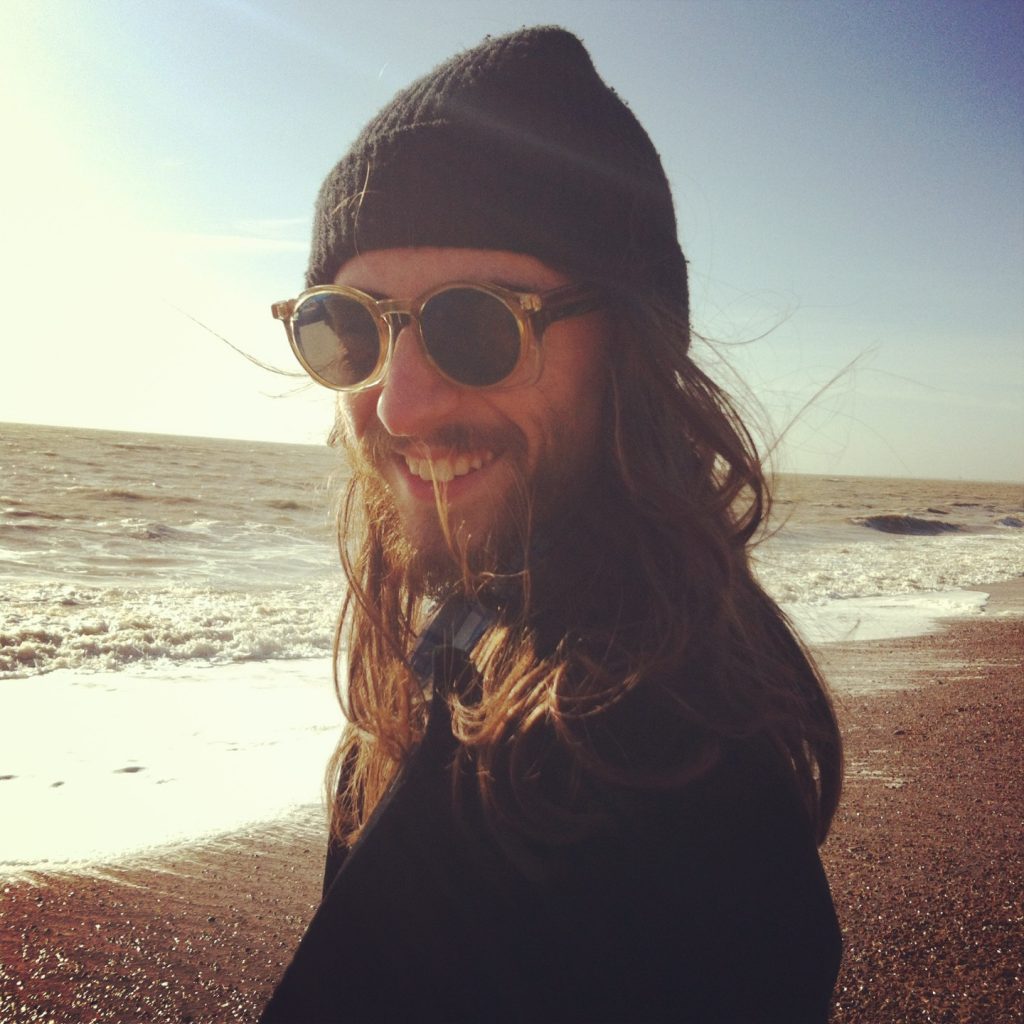 After the initial idea, every game we’ve ever reviewed is made up of three key parts, The Code, The Graphics, and The Music. Though most of the time it’s either the Code, or the Graphics, that receive the most “hype”, without an equally amazing piece of music, your game will never really become a “Finished Product”.

Today, we are excited to share with you our interview with the amazingly talented Matthew Dear, and to bring you our first ever interview with a game musician (game composer).

Before we start, I’d like to thank Matthew Dear for participating in our interview, and for spending some of his valuable time in answering our questions. Thanks so much for joining us Matthew.

My name is Matthew Dear, I am a freelance composer, sound designer and audio programmer, primarily for games. Basically I make noises, all kinds of noises, nice ones and nasty ones, big ones and little ones. Audio and gaming have been lifelong passions of mine, when I realised I could combine the two my path was clearly laid out in front of me.

In my time as a freelancer I have worked with; Medikidz an international educational app and comic publisher; Winged Cloud games, a steam visual novel developer; Arcupion Art, an indie developer currently working on greenlit game Dinosaur A Prehistoric adventure; among many others!

First up comes the most important question. How do you find a good game musician?

A good place is to start looking on some of the game developer forums, like Unity forums, indiedb, etc. Twitter can be good as well. It’s worth checking out who did the music for games similar to yours, though you want to be careful not to make them too alike!

I’d say the key to finding a ‘good game musician’ is finding the musician who’s right for YOUR game. I’ve seen plenty of smaller indie titles hindered by music that, though good, doesn’t really fit the title.

Take the time to do your research and think about what kind of music you want for your game. Game composers unfortunately are not mind readers and what we think will work for your game, may not be what you think will; the more details you can give from the start, the better the end product will be. I’d also recommend deciding on a composer early in the production cycle, even if it’s just to show them your ideas, it helps make a more cohesive end product.

Ok, now on average, how long does it take to make a song?

It depends on the complexity of the style. For instance a full orchestral piece with loads of different ‘real’ instruments is going to take longer than a minimal ambient piece.

I can’t speak for other musicians but one minute of music usually takes me around 6 hours to make, with a little variation depending on style. That said, I usually give myself 2 days to complete it; one day of writing and recording, the second day for polishes, mixing and mastering. Though, I can finish tracks in a day if deadlines are tight, though it’s generally better for quality to have ample time.

Again the best thing to speed up delivery time is to give a detailed account of the kind of music you want. If the composer has a clear idea then they can just jump straight in. It reduces the likelihood of edits to the delivered track as well, which will add on extra time.

This is a question all small studios will be dying to ask. How much does it normally cost?

It’s a little difficult to give a concrete answer here unfortunately! All composers have different rates, often depending on experience and past credits. For instance big name indie composers like Danny Baranowsky will be charging more than someone who only has a couple of free browser game credits to their name.

I’d like to say a few things on composers working for free, if you look in a lot of the gamedev forums there’s a lot of people offering their services for free. I completely understand why, they’re starting out and they want to get some credits to their name to add to their portfolio. But by working for free, they’re actually devaluing the whole profession, bringing everyone’s price down. By all means, start low, but don’t cheapen yourself!

I’d personally advise developers to fork out for a working, professional composer if you want your game to be taken seriously. At the end of the day ‘you get what you pay for’. I’m not saying a composer who works for free is a ‘bad musician’, but rather that they are more than likely inexperienced working for game developers and likely not as motivated/reliable as someone who does it for a living.

If you really have a very small budget, then there is a third option: Revenue-share! However, it isn’t without its drawbacks…

Most composers I know are open to the idea of a rev-share project, and many successful composers have done so in the past.

But in this situation it’s important to note that when you get in touch with the composers (or vice versa) the composer is hiring you as much as you are hiring them. In order to hook a good composer for your rev-share project you need to spend time on putting together a good showcase: what the game premise is, examples of the art style, any gameplay, and finally show that you are a hard working, professional and reliable individual(s). You should pitch to the composer in the same way you would to a publisher or reviewer. The prospective composer is going to be putting their time into this project without getting paid immediately, they are putting their own time and money at risk. The unfortunate truth is that the majority of ‘rev-share’ projects rarely get finished, so composers can be wary before going in headfirst.

When I’m asked about rev-share I judge the project on how far along it is, how well the team works together and whether I think it’s an interesting project to work on. At the end of the day that’s what all composers want, something new and different to write interesting and innovative music for. Unfortunately, we do have to pay rent as well…

Enough about business, time for some fun! What kind of tools and instruments do you use to make your music?

Ha! Anything! I run a home studio, with all sorts of instruments everywhere. What I use depends on the style I’m going for, but also what kind of mood I’m in 😉

For orchestral music I have a few EastWest and Kontakt instruments.

But my favourite compositions are ones that break the rules, they’re a bit more ‘playful’. Taking all my various instruments and noise making apparatus to make something that is more than the sum of its parts.

I make sound effects as well so sometimes I use the skills I’ve learnt from that to make wierd and strange sounding instruments. That’s one of the things I love about game music, you can really play around with the instruments and it still sounds like ‘game music’. The legacy of game audio is such that, with the right kind of game, you can experiment quite a lot.

How did you get into making game music?

Well, I studied guitar at BIMM Brighton here in the UK. When I started I wanted to be a session guitarist, but as the degree went on I began to focus more on production and other instruments. I also played a lot of games, really riding the explosion of indie games around that time. I listened to the music of games like The Binding Of Isaac, Braid and Spelunky and realised there was a new era of game music occurring, one with less ‘barriers’.

I felt that game music would allow me greater creativity as a musician than following a more traditional music industry role. I have a very wide taste in music and can never really decide what I actually want to write, doing game music commissions really lets me get my head around a lot of different genres.

What is a normal day like in the life of a game musician?

I usually start with replying to my emails and doing some online promotion, about half my time is spent promoting myself/looking for the next job, that’s just the nature of being a freelancer.

Then, if I have a music commission on (I also do sound design and audio programming), I’ll use the morning to listen to whatever references my client has given me and look/play any game material they have provided, immersing myself in the project’s aesthetic. I tend to start writing by either sitting down at the piano and trying out chord sequences, or singing melodies into my phone then working them out later! I often do this outside at the local park, I have gotten a few funny looks…

In the afternoon I ‘fill in the blanks’; having got down the basic chord sequence, structure and melody previously I can simply add in the instruments and mix as I go.

As I said previously I tend to leave the finishing touches until the following morning, when my mind is fresh.

A question we ask all developers. Where do you find your inspiration?

I find that I can get inspiration from a lot of things, I have a wide taste in a lot of things besides music. Whenever I play a game, watch a film/television program, or watch a live band I’m always listening for something I like the sound of, then I’ll assimilate it into my own style at a later date. It’s definitely important to learn from other musicians, but to retain your own, unique sound.

Recently I’ve been listening to a lot of mid-20thC jazz and some contemporary vaporwave, the genre’s been growing quite a bit since its stagnation about a year or two ago. I also finally got around to playing The Banner Saga, Austin Wintory’s music is sublime, really bringing the story to life.

To be honest, the ‘best’ inspiration comes from the project I’m writing for. My best pieces have always come from games that I feel good about, ones that I enjoy playing and being a part of. Having a good team is also really important, if I can talk to the dev team and brainstorm ideas with them it can really help get the creative juices flowing strong.

Lastly a quick sample of your music.

This is my soundcloud music portfolio, showing the range of music I create.

If any readers have further questions for me about the nature of game composer’s work, then please do send me a message. I’d be happy to clear a few things up 🙂

If you have any questions, or comments please let us know in the comments section below.

Depending on how many comments we receive, Matthew may even do a quick Q&A. For those of you who have a burning question you’re dying to ask, don’t miss this opportunity!