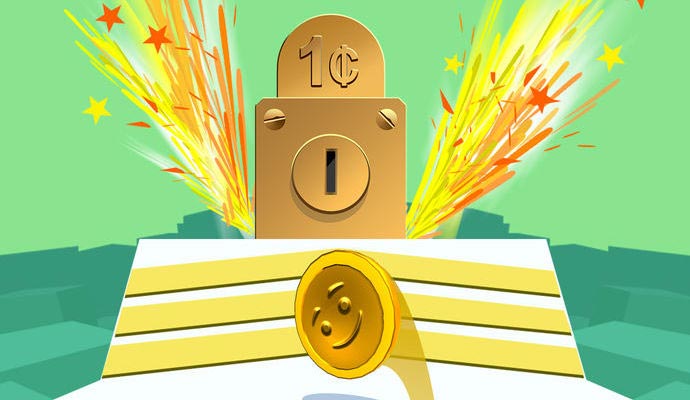 When was the last time you had a coin get away from you? Living in a society primarily driven by cashless payments – Australia is actually fairly advanced in that respect – it is becoming harder and harder to find stray coins lying around.

And so… I guess it is about time I stood up straight when walking in public – instead of scanning the floors for stray bits of cash – and turn to digital solutions for those times in which you just want to play with coins! 😂😂

Coin Rush! (by Crazy Labs) is a game about a stray coin avoiding obstacles on a crazy 3D obstacle course and trying to make it presumably as far away from its owner’s wallet as possible.

(The coin in this game) What a loser! You’re never going to spend me!

Played by touching and dragging on the screen of your device in order to avoid obstacles that often seemingly appear out of nowhere.

For those of you who are wondering, Coin Rush! is a level based game which means you will be faced with the same obstacles over and over again until you eventually manage to win, HOWEVER, although the game is level based, it also is fairly heavily randomized, so there are some elements that act the same yet slightly different each time which should make the level just slightly harder or easier depending on your luck.

With a clean and somewhat minimalistic 3D design, challenging obstacles for you to survive, and that’s about it, no skins, no unlockable this or that, no $7 weekly subscriptions, this is simply a fun game we recommend you check out.

If you were just thinking “wouldn’t it be awesome if someone made a fun avoider game all about coins?”, then this is the game for you!