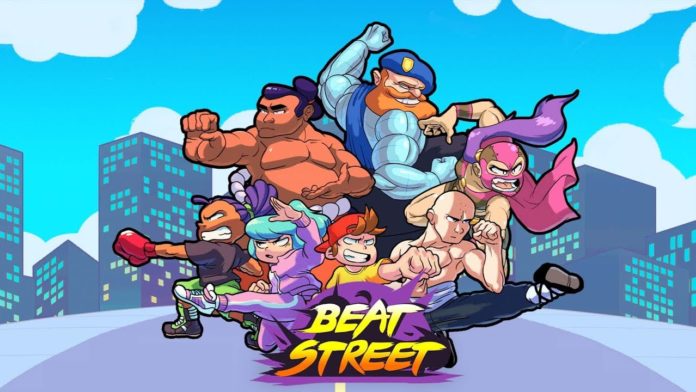 Lucky Kat Studios has done it again. With retro-ish graphics, hypermodern mobile controls, and a neverending supply of enemies to punch, Beat Street is likely going to be your next favorite mobile fighter game! 👊💥

Set in the beautifully pixelated 2D City of Toko, (not to be confused with Tokyo like in our title…😜), your mission in this game is to fight your way past the many different gangs that terrorize the citizens of Toko City. We aren’t randomly punching bad guys just because it is fun… Are we…?

Whatever our motives, the game is played using a mixture of different swipe and touch-based controls, which your Sensei will slowly introduce to you as you gradually beat your way past the first few levels in this game. Although fairly simple once you get used to all the different movements and attacks, the game is fairly complex, and so we are glad the game is introduced in bite-size segments.

Even after you have gotten used to moving your player around the screen, due to the fact that Beat Street isn’t a 1 on 1 fighter game, (in fact it is actually quite the opposite), you will be required to brush up on your skill as a fighter in order to avoid losing to the sheer number of opponents you are faced with.

Jumping over to the visuals, Beat Street is a beautiful mixture of old and new. With no on-screen buttons, (only touch and swipe-based controls), Beat Street takes full advantage of your smartphone’s dazzling display with a cute set of retro style pixelated 2D sprites, pixel art lovers won’t be able to get enough of! ✨

With a high level of functionality (including built-in screen recording functionality), a co-op mode, and a number of different characters for you to unlock, Beat Street is a fun game we really enjoyed! Hopefully, you will enjoy it as well!

If retro graphics, no on-screen buttons and a high level of functionality sound good, Beat Street is the game for you. Much as we love practically everything from Lucky Kat Studios, Beat Street is probably one of the best games we’ve seen yet!