How is it possible that a simple game such as this took 20 years to develop?

Meet Finnish Dart, an iOS & Android game that lets you experience a traditional Darts game from the real home of Darts, Finland. As in the traditional game, you get points 1 to 10 depending on how close to the Bulls-eye you hit the target. Each game has 3 rounds and you must score as high as possible to access the leaderboards. Here’s just a glimpse of its thrilling action:

In Finland, people have been throwing darts for centuries to the point where it is considered a national sport. The main reason behind releasing it was to bring a traditional game onto mobile devices in celebration of Finland’s 100 years of independence. The other reason was to prove to the world that Finns are the greatest dart throwers in the world – and we challenge you to prove otherwise! We’re sure you’ll love it and if you score high enough to access the top 10 leaderboard let us know to bow to a new master.

The history of this game starts actually way back in the year 1984 when Jani from Headfish Entertainment was just a little boy. At Christmas time we got a new addition to our family: The Commodore Vic-20, the first computer to sell one million units. To a young boy, it was a mesmerizing experience: 8 colors, a remarkable 176×184 screen resolution with dozens of action-packed games, such as Space Invaders, Asteroids, DigDug and all the other classics! But to this boy, a small little game from an unknown Finnish programmer was the greatest: ”Finnish Darts”. The gameplay of this game was quite similar to the one released 30+ years later: Darts coming from the top of the screen and when a button is pressed the dart shoots across the screen. Oddly, this was also the only game the neighborhood parents played and they weren’t interested in games or computers what-so-ever. Talk about casual gamers in the early 80’s! 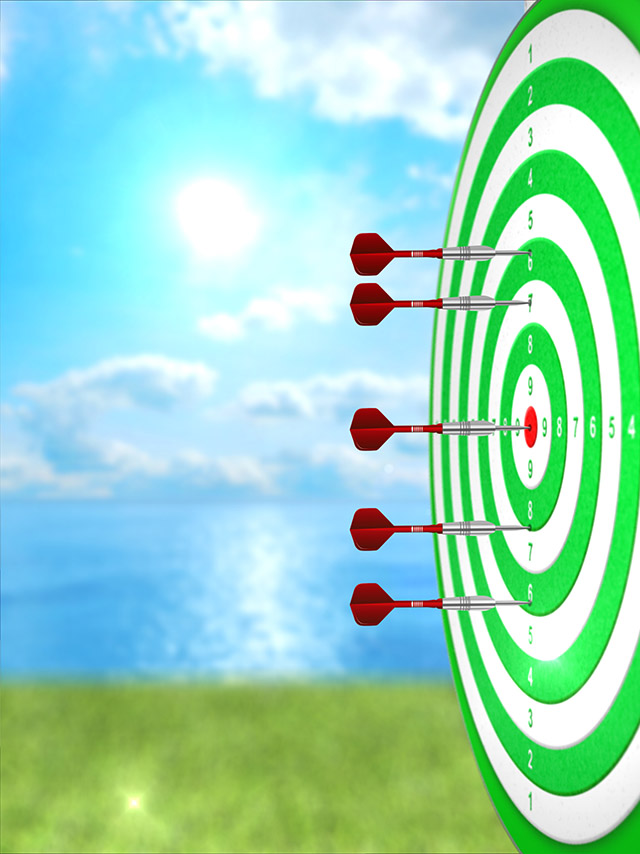 Meet Jani, a young enthusiastic programmer. At this point, Jani had been releasing dozens of Finnish freeware games for PC such as: ”Paukku-Mato” (Bomb Worm), ”Keihäskisa” (Javelin) and ”Pommittaja” (The Bomber) which all received positive feedback. All the games were easy to learn with simple controls so anyone could pick them up and just start playing without any previous experience in gaming. At this point, it was time for ”Finnish Darts” to rise again. After a few nights of coffee and coding, ”Tikka” (Dart) was finished. The gameplay of this version was identical to the one released 20 years later. The graphics and audio were as awful as they could get, but it was still a fun experience and people really enjoyed the game. “Tikka” was finished and distributed to a few friends who had this new exciting technology called ”the internet” and uploaded the game to their own gaming sites. At that time, the thing which bugged Jani the most was the fact that online leaderboards were pretty much impossible to implement in any game, yet were essential in the overall experience of the game. Who on earth would want to compete just against themselves?

For Jani, coding is now history. At this point, he is a college drop-out and chasing the rock’n’roll dream with his band. This and other hedonism related activities took the number one priority in his life. It was also a problem for him that every game released at this time had to be made in 3D with beautiful graphics and smashing audio for it to have any impact. In the field of game making the time for this young man was totally wrong anyway.

Chasing the rock’n’roll dream was a bust, and living the life of a rootless bum was taking its toll on an aging man. But in the gaming world, things were getting pretty exciting! With the rise of mobile devices, there was again a large demand for simple games with an easy learning curve that would be possible to play for a few minutes at a time. Talk about perfect timing! At this time Jani’s brother, who was a professional software designer for a large Finnish software company suggested that they make a game together, with Jani taking over the graphics and audio department and his brother taking the responsibility of coding. That sounded great, and after throwing some ideas around the eureka moment was here: ”How about Finnish Dart”. After few seconds of thinking about this idea, the response from his brother was ”I don’t like it, let’s do something else.”

It took 4 years to create an idea both of the team members would be eager to push forward. This idea finally came, when ”RingoWord” was conceived. RingoWord was a simple word search game with a unique game mechanism. The main idea is to search a word within each circle in a limited amount of time. ”We’re gonna be millionaires!” the team laughed and started to develop their first game for mobile devices. 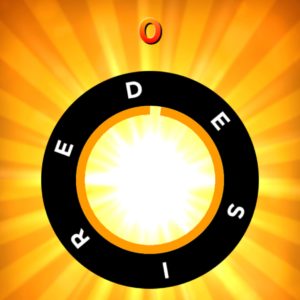 RingoWord was a total bust. Released on iOS & Android, it received little or no attention and the cold hard truth of the mobile gaming world was a real slap in the face. All the time and money used can never be recovered, but the experience was invaluable.

Although RingoWord was a commercial failure, the team was quite pleased with the final result of the game. The few reviews written were positive and a small bunch of players became addicted to the game. It came out exactly how it was meant to be and it was a great boost for the self-confidence of the team. All they needed now was a bunch of new ideas. After throwing some ideas around the eureka moment was here: ”How about Finnish Dart”. After few seconds of thinking about this idea, the response from the team was ”Ok, fine, whatever.”

Finnish Dart Game was released in September 2017, with identical gameplay to the 1997 version. All the aspects lacking from the original game were implemented the second time around. The online leaderboard, beautiful graphics, and authentic audio. It was also “Finnished-up” a bit, adding traditional Finnish elements and scenery to the game. It now has a few hundred Finns playing it weekly and hopefully, the rest of the world will follow.

With this game, it has really been a long journey from a simple idea to a finished game. But it’s also just like Daniel Plainview said in the final lines of the movie ”There will be blood”: ”I’m Finnished.”

The Finnish Dart Game is available for free on the App Store:
https://itunes.apple.com/us/app/finnish-dart-game/id1208191972
Google Play:
https://play.google.com/store/apps/details?id=com.headfish.finnishdartgame 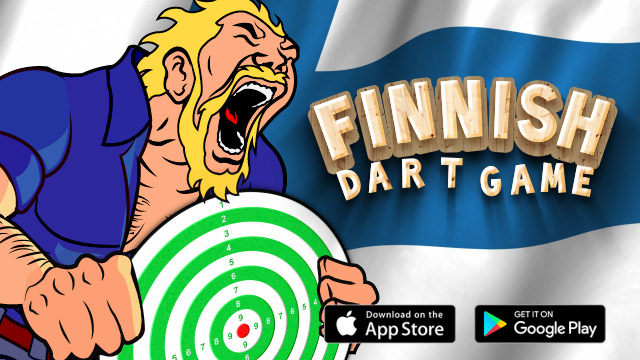 This article was Published by Edamame Reviews, Written by Jani Paakala.
Edamame Reviews cannot be held responsible for the content within this post.