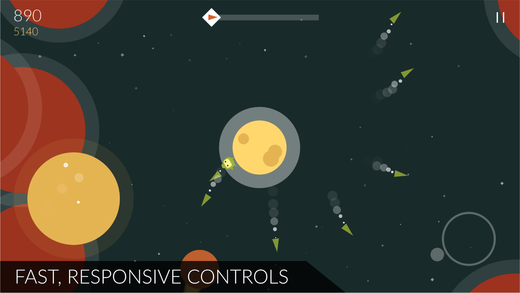 If you are a die hard mobile gaming enthusiast, congratulations! You’ve just stumbled upon a quick interview that will take you on an adventure through the development process of Super Planet Defender!

Before we start, we’d like to thank Ruim for participating in our interview, and for spending some of his valuable time answering our questions. Thanks!

Ok first up, why did you decide to make Super Planet Defender?

I’ve been wanting to get more seriously into game development. Super Planet defender came from making some prototypes with the game mechanics and trying to come up with something that would not take too long to implement (due to being just 1 person with a “real” job) and was interesting and fun to play.

Why did you decide to use “minimalist” graphics when making Super Planet Defender? By the way, they look great 👍

I’ve always enjoyed simple and stylish illustrations and I’ve actually done some projects as a freelance illustrator. Also, because time is very limited, by making minimalist visuals I could (1) make them myself and not depend on anyone else and (2) reduce development time.

This was hard for me to figure and actually, during the early stages, the difficulty was too steep. It is always hard playing your own game because you know how everything works. I released an early beta and by listening to feedback I could fine tune things a bit more

Now for some geeky questions. What programming language and or software did you use when making this game?

Ok, here is a difficult question. What was the hardest problem you needed to overcome when developing Super Planet Defender?

The hardest part was finding time with family and a full-time job.

Technically the most difficult problem was implementing some achievements and leaderboards stuff that required developing native extensions for Game Maker. That was a tough process because I had never done it before.

Thanks for playing the game, this is my first “serious” mobile game and I really hope people enjoy it.

I’m thinking about what to develop next and hope to release something new in the next few months.

Thanks Edamame for reviewing and interviewing me and my game. Exposure is really hard for indie developers and you guys were fast and friendly. I really appreciate that.

Thanks for the awesome interview Ruim

SplashUp! – The coolest puzzle game ever!

Our interview with Luciano Bercini the developer of Arcadium