For “some reason” developers and reviewers seem to associate the words “super,” and “hexagon,” with “impossible.” Today, we’ve got a game with not only the word “super” in its name, but also “circle…!”

Well, it turns out “circle” must be a little kinder than hexagon.

Super Circle Jump by pixelclash is a simple game to “play” – we’re not saying it’s easy – with graphics similar to those found in the “One More” series, One More Line, and One More Dash.

Your mission in this game is to jump from circle to circle as far as possible before dying. Your player – a white glowing ball – will rapidly rotate around the circle it is attached to until the circle finally disappears and you die. Before this happens, your job as the player is to tap on the screen in order to send your ball flying to the next closest circle.

It’s a simple concept most players should get after the first two rounds or so, but when it comes to gameplay…😱 If you’ve played a lot of hard games, probably the best way to describe Super Circle Jump is a little harder than One More Dash, but much easier than Super Hexagon. 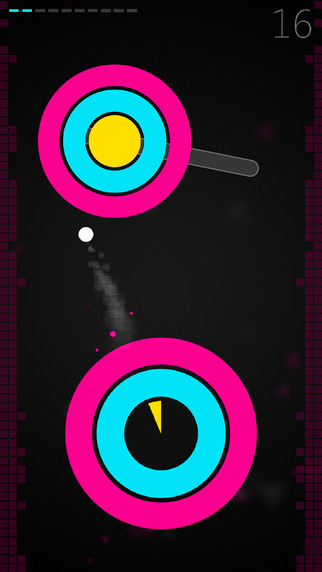 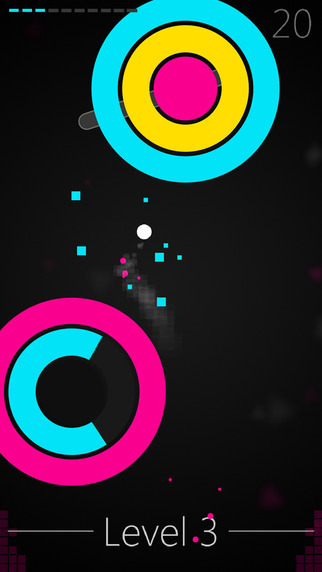 To sum things up, Super Circle Jump is a really cool game with the potential of becoming even cooler depending on how it is polished up in future.

For players who have fallen in love with it already, there may be a lot more in store for you…😉