Think smart phone games just aren’t as good as good old Console or PC games? Think again! Because Star Knight is going to blow you away!

To wrap things up from the very first paragraph, Star Knight is The Best 2D platform adventure style game we’ve ever played. Honestly the graphics look the same, if not better than a platformer we once played on a PSP! – Seriously…!? And, there’s more…

When it comes to gameplay Star Knight is awesome! Featuring a simple 4 button based control system that can be moved around the screen to fit your hand size, this game is not only one of the most beautiful games we’ve ever covered, but is also one of the easiest to play!

Now, if you’re anything like us, though the graphics and ease of gameplay matter, what matters the most is the story. The storyline behind Star Knight is a classic RPG with a much sadder twist most players would probably never imagine by just looking at the package!

To give you a peek into the story, the game actually begins with the tragic scene where “Rami” – the main character “Naro’s” girlfriend – dies protecting Naro from a fatal blow! Not your average “Save the princess” RPG… 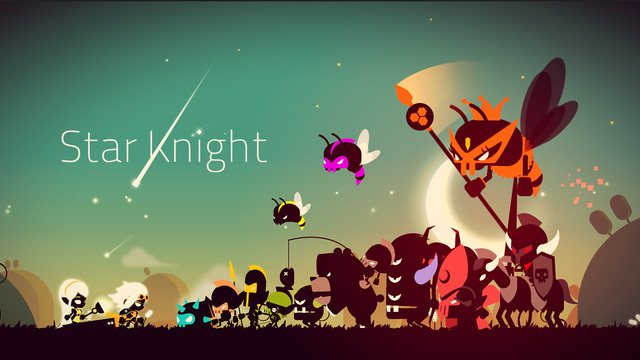 If you’re looking for a Console or PC grade game for your smartphone, you’ll have a hard time finding a better RPG than Star Knight.

Honestly, this game amazed us, and we’re sure it will amaze you too.