Paintballs! Have you ever played with these small round bullets filled with a colorful liquid that splatters? Hopefully you have. Imagine what would happen if you combined paintballs and basketball into one single game…! Pretty cool…

Splash is a bouncing, splatting, rhythm game that, depending on how you look at it, looks like both paintballs and basketball.

The aim of the game is to rhythmically tap on the screen of your device in order to bounce a black paintball on soft colorful cubes that, when landed on, splatter all over the white background of your game.

The further you progress through the game the smaller the cubes become making it harder and harder to land nicely on all the cubes. Eventually, the cubes will either become too small or you’ll slip from the rhythm, causing you land on the hard ground and splat into a black blob.

For people who like modern art, Splash is awsome. Once done – Game Over – you’ll actually find a button allowing you to take a photo of the beautiful piece of artwork you have just created. A very interesting touch we’ve never seen before. 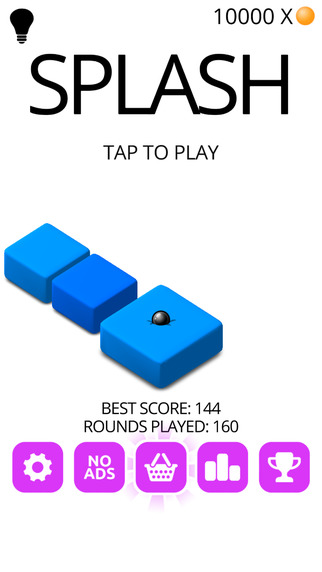 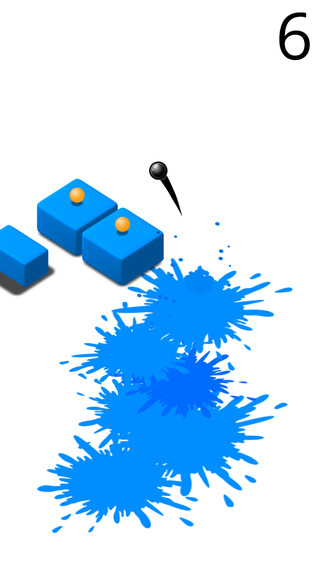 For artistic people – or people who just like things that “splat” – it’s a no brainer, you need this game!

Otherwise, we’re still sure you’ll love this game, just you may not be quite as enthusiastic about splattering paint…😉