Did you like Tiny Wings? If you did, REC is another one of those games bound to fascinate you for hours.

Developed by the Callipix team, REC is a game based on a little red ball that runs and bounces over and under obstacles in a mostly dark and bat filled world – or at least that’s where it is in level 1.

Probably the most interesting aspect of this game is its controls. You see, in most 2D side scrollers, the player controls one or two functions at most, ‘fire gun’ and ‘jump’. In the case of REC the player can control everything aspect of the ball’s movement by simply touching the screen of their device. This may sound difficult and at first is, but once you’ve gotten the hang of it, REC is surprisingly easy to play, and rather addictive.

The controls work like this, whenever your player is touching a black surface, by pressing on the screen of your device, your player will rapidly accelerate forward and shoot through the stage until it smashes into something and falls to its death… The speed at which you accelerate is tremendous, and at first is almost impossible to control, but by changing the length of your taps, and adjusting your timing, getting around stages becomes much easier.

The way you play this game, though inside a cave and not on the side of a grassy hill, surprisingly, reminds us of Tiny Wings. For Tiny Wings fans, we expect most of you to get a lot of fun out of playing REC. 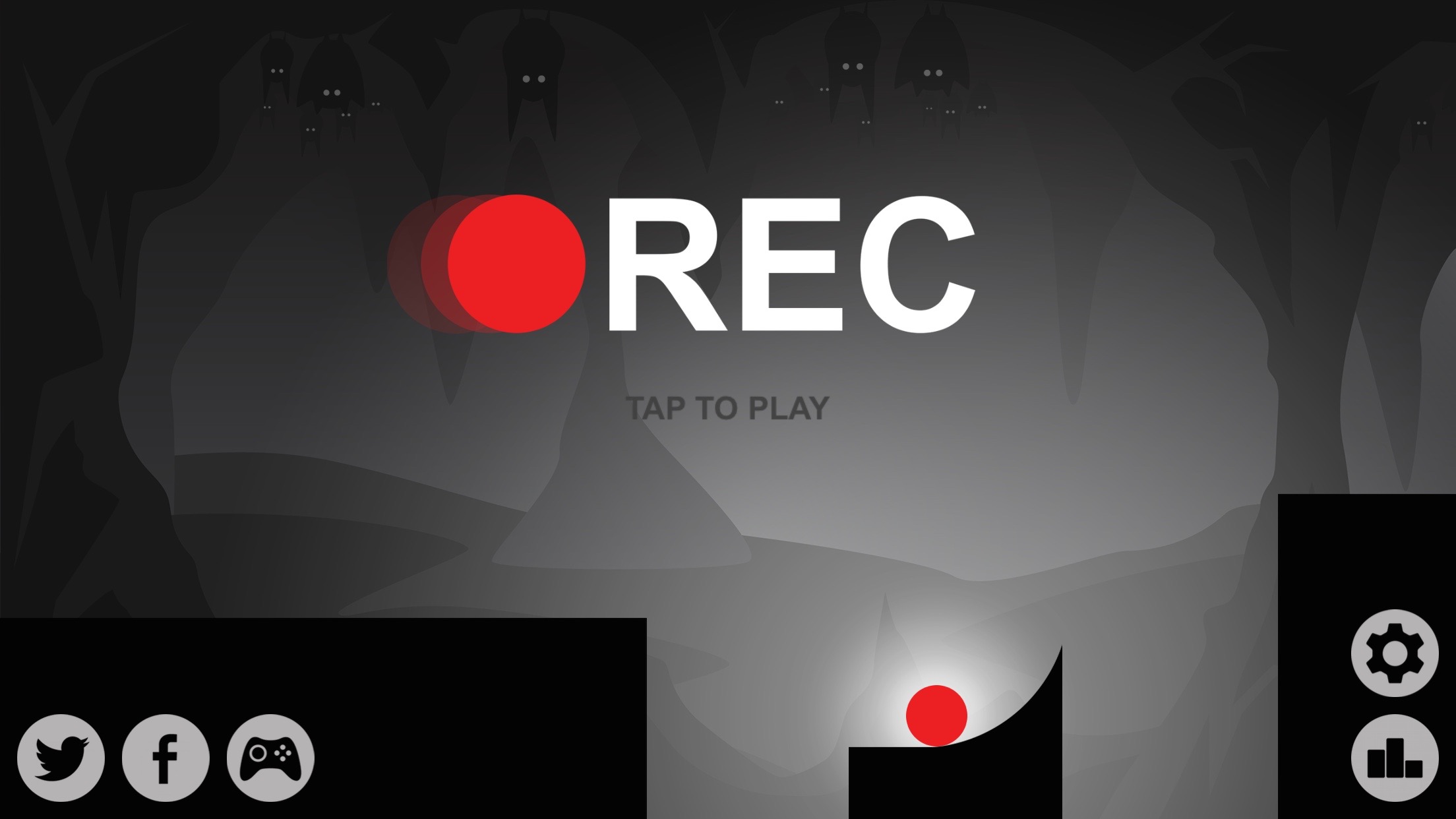 If difficult yet addictive side scrollers are up your alley, then REC is a cool new game we’d love you to try.