Were you a Doodle Jump fan back when it was popular? If you were, we just received a review request for a game with a “similar” feel, but with an entirely new game system.

Paper Stars by Charalambos Loucaides is a game that requires quite a bit of coordination. Your player – a cute box with a (helicopter?) on top – is controlled by tilting your device, to move right and left, and by tapping on the screen you can increase your players altitude.

These controls, combined with obstacles to avoid and stars to collect, make playing this game remarkably hard – not a game to play on a jolting train… – but very fun none the less.

Each level is made of a combination of “Obstacles”, “Stars” and one “Big Star.” The game is played by avoiding the obstacles and collecting all the “small” or “normal” stars in order to unlock the one big star. There is no time limit for players who hate time pressure, but there is a time bonus at the end making a little speed necessary. 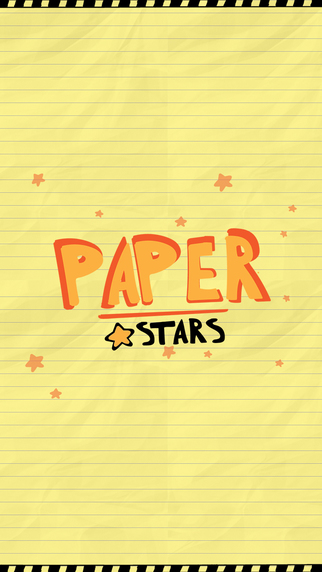 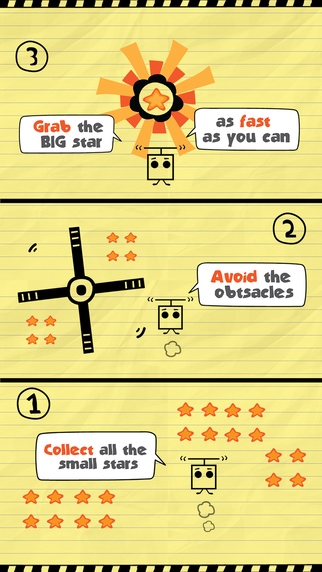 For those who like games with “Doodle” type graphics, Paper Stars is a fun, well made game with an awesome price tag (FREE).