If you’ve played Running Circles, Orbits will look like a very familiar game. You’ll find the same concept, circles connected together on a large map, and the same controls, tap to switch from the outside of the circle to the inside. At a quick glance, these two games will look, exactly the same.

If you haven’t read our review of Running Circles we would strongly advise you do so, because here, we’ll tell you a little about what’s different in these two games.

In Orbits, these is no limit for the number of times you can spin around in one circle. This is an awesome feature for cautious players, because you are given the chance to slow down and plan out your next move. Also instead of an endless labyrinth, where your goal is to collect as many gems as possible, in Orbits the game system is more like a puzzle in the sense that you are given levels, with set goals, and difficulty.

All in all if you’d like an action game, totally dependent on your reaction time, then Running Circles is no doubt the better choice for you. If however you’d rather think out your moves and plan ahead, Orbits is literally the exact same game just with a much more planable play style.

It’s completely up to you but personally, we like both. 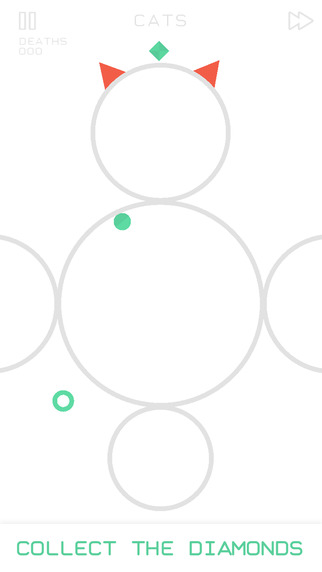 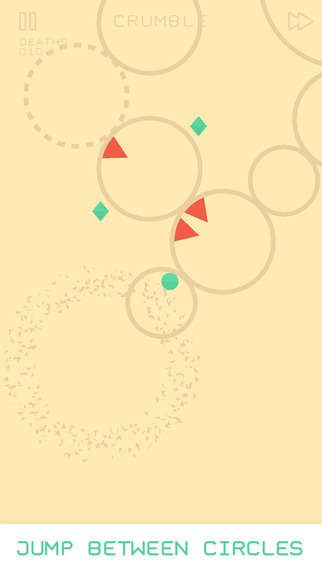 It always amazes us how two games that look virtually the same can, on the inside, be so very different.

If you happen to be studying app development, these two games are a great illustration of how one idea, one concept, can create two utterly different games; each unique and fitting its own player’s needs.