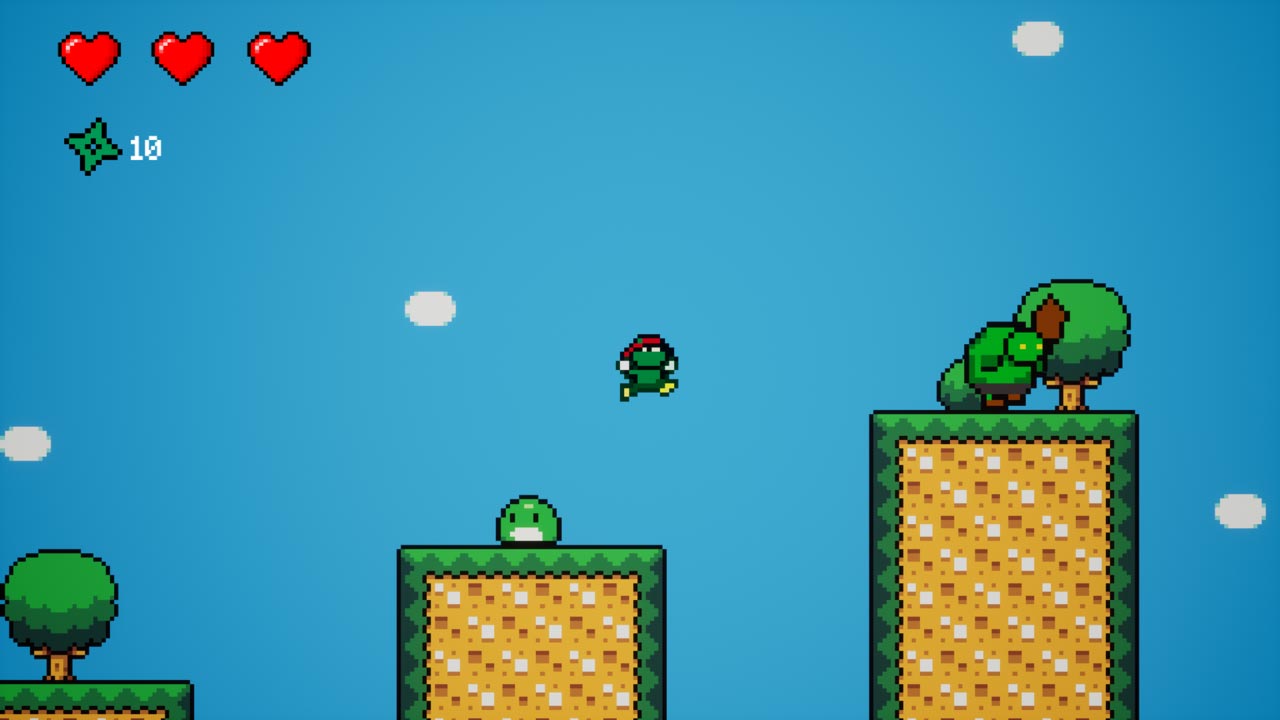 Ninja Midori (by Bajo Games) is a game with graphics that are so good, they actually do the game more bad than good. What? Ok, let me explain…

For anyone who enjoyed playing old school platform games like Kirby and Super Mario, you already know just how cute designers can make a few pixels on a screen look with some clever animations and design tricks. At first glance, Ninja Midori looks like a classic platformer game with cute characters and butter smooth animations – but once you “actually” start playing, things quickly begin to break apart.

With all respect to Bajo Games, we feel as though Ninja Midori is more of an experiment than it is a finished product for players to actually enjoy and here is why.

Ninja Midori is a paid game for Android costing players (A$1.79). This seemingly small cost is what we think starts the downward spiral for Ninja Midori because players in 2019 “expect” the quality of a premium mobile game to be nothing short of excellent – and Ninja Midori still has a long way to go.

For starters, we find the way in which everything other than our player seems to be subject to a different form of physics(?) very strange. Unlike in Super Mario where you can intuitively judge where Mario is going to land after a jump, we constantly found ourselves misjudging where our player would land causing us to either lose a heart or GAME OVER.

We also experienced getting damaged by enemies we destroyed during their death animation, our shuriken getting blocked by extra hearts, and almost getting trapped in a section of the stage with walls that were almost too high to jump out of.

Although none of these issues are instant dealbreakers (they are the sort of things you would probably just ignore in a free-to-play game) they aren’t the sort of issues you would normally expect to have to put-up-with in a premium game.

Overall, Ninja Midori feels like an experiment with one extra solid foundation (the graphics) everything else, although ok, could definitely still use some work.

If you’re a player, we would recommend waiting a bit to see how this game is developed and updated to feel more natural to play.

If you’re a new developer, we would highly recommend starting with a free-to-play game as it is way easier to get player feedback from a game that is free. We are confident we would not be ending our review like this if Bajo Games had more player feedback to work with beforehand.