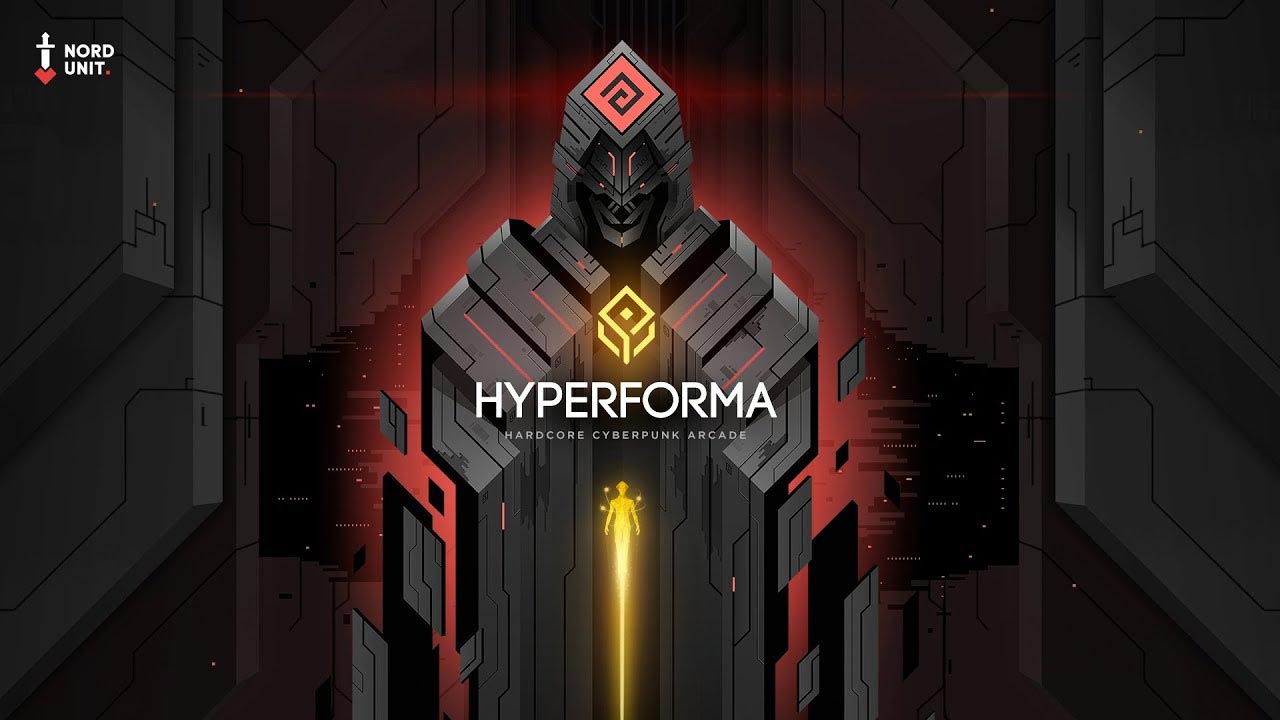 We all love classic games… If you really stop and think about it for a moment, a shocking number of the modern games we play on our iOS and Android devices are based on really old concepts we humans just never seem to get sick of.

Hyperforma (by Nord Unit) is a futuristic adventure game(?) set in a potentially not so distant future where planet earth is ruled by A.I. and the remaining remnants of human civilization spend their days scavenging the network in search of clues left by the ancients… Did you hear that!? We’re considered ancients!

…getting back on track, the game starts out with a warning quote from Elon Musk, so anyone who is into A.I. will probably find it super easy to fall in love with this game…😅

Jumping into the gameplay, Hyperforma features a new style of gameplay we’ve never really seen before. Featuring a similar sort of core mechanic to that of breakout, your mission in this game is to use your player – which will randomly bounce around the screen – in order to smash through a 3D cluster of bricks positioned at the center of your screen.

You can rotate this cluster of bricks in 3D space by touching and dragging on the screen of your device, but your player can only break bricks in 2D space!? It is all very confusing and can be much better expressed in a video rather than words… 👆👆👆

Each of the levels in this game is a layer of security which must be passed in order to hack into the Oracle Search Engine which pretty much shoulds like Google on steroids.😂

With a puzzling yet beautiful design – mixing 2D and 3D elements, a captivating story we have only just grazed the surface of so far, and no annoying Ads to interrupt your adventure, the worst part about this game is probably the price tag.

For a rather high price of US$4.99, some players will no doubt find Hyperforma just a little too pricey. But if you have the money, and you love a good story based around A.I., who knows? You may have just stumbled upon your next favorite game.

If you either really, really like breakout, or really, really like dreaming about what a future with A.I. technologies might hold, then this is a game you will probably want to check out. For comparison, there aren’t many books this interactive you can buy for US$4.99.

Although you won’t be faced with any super hard boss battles in a book so, maybe a book is better…? 😂

Pokémon Duel – Is this the next Pokemon GO?