Do you like those awesome scenes in movies where cars screech around, neatly sliding in between two cars to complete a perfect park? It sure “looks” awesome, but personally, doing it in real life dosen’t sound good… Unless, it’s in a game…!

Handbrake Valet is a game where spinning into a perfect curb-side stop requires nothing but a single “really well timed” tap. Though much easier than trying to perform such a stunt in real life, this game isn’t the easiest game you’ll ever play.

Your mission in this game is to tap on either the left or right side of the screen – depending on where the parking space is – in order to slide your car neatly into the available space without bumping the ferrari in front or the lamborghini behind!

With these simple rules – playing this game may sound relatively simple, just so long as you don’t bump into any cars… Unfortunately that’s not the case.

Firstly there will only ever be one available parking space. If you miss it you’re dead…

Second the speed at which your car travels changes pretty much every round, putting your timing off every time. 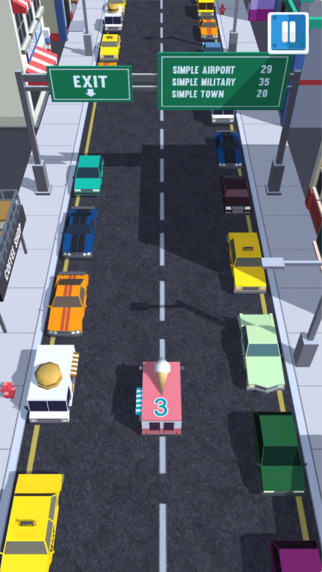 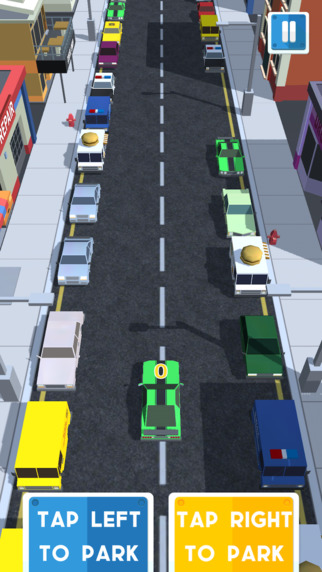 For players who prefer games that don’t require super high levels of pure skill, Handbrake Valet probably isn’t the game for you…

However, if hard games are your favorite thing, you won’t find a better polished 2D/3D parking game anywhere!