Have you ever noticed how strange the physics in games are? How do Mario, Sonic, and most other characters, manage to change the direction of their fall in mid air? It doesn’t really make sense. Gopogo by Nitrome is a game that makes a little more sense…

One of the biggest features that makes this game interesting is the fact that each jump is pretty much a decider between life and death. You see, unlike most other big title games, in Gopogo the physics are real, meaning once you’ve made a jump, there is no changing it. Each jump must be taken very seriously making this simple game, surprisingly difficult.

Knowing we couldn’t review a game like this without figuring out a way to clear it, or at least get a higher score than 3, we tried all sorts of tactics and strategies so as to achieve the highest score. In the end, we think we’ve figured it out.

Gopogo has a simple but useful feature we expect most players might overlook when playing. Since all you really have to do is jump left and right by tilting your pogo stick, and jump from platform to platform, it is extremely easy to get caught up in the action and over tilt one way or the other. When this happens it is almost a natural reaction to over tilt in the opposite direction in order to straighten things up. When this happens you’ll almost always jump right back off the stage, and more often than not fall to your death.

The secret to stop this from happening, lift your finger off your device’s screen, and things will automatically straighten up. Try it, it works! Especially when you’re jumping to a new platform, this game becomes significantly easier when you use this tactic. 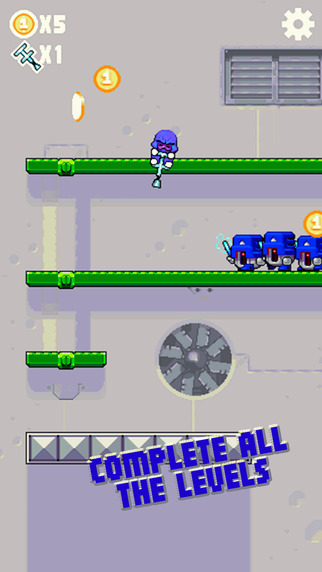 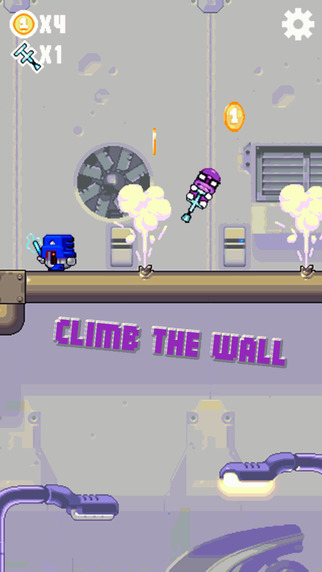 So, if you’re after a new type of jumper, a pogo jumper to be exact, Gopogo is a really awesome and addictive game, just so long as you get the hang of it…