Normally when you play a new mobile game, you don’t expect to find yourself dealing with a console grade game… Normally…

Eagle Fantasy Golf is the highest quality golf game we’ve ever seen. Not “seen to date” or “up until now”, this game could just as well be a game for the Wii, Xbox, or Playstation, but it’s not. It’s for mobile… What!?

Eagle Fantasy Golf as the name states, is a game about fantasy and golf. Equipped with your set of golf clubs – or “Swords” depending on your level – you and your player will be required to conquer the craziest and most fantastic golf courses that could only ever exist in a fantasy game!

Although the stages are awesome, as is the case with most fantasy games, you’re probably wondering about your character’s outfit, and we must say this game isn’t lacking here either!

The “golf uniforms?” you’ll find in Eagle Fantasy Golf could just as easily be used in a full on RPG and wouldn’t look strange or out of place in any way whatsoever. Replace your golf club with a sword, and you could just as easily go out and hunt dragons, as play golf on a course made of cakes! 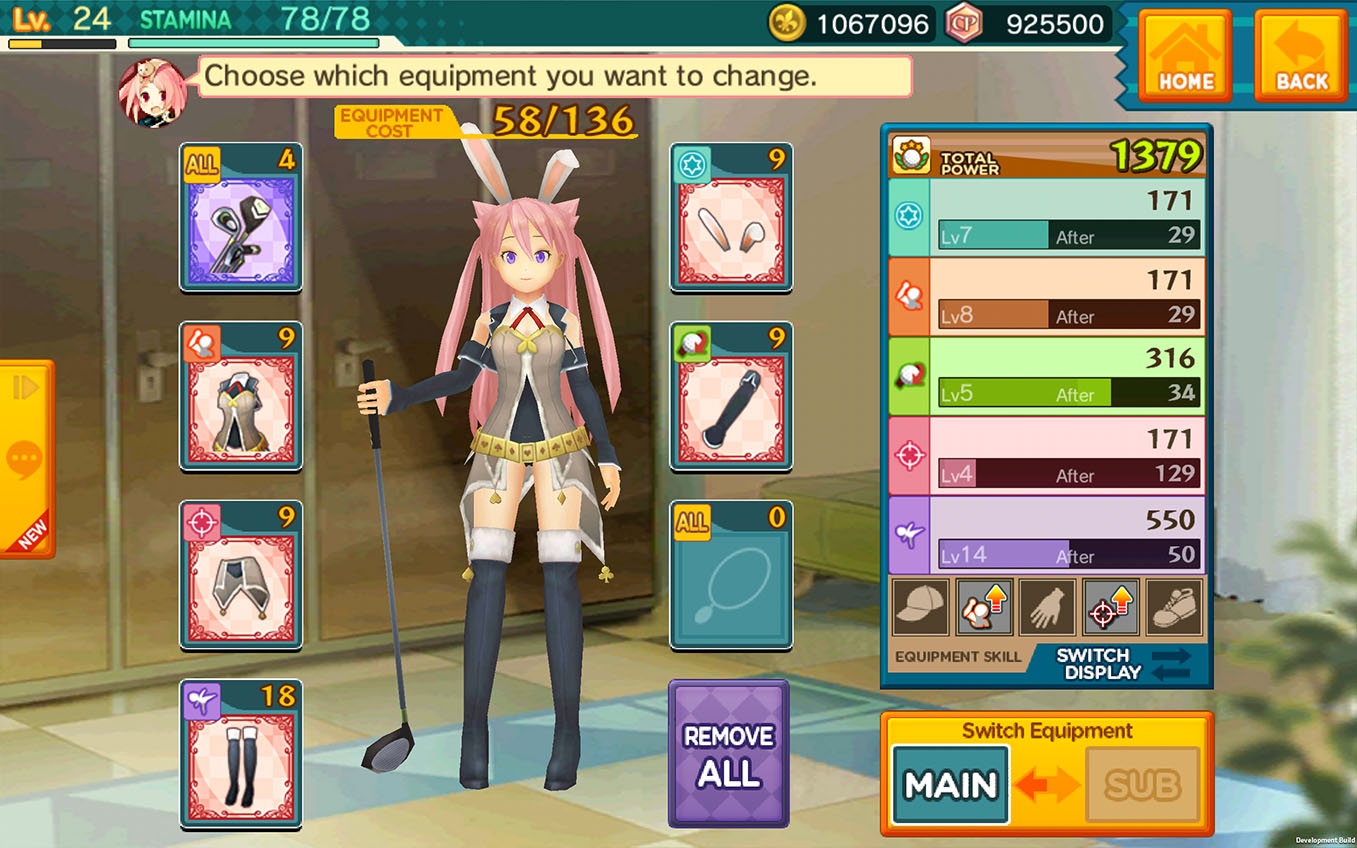 When it comes to game functionality, Eagle Fantasy Golf is by far the most functional golf game we’ve reviewed on Edamame Reviews. With full control over clubs, shot angles, after shot spins, everything, there is never a dull moment bringing life to a game (i.e. golf) that we don’t see many people playing in their free time…

Due to this game’s sheer size and level of functionality, trying to write a review that covers everything in this game while keeping things a readable length is preposterous, so we’ll leave the rest up to “Fio” – the cat loving tutorial girl in this game.

If you love fantasy games with cute Japanese anime style characters, this game is a new game with dozens of new and exotic characters to meet! Tired of saving the world with swords and magic? How about testing your fantasy powers on a new playing field. (i.e. on A Golf Course).