Darthy, though a really cool game, is in all honesty no different from every other 2D platformer available on the App Store. You’ll get pretty much the same controls, the same style of graphics, and the same sort of puzzling levels as every other game of it’s type. Now don’t get the wrong idea, our team at Edamame loves Darthy.

Why? Well, it’s simple, Darthy has one awesome feature that sets it apart from every other 2D platformer we’ve reviewed so far. In Darthy there is no Game Over.

You see, with most popular runner games such as Jetpack Joyride, Temple Run, and such, when you miss a jump, or hit a wall you’re almost always sent back to the the start of the game immediately, where you have to gradually work your way back up to where you previously were. Well, with Darthy- it’s different.

When a player dies they are only sent back to their last check point. This is an awesome feature for players who constantly find themselves dying at the same place and really saves a lot of stress and time on the players part. Plus check points are everywhere making the game friendly to light players. 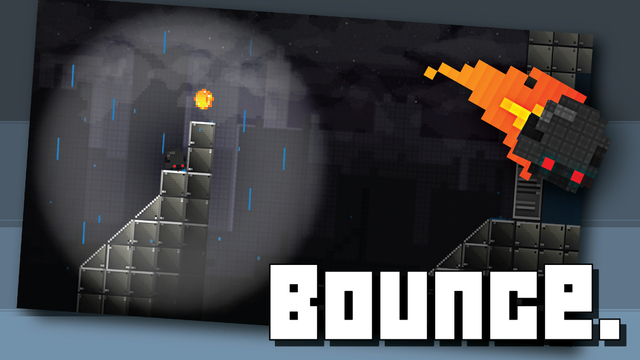 Though Darthy would have always been a cool game, with the check points it’s an awesome game!

If you’re like some of our review team and constantly find yourself dying on runner games, try out Darthy, it’s truly an awesome app!