Every now and then do you have this strange desire to play a ridiculously awesome game that doesn’t really make sense when you think about it, but is still awesome none the less?

Today we would like to share our interview with the QuickByte Team the developers of Canyon Crash. Need a good laugh? Check out our original review here.

Before we start, we’d like to thank the QuickByte Team for participating in our interview, and for spending some of their valuable time answering our questions. Thanks guys!

Ok first up, why did you decide to make Canyon Crash?

At QuickByte Games, we pride ourselves on always being in the process of prototyping new game ideas. We know that almost everything will be scrapped (or at least put in the prototype catalog) but you just never know when a random prototype will inspire someone in a totally unexpected way. Since we work on a self-imposed 8 week production schedule, we always need to have our next project lined up as soon as the last one is finished. We were fresh off the release of Blasty Bubs and our game designer, Maxime Doucet, was fiddling with the idea of a falling game where you moved the scenery instead of the characters themselves to make your way down. We liked the idea at first but the more we were looking into it, the more issues we were experiencing with the controls. We try to keep our games simple and playable in any situation, especially when you are on the move and can only use one hand. We then switched back to a simpler, one touch, direct hero control scheme and the moving blocks you now see in the game. It was frantic fun and with the different shapes, just different enough from other similar games to feel unique.

How did you create the cute, yet painfully accurate graphics in Canyon Crash?

The heroes’ design came from the mind of Vincent Maltais, our ace artist with a unique style. The first prototypes were just rectangle blocks with geometric shapes falling down. Early on, our artist added a watermelon texture to the walls as a joke and that stuck for a surprisingly long time. At some point, we were even actually considering a fruits theme for the game… thank god we changed our minds, that would have looked silly. With people often commenting about the cute characters of Blasty Bubs, we started thinking about having cute characters skins over the simple shapes. Having only faces on the shapes, much like in Blasty Bubs, just didn’t feel right in Canyon Crash so we decided to add flailing limbs to all of our characters, which instantly made everything look more silly and fun to watch. One thing led to another and suddenly some characters even had accessories they could lose during their crash, adding to the silliness of it all. As for the voices, unless you looked at the credits, you wouldn’t know they were actually members of the teams and friends that recorded them. We used some of them in Blasty Bubs but we had recorded so many that there were still some left to be used in Canyon Crash. There are clearly some talented voice actors hidden among our ranks, at least as far as pain noises go!

Is there a secret/method to getting a super high score most players may not be aware of?

Our community manager, Charles Demers, has established #TuesdayTips on our social media pages where he shares tips and tricks on our latest games every Tuesday. I’d suggest to everyone looking for the best tips for our games to stay tuned on either our Facebook or Twitter pages. The biggest tips that we could give you right now for Canyon Crash is to get to the higher value gems as fast as possible when the game starts. The big bad laser catches up to you instantly if you go down too fast but as soon as it appears at the top of the screen, it goes down at a predetermined speed and speeds up over time, not distance down the canyon. By reaching the higher value gems as fast as possible, you’ll have more space to maneuver and concentrate on grabbing gems for a better total score before the laser catches up to you… 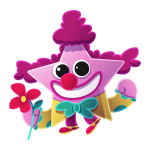 What is your team’s favorite character in Canyon Crash?

Ron! He’s the big bubbly blue guy with big shiny eyes that you can unlock in the game. He’s pretty much the team’s unofficial mascot and we try to sneak him in everywhere we can. He’s in Blasty Bubs, he’s in Canyon Crash and who knows, he might even get a game of his own some day! 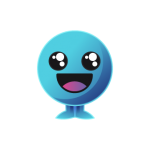 How could you “not” fall in love with a guy as cute as this!

Now for some geeky questions. What programming language and or software did you use when making Canyon Crash?

Our games are made using Unity 3D from prototyping to the actual final game. We also use the C# programming language and use most of the Adobe Creative Suite. 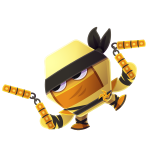 Ok, here is a difficult question. What was the hardest problem you needed to overcome when developing Canyon Crash?

Finding the right control scheme was one of the biggest challenges we encountered. Like I mentioned earlier, we had a prototype for a long time where you would not control the shape going down the canyon but where you would move the blocks forming the canyon itself to make a pattern for your shape. Even with that scheme in mind, we had trouble finding the block behavior that felt right. Can the player move every row individually at any time? Can he move only the current row the shape was on? Can he move only the row directly below the shape? What happens then if the shape gets squeezed to the side? We went back and forth between those many times and almost considered dropping the prototype entirely before we decided to just try the “classic” controls one last time. The big difference is that by that time, we now had multiple shapes with different characteristics and combined with the movement of the blocks, the classic hero movement controls felt just right! 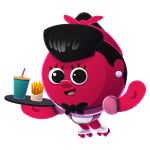 EVERYWHERE! The whole team is always trying new games and bouncing ideas with each other. Sometimes we even find games that none of us had seen before that use mechanics almost identical to one of our ongoing prototypes. Having a designer able to prototype our silliest ideas at lightning fast speeds allows us to see rapidly if an idea will work or not, which is essential to our model. We also like to dig in old school arcade and early console games. They had simple mechanics and accomplished a lot with rudimentary technology. Arcade games were also meant to be quick, easy to pick up and hard to master by design and a lot of what made some of those games classics is found in the biggest hits on mobile. 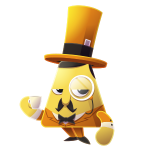 A few words to Canyon Crash fans on Edamame Reviews.

Follow us closely and don’t blink because we are always on the brink of releasing something new! Our next game will be coming sooner rather than later and we feel that although it is different from our previous projects, once you get going you’ll have a hard time putting it down. We also want to invite everyone to visit www.quickbytegames.com and to sign up for our Beta Program to get the chance to play our next games before everyone else and provide feedback that might end up in the final product. 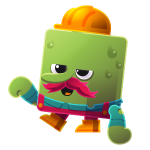 We are glad that a site like Edamame is there to try different, niche games and not necessarily the most mainstream mobile games. There are incredible gems that are hiding in the stores that go unnoticed and just need a little push to get some eyes on their games. Your reviewers also write short and concise articles with a hint of humor that makes each of them a delight to read.

Love our interview with the QuickByte Team?