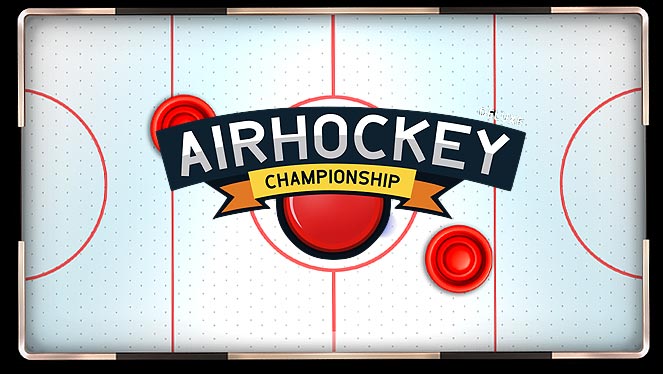 Akos Makovics has always shocked us with the amazingly beautiful games he and his small team manage to put together, but Air Hockey Championship Deluxe is kind of on another level. This game is basically a childhood dream come true! ❤

For anyone who has actually considered purchasing a full-sized air hockey table for their living room, this is one of those games you really need to check out.

Why is this game so great you may ask? Well, the answer to that question is likely much simpler than you may at first realize. Air Hockey Championship Deluxe feels less like a video game and more like good old reality! 😆

If you’ve ever played a game of air hockey in real life and loved it, there really isn’t a lot more that needs to be said here. Get this game. You’ll love it. (End of Review)

Just kidding, we’ve got a little more to talk about. So why does Air Hockey Championship Deluxe feel so realistic? So far we’ve come up with 2 fairly simple reasons.

Although a large portion of this could likely be accredited to the game engine being used to create the game, polishing the controls to react the way you would expect them to in real life is by no means an easy task and we respect the work that must have been put into making the pushers and puck respond so perfectly.

*One addition we would love to see in a future update would be some form of haptic feedback when our pusher hits the puck in single-player mode. This would make the game feel even more realistic!

The second reason why we believe this game feels so real is actually the AI. A lot of the time, the AI in the games we feature are designed in such a way that prevents them from making any mistakes – a little like that one robotic uncle we all have who never lets anyone win… like ever…!

The AI in Air Hockey Championship Deluxe actually makes mistakes, which not only makes the game winnable, it also makes the game feel more like a real game of air which is probably what you want since you are still reading this fairly extensive review.

The only thing in this game that isn’t really all that realistic is the graphics. Although if you actually want realistic visuals they do exist, alongside a whole host of cool and somewhat retro themes that can be unlocked by completing missions within the game.